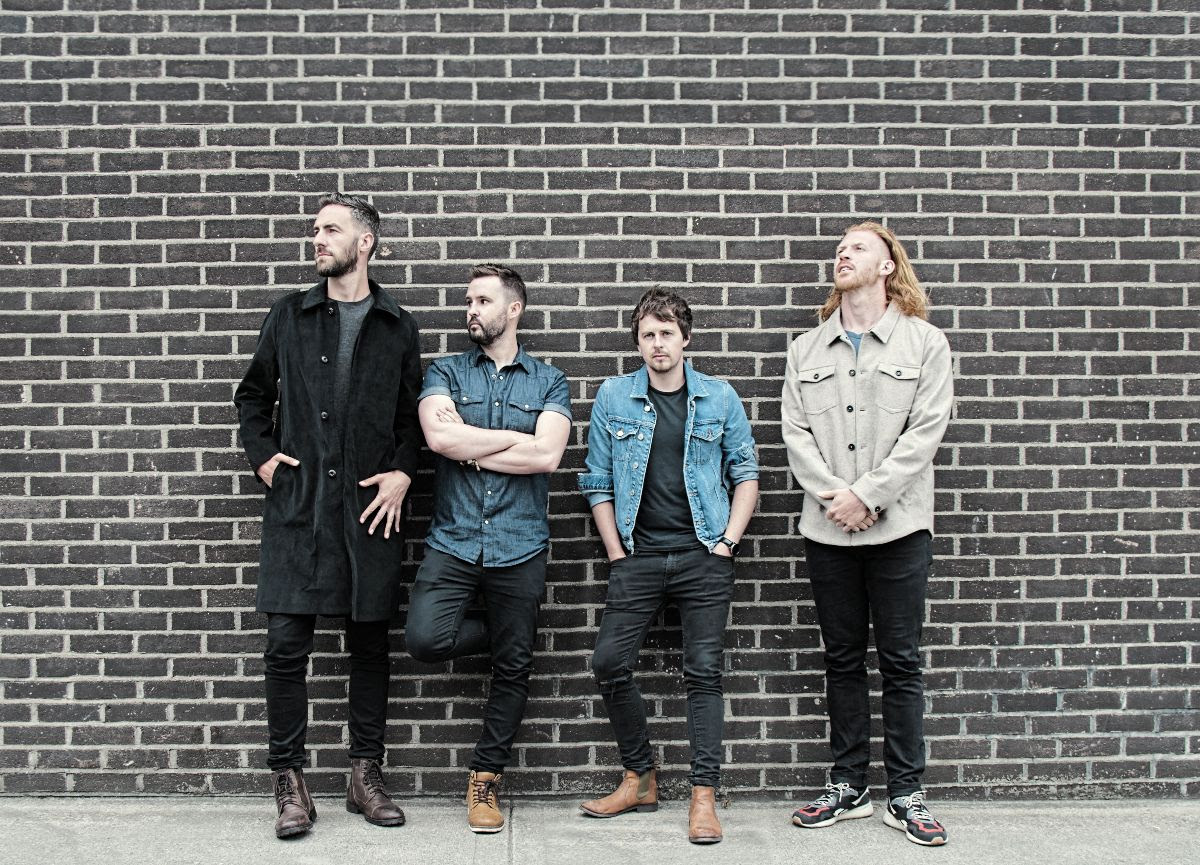 What can you do in three seconds? That’s how long you’ve got. Three seconds to grab the attention of a passerby and hook them. The members of Keywest all honed their skills as buskers on the streets of their native Ireland before creating their new single ‘C’est La Vie’ which is taken from the ‘Ordinary Superhero’ album; released by Marshall Records on 11 October 2019. The band became so popular that they created gridlock whenever they played, echoing the early days of the nascent U2. The Keywest fanbase grew and the 4-piece band is now a multi-Platinum act in Ireland having sold over 150,000 CDs. They have kept that immediacy within their music, they know how to communicate, how to draw and hold an audience. Now, Keywest mark the release of the album with a string of highly anticipated [they sold over 1000 tickets in Liverpool for their show in March!] UK dates as part of a European tour. This is a band on the move in every sense.

‘Ordinary Superhero’ showcases the strength and delivery of their compelling original material, with ten original tracks delivering a heady blend of rock, pop and folk. There’s an embarrassment of riches here, including the singles ‘I’m Not Me Without You’ which features Una Healy of The Saturdays and ‘Don’t Let Me Know’, and the track that asks the most pertinent question: ‘What Are You Waiting For?’ What indeed, Keywest have got it all.

The band said, “We outgrew busking, which I think the residents of certain streets in Ireland were pretty pleased about, and this tour sees us growing once more. ‘Ordinary Superhero’ is a collection of songs that we are incredibly proud to be taking to the fans. It’s taken us a little time but I think we have people’s attention now and we plan to keep it!”

Sell out Irish tours and support slots for the likes of Bastille, Hozier, Kodaline, Bryan Adams and Thirty Seconds To Mars have led to the band becoming a mainstage act for Ireland’s largest festivals. They are also now a draw on the UK circuit having featured at Cornbury, The Great Escape, Country 2 Country and the massive British Summer Time at Hyde Park. This UK tour to mark the release of ‘Ordinary Superhero’ will see their fanbase grow yet further.

With this their largest ever UK and European tour, Keywest are bringing their sound and songs to an ever-growing audience. The title ‘Ordinary Superhero’ sums up what the band are about; starting on the streets but surely aiming at the stars. We’re all watching Keywest now…