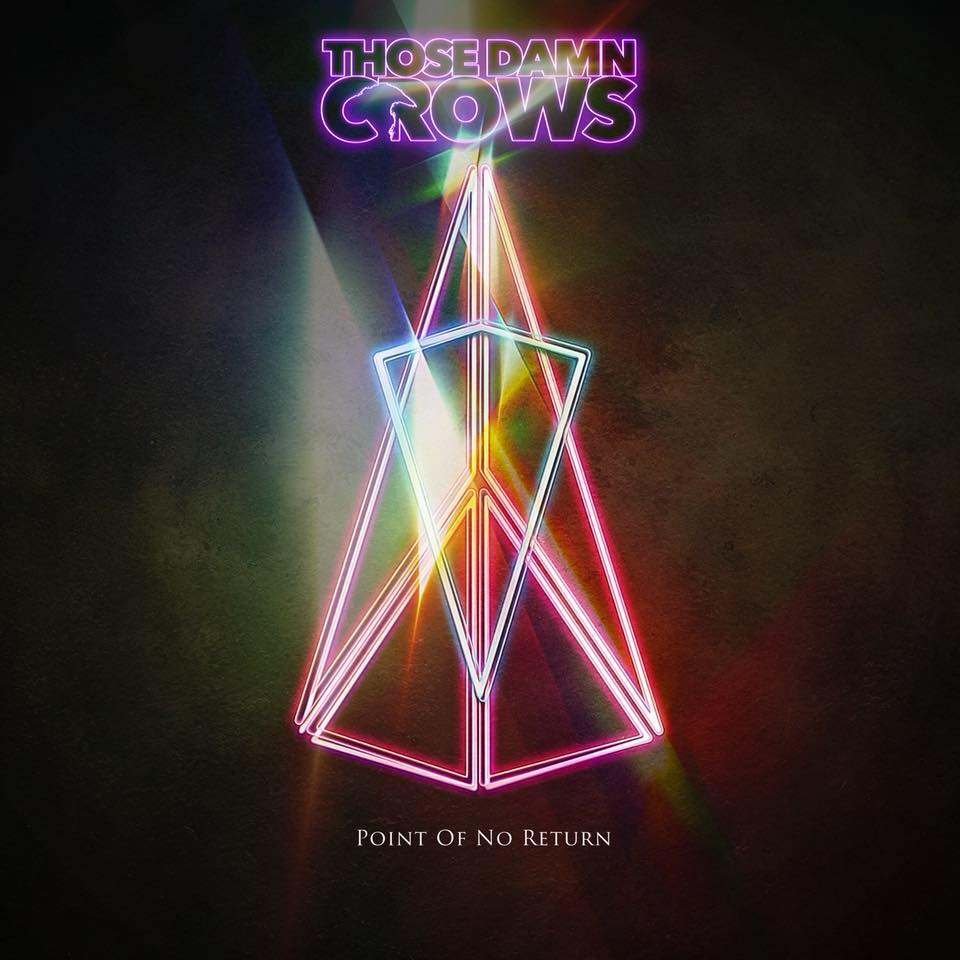 Arguably one of the best bands coming out of the NWOCR generation, Those Damn Crows have finally put together a follow up to their highly prized debut ‘Murder And The Motive’. Their devoted fans, of who there are many, are eagerly waiting the 7th of February, barely being able to control themselves. Of course a few tracks have already been released as singles and a couple have been played at recent concerts, as they have been a while in the making. This has kept the pressure off a little and allowed us to sample what is to come, however, ‘The Point Of No Return’ is made up of 13 tracks, so how good is it overall ?

Those of us who have watched TDC recently may have already heard the first track ‘Who Did It’ a shockingly good creation, with a groove a mile deep and vocalist Shane Greenhall in fine form from the off. It does have a meaning, as it relates to the high suicide rate in Bridgend South Wales, where the band are based. ’Set In Stone’ has racy and thunderous riffs, with a chorus to match. The constant pounding of Ronnie Huxfords drums are prominent on ’Sin On Skin’ which is about the signs and results of depression. After the powerful deliverance of these three, ‘Be You’ is more soothing and demonstrates how well TDC can combine and deliver with variety. This is proved with ’Never Win’, a track of exceptional beauty, with the addition of keys, this is one hell of a ballad.

’Send The Reaper’ is another with a tremendous chorus, a flowing number with plenty of guitar hooks from Ian ’Shiner’ Thomas and David Winchurch’. The trend is more gritty on the rocking ‘Going Down’ fast guitar and it has to be said here that the production is absolutely perfect. I haven’t heard an album with so much focus on the drums like this for a while, while taking nothing from rest of the band, you don’t miss any of Ronnie’s strikes. Listen to ‘Long Time Dead’ for more evidence of this. It all gets a bit heavier on ‘King Of Second Chances’ with a thudding of the six strings, although Shane still maintains his solid presence. I saw him perform at the recent Cozy Powell celebration show, getting up and singing some Whitesnake, decent of him to make the journey up to the Midlands and do that for charity. We continue with the heavy and thrash inspired intro of ‘Go Get It’, dual guitars distorting and of course crashing drums, it’s a clever piece. ‘Hey Man (Look At me Now)’ is full of fluidity and some remarkable bass from Lloyd Wood. The last track ‘Devil In My Pocket’ has a superb drum intro, a brilliant riff and steadfast vocals, this is the sort of sound that defines TDC.

Being able to record and produce music like this and their dominance on the live scene, with a sold out tour currently underway, speaks volumes for this band, they are on the journey to bigger things, no doubt about that. The aptly named album, is a result of the hard decisions and choices, made in order for the band to evolve. Definitely a result, this will be one of the albums of the year.

Produced by Colin Richardson who has also worked with Machine Head and Fear Factory to name just a couple and recorded at a favourite of Judas Priest and Megadeth, being Andy Sneap’s Backstage Studio, ‘Point Of No Return’ is released on Earache on 7th Feb. There are plenty of formats to choose from HERE With limited versions , Purple Vinyl and signed CD’S. I would advise buying ASAP as sure to sell out.

If you are unable to catch them on this tour, they are appearing later in the year at some UK Festivals, go to the FACEBOOK or WEBSITE for more details.

Hey Man (Look At Me Now)

Devil In My Pocket

‘they are on the journey to bigger things, no doubt about that’