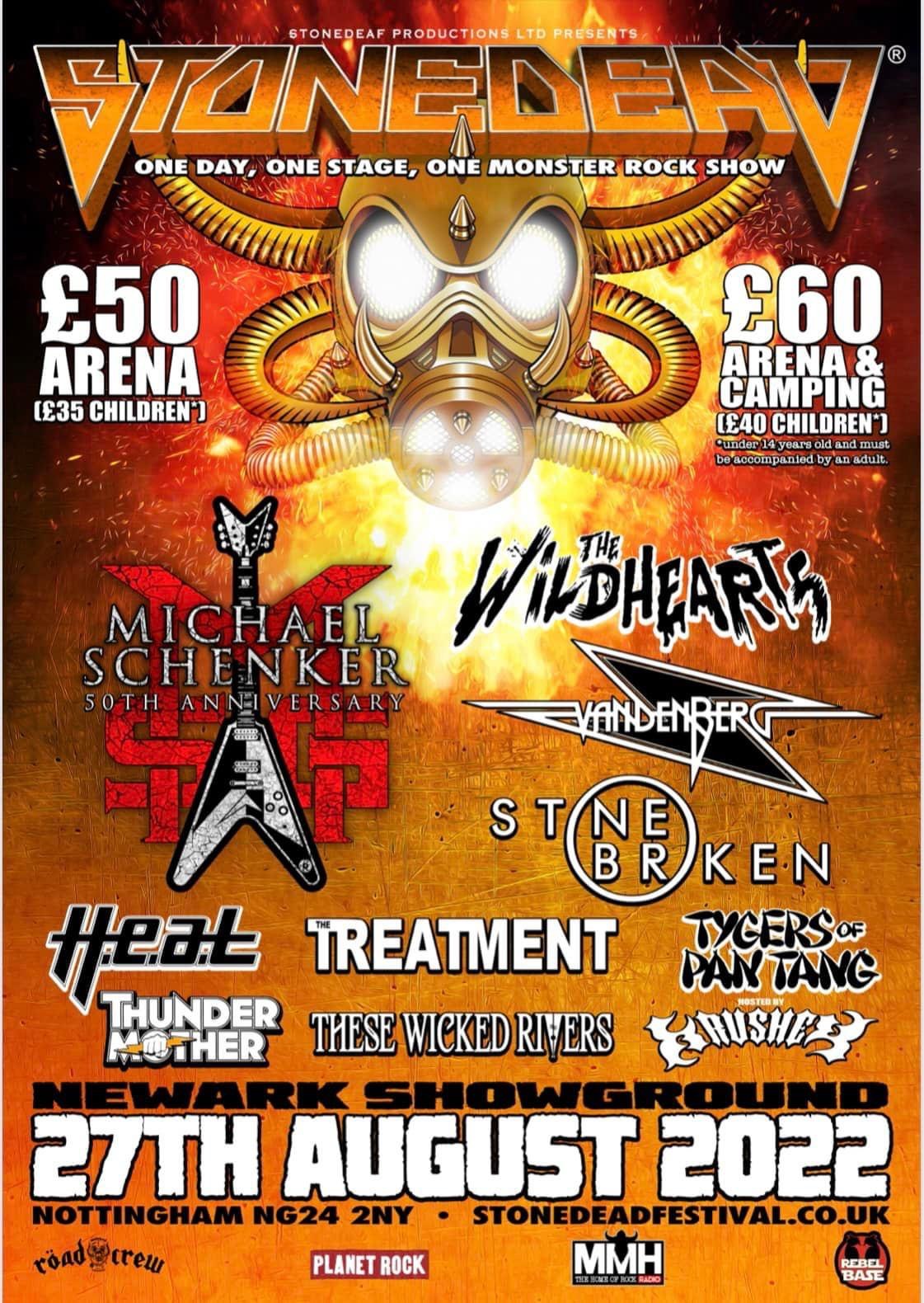 We are delighted to announce that the Opening Poll Winner for STONEDEAD 2022, is These Wicked Rivers. The competition was very fierce with a fantastic number of bands entering and votes cast for the Opening Poll. We would like to thank all the bands who entered and all those people who took the time to vote.

Established in 2014 and hailing from Derby they draw their influences from Black Stone Cherry and Clutch. The band have made quite an impact since their inception with their own brand of blues-infused modern rock, rapidly picking up plaudits for their spectacular live performances using their ‘Grandma’s Living Room’ stage set. Their debut album Eden went down a storm and with more music planned. The production team were very impressed and are sure that These Wicked Rivers will kick start STONEDEAD 2022 off with a bang.

Get Tickets Via MMH Radio
mmhradio.co.uk/stonedead-festival-2022

Get Tickets Via MMH Radio
mmhradio.co.uk/stonedead-festival-2022

To kick off Stonedead Festival 2022, MMH – The Home Of Rock Radio are bringing one huge party with 3 bands to start the Bank Holiday Weekend in style. With DJ sets, competitions and more! On Friday 26th August 2022 Newark Showground

Helping MMH – The Home Of Rock Radio celebrate their 10th year anniversary. Formed in 2008 Sheffield based English rockers described by Metal Hammer Magazine as being able to ‘bring the party and they bring it hard – one of the finest live shows on the British circuit’ Black Spiders offer fast paced high- energy, feel-good rock n’roll, contrasted by demonic doom. With their self-titled album Black Spiders (2021) reaching No 7 in the independent album chart. Black Spiders are: Pete Spiby (guitar/vocals) Ozzy Lister (guitar/vocals) Adam Irwin (bass) Mark Thomas (guitar) Wyatt Wendels (drums). Having previously played at Download, Hard Rock Hell, iTunes, High Voltage, Sonisphere, Graspop, and Bloodstock festival to name but a few. We know that FUBS will rule the roost on the Friday night.

Thwarted by coronavirus for 2020 and 2021 we are delighted to bring back Massive Aus to Stonedead Festival. This time they will be providing the ‘full throttle’ experience in full on the Friday night. The Aussie beer drinkers and party hard rock’n’rollers give their absolute best each and every time they take the stage. Drinkin’ beers and smashing ears. Massive are: Brad Marr (vocals, guitar) Ben Laguda (lead guitar, backing vocals) Brenton Kewish (bass) Andrew Greentree (drums)

Classic sounding hard rock band Revival Black strike out of the cultural heartland that is Liverpool, England. Kicking us off in style with their own brand of honest rock n roll, drawing upon the classic sound of the 70’s with a strong foothold in the modern day, Revival Black have firmly planted themselves within `The New Wave of Classic Rock` family. Revival Black: Dan Byrne (vocals) Alan Rimmer (lead guitar) Adam Kerbache (guitar) Jamie Hayward (bass) Ash Janes (drums)