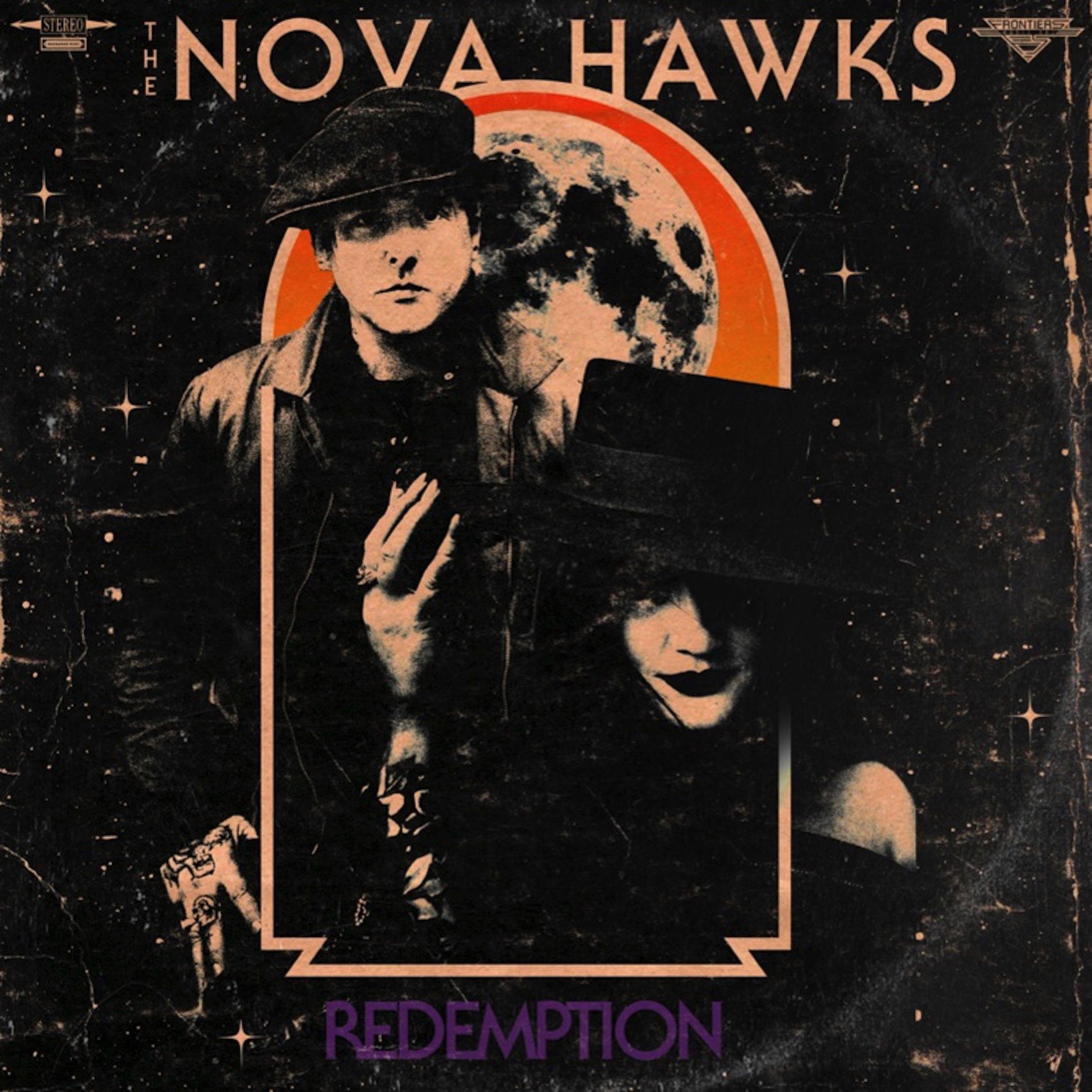 The Nova Hawks are from the West Midlands and are made up of Heather Leoni and Rex Roulette. Being signed to Frontiers Records last year is an accomplishment in itself and speaks volumes for the high regard that this duo are held in. There has also been a vast amount of air play on Radio and Social Media, for the two singles, that have already been released off the album, being ‘Voodoo’ and the title track ‘Redemption’. Written to reflect all the emotion, personal memories and experiences that both Heather and Rex have encountered, this debut long player is a visionary and sentimental journey, the writing taking place in several locations in the US, as well as the UK. So the style and sound of each individual song, reflects those places.

‘Voodoo’ is the opening song and if this has been your first encounter with Heather’s vocals, you probably suddenly sat bolt upright, at the sheer dynamic and powerful way she sings. A stomping melody, with off the wall guitar from Rex and devilish lyrics, the end product is a screaming and theatrical tour de force. The title track ‘Redemption’ has a low and tempting introduction. Harder on the frets and having a punishing rhythm, it sparks with energy. The vocals gain intensely and the overall effect is a molten block of harsh rock. ‘Dusty Heart’ wanders with a softer glow. A lament, with Spanish and Latin influences, it winds like a desert highway and is, of course, heartbreaking all the way to the exit. The next composition ‘Witxh’ is more psychedelic and Heather pounds the lyrics not unlike Grace Slick. The ambiance gets really ‘freaky’ towards the end, yes Grace would like this one. ’Technicolor’ is US Country Rock and Gospel, Heather is bolder and holds onto the words. With lashings of ‘choir’ backing harmonies, the song reverberates and pulsates with oodles of soul.

There’s a strong upbeat feel about ‘Pills’, jazzy and funky with an essence of Melanie and the early 1970s. The guitar is let loose adding texture and I like the short and sharp vocal lines from Miss Leoni. ‘Run Wild’ has warm guitar and laid back strumming, clear and crisp with stacks of backing vocals. Heather has quality and manages to adapt her technique to suit each number. Down to more refined tones on ‘Locked Inside’ and the title speaks volumes. Pleasant on the ear and taking a step back, it just flows, there’s a decent guitar solo to ride it out and high pitch vocals create the required feeling of helplessness. ‘Greed Or Glory’ has true Southern Rock atmosphere. Rich and glossy guitar strings are joined with a helping of bluesy and Cajun vibes, then it gets all swaggering and messy to finish. We return to Country on ‘Love Games’ It’s so fresh sounding and  a simple all out rockin’ number. A strong tempo holds all through, making it catch in your head. The download I’ve been given has an added bonus track, which is an acoustic version of ‘Run Wild’ and proves that The Nova Hawks certainly hit the mark.

I am left in awe of this duo, the amount of technical ability is outstanding and the voice of Heather Leoni is crushingly brilliant. I am often amazed at the fullness and finesse, that just two people can produce musically and this is no exception. The mix of Country, Gospel, Rock and Blues that The Nova Hawks have recorded, is a refreshing change and each song contributes to give this album exemplary balance. This pair would be at ease at any festival or event, be it Rock, Blues or Folk, as their style is so broad. A style, may I say that puts them so far out of the box, that it’s impossible to define them in just one category. Isn’t this what we adore about pure talent and how diverse it can be? Listen to ‘Redemption’ and venture into the unorthodox and enthralling world of The Nova Hawks.

‘ Each song contributes to give this album exemplary balance’

Catch up with The Nova Hawks on links below –