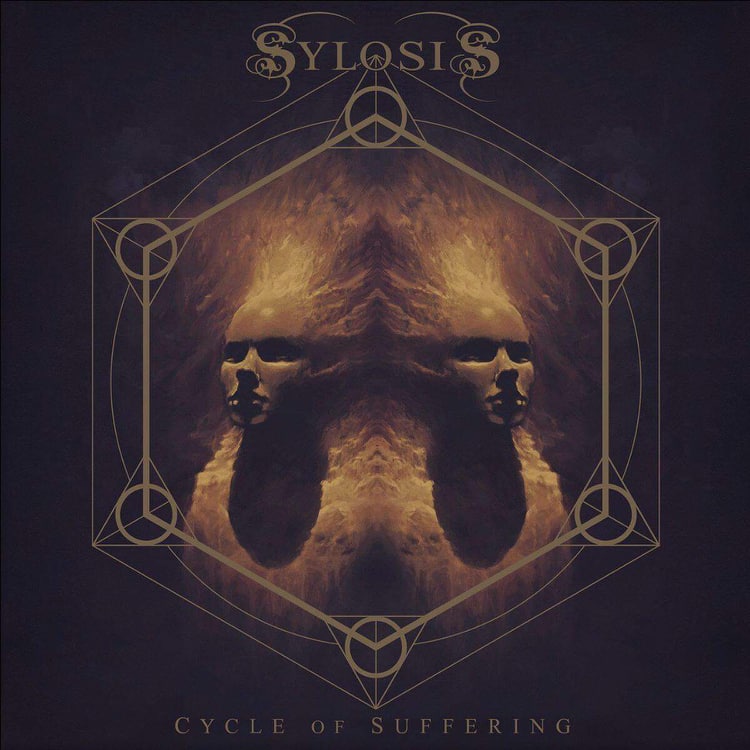 Well it’s finally here; a new Sylosis album. After a lengthy hiatus, the band are finally back and ready to regain their momentum they had years ago. Josh Middleton has been busy with Architects, originally filling in on guitar before making the move permanent. However, he never gave up on his former band. Instead, he allowed plenty of time to regroup and record material which would exceed expectations.

You wouldn’t have known if Sylosis had a four-year break or a four-week break after hearing the first track. They resume their career, showing no signs of ring rust with the opener, Empty Prophets. The band waste no time in projecting their intent with this new album, reminding everyone of the aggressive sound that first brought them success. Empty Prophets has a great balance to it; plenty of thrash, a couple of heavy breakdowns and some badass riffs. Despite not including breakdowns much in their earlier work, there’s certainly no lack of them on this album. This song is a wake-up call to any doubts that were surrounding the bands return. Blasted away by a blitz of noise.

The second track deserves a special mention. Yes, you’ve probably already heard it seeing as it was released as the first single back in December. But that’s what makes this so impressive. It’s the first song Sylosis have released since 2015, and it’s one of their best. I Sever is a calculated bombardment that is mixed with technical brilliance and a slick solo. If they can replicate the passion and precision of this song in a live setting, it will impress even the most elitist of metal fans. Ironically, for all of the bands creativity and ambition, the two words ‘I Sever’ being screamed in the chorus is almost what makes this song a single. Now all they need to do is get fans chanting it at shows.

Songs such as Cycle Of Suffering and Calcified really present the fully evolved version of the Sylosis sound. If I had to sum it up in two words, it would be technical aggression. While they are no doubt a heavy band, the potency of their sound is something to behold. Arms Like A Noose is far from your average song, yet it has a strong sense of belonging on the album. While it doesn’t really have an outlying chorus as such, it has more impact without one. A mellow intro section is succeeded by blistering drums and riffs that even Metallica would admire. The band are on top form here, showing off their inventive spark between the instruments with a cool call and response section at the midway point of the song. Not only does it provide a great transition of sections, it further illustrates how tight and cohesive they have become. Capped off with a killer breakdown, Arms Like A Noose earns top marks from me. My favourite song off the album, other than I Sever.

The Cycle Of Suffering comes to an end with a finale that was maybe a little unexpected, but one that closes out the album brilliantly. Additionally, it was the only thing I was looking for from the album that I hadn’t heard yet. It’s not a trademark track, as anyone could tell by the soft piano intro. Abandon is a more melodic and dynamic song, as opposed to going all-out-guns-blazing metal. Also, it’s a lot slower and simpler than what the fans are used to, which allows the chorus to sound bigger and fatter. The band drop down in the verses and build to the choruses, which they use melodies and the powerful screams of Middleton to give it that extra impact. They took the blueprint of a ballad, extracted the cheesy lyrics and transformed it whilst still sounding true to the genre. That really illuminates how talented and capable these guys are. I knew if they threw some clean vocals in there it would work, and it worked really well here.

In conclusion, I think this is an excellent effort. While they may have been on a four-year break, Cycle Of Suffering shows a level of musical maturity and togetherness that other bands might never reach in their whole career. Furthermore, the album is a sonic assault in which the band are consistently on the offensive. An album that would prepare the listener for entering a battlefield. They’ve done what a lot of modern bands have failed to do; they’ve made a thrash-influenced album by combining vintage concepts and putting their own fresh spin on it. I haven’t even covered all the songs, and there’s many others on the track listing that are just as good, if not better. I really hope this release propels them to the next stage of their success. Sylosis aren’t here just to hang and tour with the big bands, there here to establish themselves as a true household name within metal. Just please don’t go another five years without releasing your next album lads. That’s all I ask!

Highlights: I Sever, Arms Like A Noose, Empty Prophets

Cycle Of Suffering is available now via Nuclear Blast Records and can be purchased here.