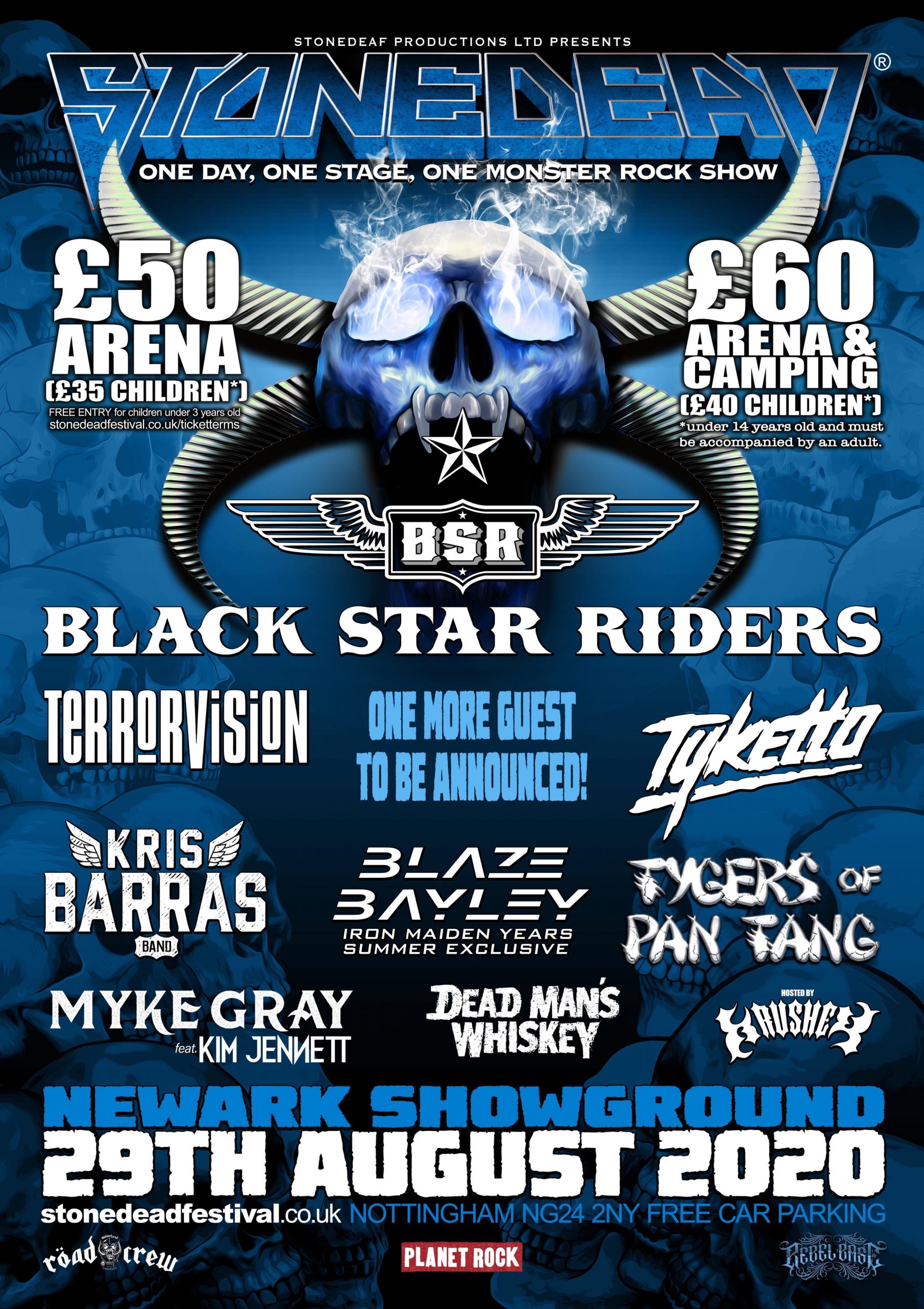 Stonedead 2020 is an outdoor one day, one stage, monster of a festival where rock music reigns eternal. Stonedead is now firmly placed on the rock festival map and places the rock fan experience at its core. Come and see it for yourself! With the 2020 Stonedead Opening Poll competition crammed full of talent and the final 10 bands being of such a high caliber, made for a difficult decision for the Production team. We are delighted to announce that the band who will open the 2020 Stonedead Tommy Vance stage are Dead Mans Whiskey. Since 2016, London based Dead Mans Whiskey have rapidly built a reputation as a hard working ‘one to watch’ U.K NWOCR band. With big vocals, huge guitar hooks, energetic performances and catchy as hell choruses, this 5 piece will offer a scintillating performance from their album ‘Under the Gun’ to kick off Stonedead Festival 2020. The production team feel that Dead Mans Whiskey have definitely gravitated from ‘ones to watch’ to ‘right here and now’.

Dead Man’s Whiskey are: Nico Rogers (vocals) Billy Kons (lead guitar) Elliott D’Alvarez (rhythm guitar) James Titley (bass guitar) and Charlie Gray (drums). With their ever-multiplying loyal fan base, dubbed ‘Whiskey Chasers’, voting in their masses to get DMW into the final we are in no doubt they will bring their infectious hard rock sound to the Stonedead masses and definitely get the party started in August. See you down the front!

Stonedead Festival is carrying on its solid tradition of bringing both well known and new rock bands to Newark Showground, Nottinghamshire, with the final special guests still to be announced before Christmas, next year cannot come quickly enough.

PA tickets are free with email proof. Sheltered indoor premises available for those who need it, near the first aid tent,
with a fridge for medication, accessible toilets, and permanent shower facilities for disabled camping tickets and a staffed viewing platform.

Children: all children under 4 are free entry this year (all under 14 years must be accompanied by an adult) £35 Arena (+£5 camping)