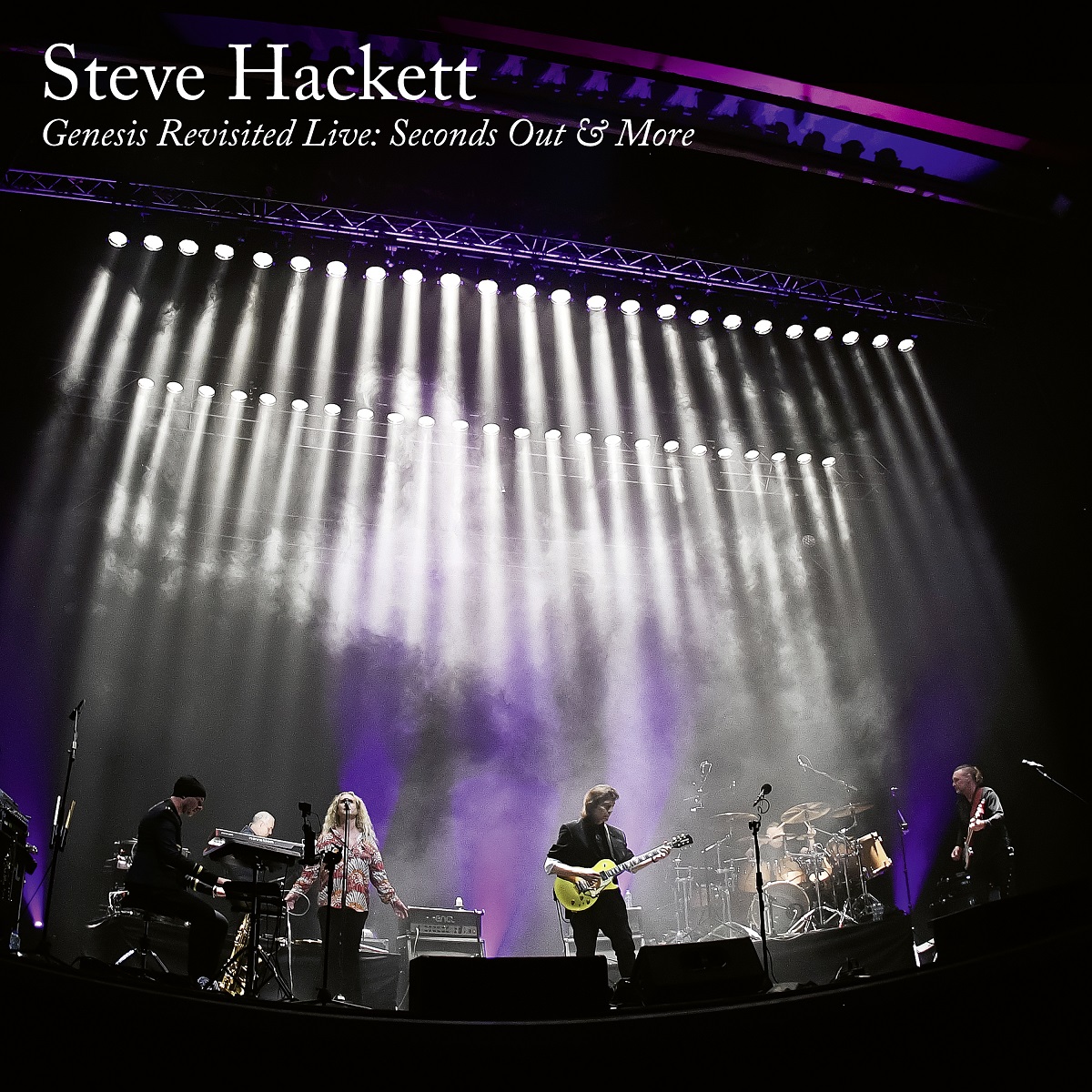 Legendary guitarist Steve Hackett is pleased to announce, Genesis Revisited Live: Seconds Out & More, the visual document of his 2021 UK tour celebrating the classic Genesis live album. Set for release on the 2nd September 2022 (with vinyl following on the 25th November), it sees Steve and his band perform Seconds Out in full & in sequence, as well as a selection of solo material including tracks from his most recent studio album Surrender of Silence.
Watch the band perform the Genesis track Squonk here: https://youtu.be/5hDktUIzoQo
Steve comments: Im so happy to release my Seconds Out & More show… A spectacular night with a band on fire tearing into that magic music combining the true spirit of Genesis with a fresh virtuosic approach and an extraordinary sound under amazing lights. This show is a feast for both ears and eyes. The best of so many worlds!

About Steve Hackett
Steve Hackett joined Genesis at the beginning of 1971 and gained an international reputation as the guitarist in the bands classic line-up alongside Peter Gabriel, Tony Banks, Mike Rutherford and Phil Collins. Hacketts intricate guitar work was a key element of Genesis albums from Nursery Cryme (1971) to Wind And Wuthering (1977) including the classic Selling England By The Pound.
After leaving Genesis at the end of 1977, Hacketts solo career, which now spans more than 30 albums, has demonstrated his extraordinary versatility with both electric and acoustic guitar. Hackett is renowned as both an immensely talented and innovative rock musician and a virtuoso classical guitarist and composer and this was recognised in 2010 when he was inducted into the Rock Hall Of Fame. He has also worked alongside Steve Howe of YES in the supergroup GTR.
Hacketts compositions take influences from many genres, including jazz, classical and blues. For his later studio works The Night Siren (2017) and At The Edge Of Light (2019) Hackett has explored the influences of world music. Recent tours have seen Hackett celebrate his time with Genesis including a spectacular 2018 tour in which he realised a long-held ambition to perform the works of Genesis live with his band and an orchestra.
The lockdown enforced by the 2020 global pandemic has proven to be a particularly creative period for Hackett. He began by releasing Selling England by the Pound & Spectral Mornings: Live at Hammersmith, a live recording of 2019s hugely successful tour celebrating that Genesis classic together with the 40th anniversary of one of his most-loved solo albums. Lockdown also gave Hackett the opportunity to write and record two new studio albums, the UK Classical Chart hit Under A Mediterranean Sky and the forthcoming Surrender of Silence.
|
Genesis, live gigs, Prog, steve and lou, steve gould, steve hackett, the lost art