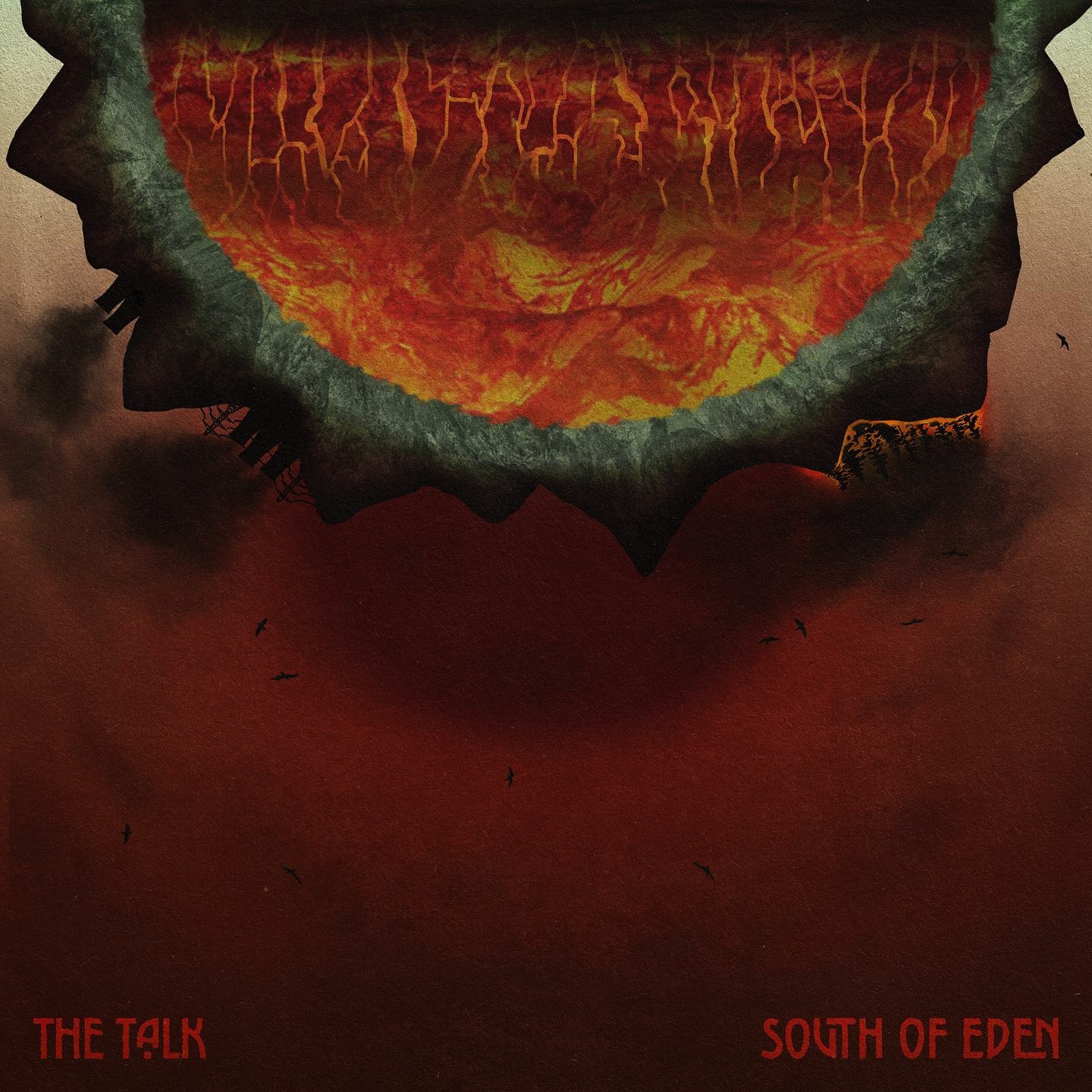 Previously known as ‘Black Coffee’, the quartet from Columbus have now added some cream and renamed themselves, ’South Of Eden’, maybe after a township in their home state of Ohio or perhaps the Biblical garden of paradise, either way it’s a cool moniker. Getting together a few years ago and steadily gaining momentum, their live appearances in 2019 gained them the attention of Jason Flom of Lava Records, who promptly signed them. Already having supported the likes of the Foo Fighters, Puddle of Mudd and System Of A Down’ the band are now on the rise. This first EP under the new name was released on 21st August and has been produced by Greg Wells, who has worked with Adele and The Deftones.

The eponymous track ‘The Talk’ kicks us into play. A rousing start with a strong presence from frontman Ehab Omran, he reaches the stratosphere with his vocals. All backed by a fusion of guitar sounds, plucky riffs and gentle rhythm, followed by strenuous and far more melting chords. Lead Guitarist Justin Young certainly has the know-how and Ehab, who is of Jordanian birth, comes across with striking force. ‘Solo’ has a drum intro that is simple and leads into a punch drunk, groove of a song. The vocals carry again and the track just floats along with innocent, smoothness and a load of guitar sequences. ‘Morning Brew’ epitomises its title, beginning with laid back chords and the feeling of a warm breeze on a sunny weekend dawn. Moody lyrics and a faint swaying ambiance, a little Black Crowes in part and the guitar solo just screams with passionate embrace. The final number ‘Dancing With Fire’ was brought out as a single back in July and deals with conflict. It is more racy and has the chanting cheesiness of say Warrant and Poison, but with a contemporary attitude. Stronger and having a hook to kill for, it sums up the ability of South Of Eden to produce a varying array of material. All four songs differ so much, in a positive way, making this an EP that can be played over and over without loosing attraction.

South Of Eden have a lot in common with new bands of today and those of the bluesy rock genre are on the increase. Fair to say we are becoming spoilt for choice, which is a great position to be in. However, these do differ from most of them, there is more barrier breaking and a tendency to go back to the elements of rock that they grew up with. There is a virtual showing of ‘The Talk’ EP on Friday 28th, 8pm US Eastern time, which is about 1am on 29th for us in UK. However it will be on youtube, please log into the social pages for more information.

Highlights – The Talk, Dancing With Fire.

Quote –  “We’re a band that writes, records, and plays like the pioneers of rock before us. We aren’t looking to bring anything back, but instead to remind people what rock n roll means. No rules. This music represents what we believe is real, raw music. No click tracks and triggers or copy and paste bullshit. Just a bunch of hippies in a room.”

South of Eden are: