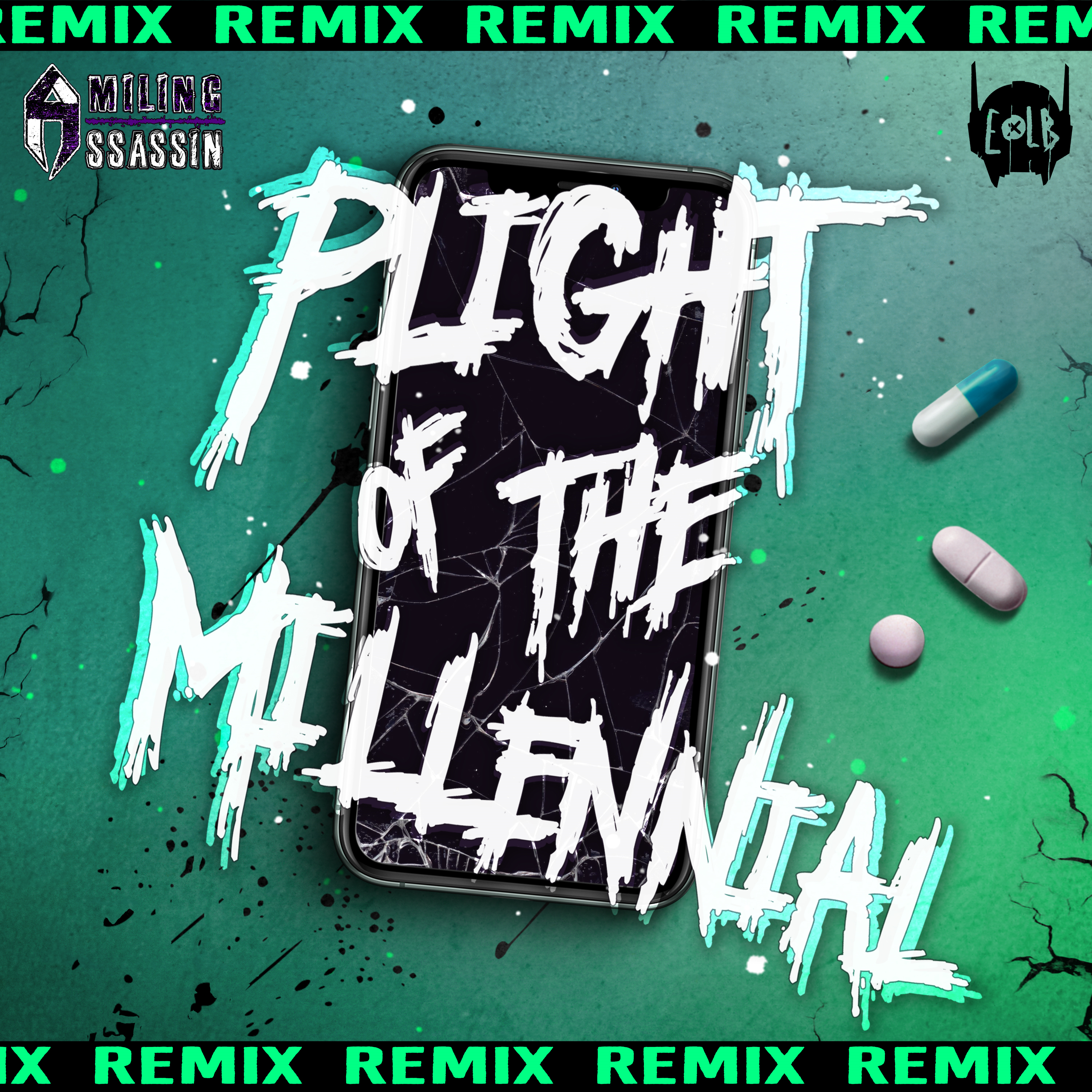 BLURB:
After the success of Smiling Assassin’s debut album ‘Plight of The Millennial’, they have teamed up with veteran DJ/Producer Endoflevelbaddie to bring you ‘Plight of The Millennial [Remix]’.Flipping the Punk genre on its head and breaking all the rules this album is exactly what it says on the tin, the full debut album remixed from start to finish. Mirroring the relentless chaos and anger that the original album has, Smiling assassin hope to break into a new audience and turn mosh pits into rave pits.ALBUM QUOTES:
Scott Langthorpe (Endoflevelbaddie) – “When I was approached to do a remix for the band by Smiling Assassin’s drummer, Robbie, I said yes as I always do, I love remixing other people’s hard work and ideas into something new. When I sent it back to them, the feedback was incredibly positive. So I did another. And again, they loved it! So I did another. And another. And then it got to the point where I had remixed over half the album and Robbie planted the seed that it would be great to have the whole album remixed (if I had time) and so I cracked on with the final few tracks.
It’s been a real pleasure to get them all done and the feedback from the band has been really encouraging. I’ve done plenty of remixes for other people in the past but I never expected to remix a full album. I’m pretty damn chuffed with it all if I’m being honest. Thank god they’re punks and each song is only about 2mins long!”

Robbie Johnson (Drums) – “I had the idea for this after hearing some remixes Endoflevelbaddie had previously done for some artists in Hull, I hit him up seeing if it was possible to get one of our songs remixed, which turned into 2 and then 3 and before I knew it he’d done the entire album. We’re always seeking new and different opportunities to be creative and I currently don’t know of any punk bands out there with an EDM remix album… maybe there’s a reason for that? But, either way, we’re really proud of this new venture and hopefully, it opens up our music to a wider audience! If you want to hear the original version of ‘Plight of The Millennial’ you can buy a copy through our website www.smilingassassin.co.uk or stream it on iTunes and Spotify. Also, check out Endoflevelbaddie for more insane electronic music!

(TRACK 5) Coping:
Robbie Johnson (Drums) – “‘Coping’ was probably one of the tracks I was more excited to hear back. With it being our most successful track to date from POTM it’ll be interesting to see what fans think. We have plans for a live gig with Endoflevelbaddie once things go back to normal and I reckon this one will get the place moving!”End of Level Baddie (DJ) – “Loved the bass riff on this one and it was crying out to be turned into a D’n’B banger. The guitar riff was pretty sweet as well. Added my sci-fi synths, some tasty chops and edits and it all flowed from there. The vocals are solid (like in every track) so it’s real easy to hook stuff around them and get a structure going.”
Smiling Assassin · Coping [Remix]