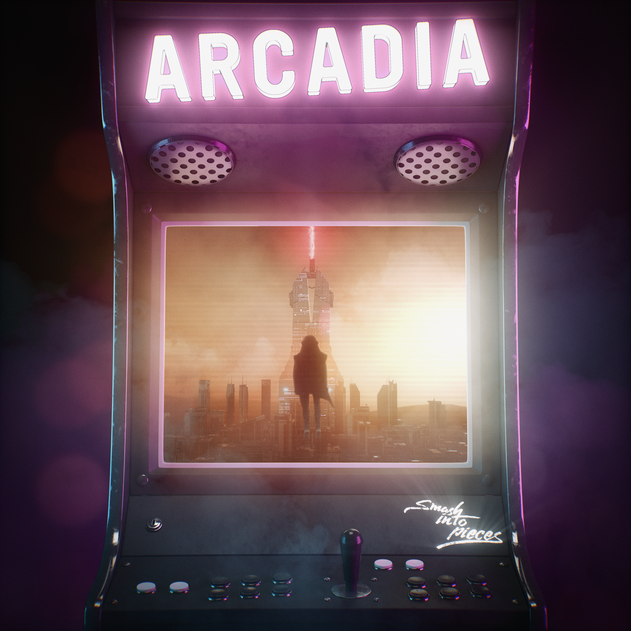 Arcadia is the name of the game, containing a parallel world to our own. This world is controlled by S4Y, the organic CPU with incredible AI capacity, positioned inside the main building at the centre of Arcadia. If you would look out over the city, you would know which building it is because of the Siren, a powerful signal transmitter on top of the building that provides all of Arcadia with news, information and other communication. S4Y can’t control the citizens of Arcadia, but it controls every piece of information that reaches them, making them slaves without them even knowing it.

The great security that surrounds S4Y consists of thousands of cameras monitored by the CPU itself, and the AI police force, led by Mr Rowzell. He is the first ”hybrid-human” prototype and was handpicked by S4Y because of his huge ego. His mentality makes him easy to control and the chip installed in his neck puts him in motorized control by S4Y. A perfect marionette displayed as the role model of Arcadia.

If you chose to play the game, you enter Arcadia as Apoc: the outsider that’s been living off the grid, unaware of the way regular people live their lives. Shocked by what he sees, he sets out on a mission to end the control of S4Y and make people live freely, making their own choices based on true information.
To be continued..!
——————————————
August 28th Smash Into Pieces fifth album Arcadia drops, if you like what you’ve heard so far but haven’t pre-saved / pre-ordered it yet, click the the link below: