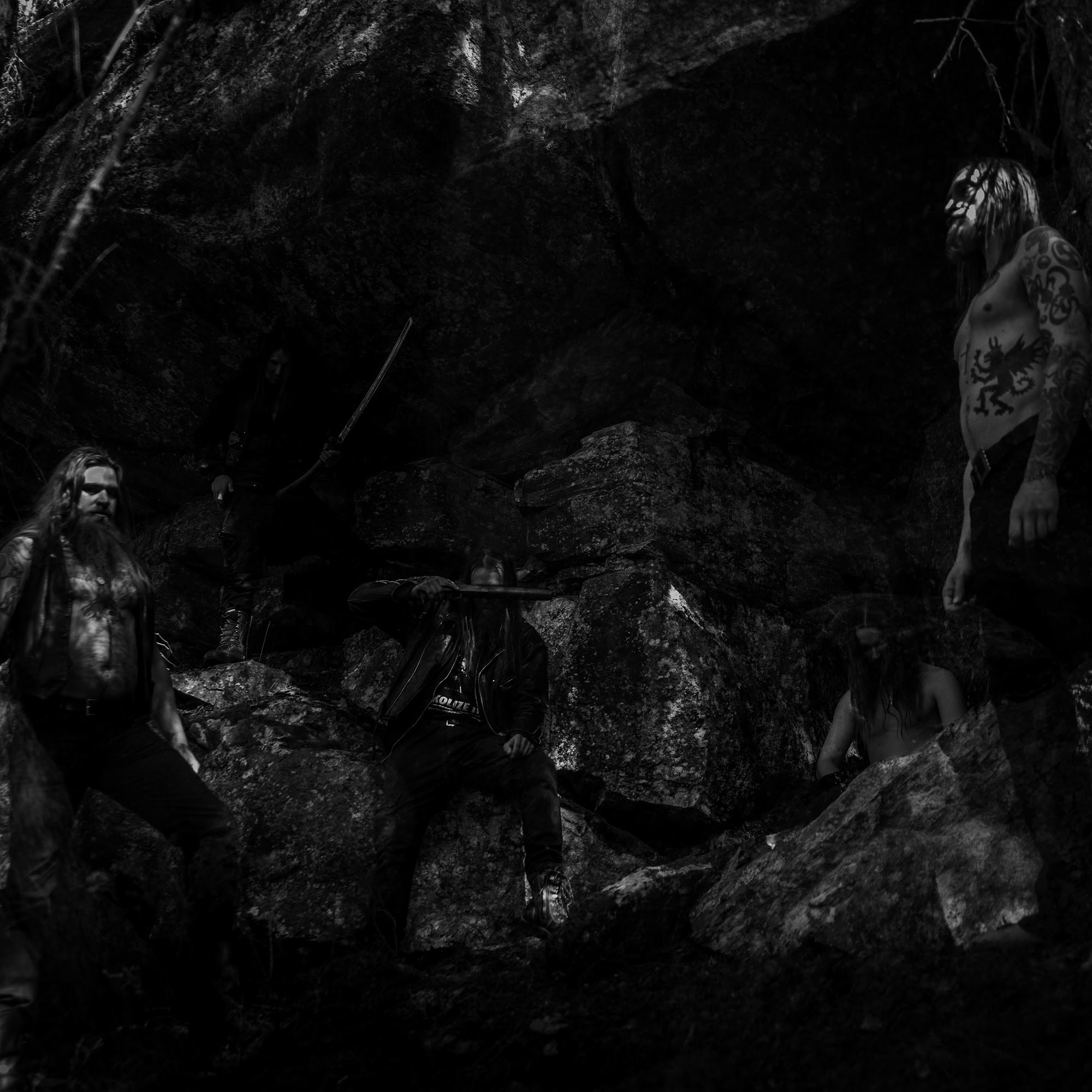 Although their date of origin remains a mystery, the first public recording of Sammas’ Equinox arrived in 2016, with the ever-so-apt title of Pilgrimage. That demo was followed a year later by another demo, titled Boahjenásti. Between the two, the duo exhibited the stultifying rawness that has come to mark much Finnish black metal in the post-Strength & Honour landscape, but more importantly did Sammas’ Equinox evince a uniquely atmospheric aspect, both in the band’s bittersweet melodicism and their deftly subtle approach to sound layering. Later compiled together onto CD by Signal Rex in 2019, those seven songs comprising their oeuvre to date burned with a filthy intensity in the best Finnish tradition, yet just as equally exuded a somber, even tender quality that suggested their journey to the stars has just started.

However, at the dawn of 2020 did Sammas’ Equinox join comrades Emanating Void for a special split 7″ released by Signal Rex. Although just one composition, the also-aptly-titled “Glaciers in Somber Night” signaled a slight stylistic shift for the duo, and one which has coalesced into their monumentally glacial/somber debut album, Tulikehrät.

The gorgeous cover art alone should provide some visual cues as to the spectral majesty that awaits the listener with Sammas’ Equinox‘s long-awaited first full-length. Raw as ever but lucidly played, Tulikehrät immediately engages with its stained-glass synths prominently pushed forward in the mix. More than just mere window-dressing, these synths both play crucial counterpart to the altogether-more-downered riffing and also textural lead; they float with an air of mysticism that’s never malign, but rather beckoning one to open the portals to their imagination and dive into dreams beyond. And that dream-timing aspect extends to the larger songwriting arc, as well: exquisitely grim but moving within a mostly down-tempo march, there’s an icily iridescent aura to everything here, an inexorable ascent into realms beyond the earthly and human, whose sum effect could be likened to the dreamiest ’90s Polish black metal record ever recorded.

Not surprisingly, the conceptual framework of Tulikehrät circulates around the distinctual manifestations of Fire & Will as they present themselves almost in a dreamy, pre-historical context and working on both micro- and macrocosmical levels of existence. And, despite being proudly and purely black metal, the sonic frontiers Sammas’ Equinox here are exploring similarly transcend those of the mongrel hordes harboring under the wider “black metal” umbrella. The mastering job courtesy of Moonsorrow’s Henri Sorvali heightens this dynamic with no small amount of magick.

Free your mind and the spirit will follow. Sammas’ Equinox open the portals for you, and one needs only step inside Tulikehrät to experience splendors beyond compare…

Experience the first splendors with the brand-new track “The Staunching” HERE at Signal Rex‘s Bandcamp. Cover and tracklisting are as follows: