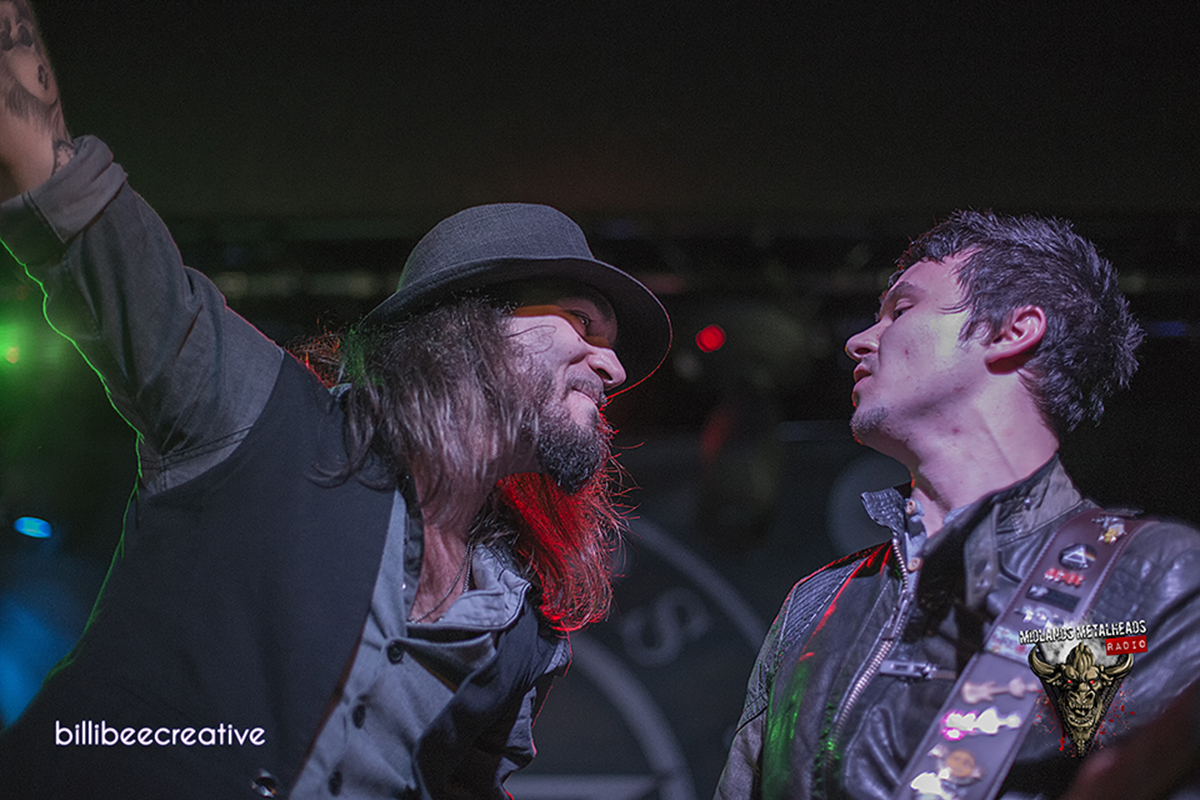 Uttoxeter based four piece Anonymous held a bold musicianship during their performance at the O2 Academy 2 in Birmingham last month. Their authentic blues roots shone threw their set with an energetic and fierce portrayal of songs off their latest EP ‘What You Deserve’. Having won ‘Band of The Year 2016’ at the ‘Battle of The Bands’ held in The Slade Rooms, Wolverhampton, their enthusiasm and appreciation as a group is projected throughout their presence on stage. There’s big things planned for these guys during 2018 and I am so excited to see all they achieve.

When we caught up before the show, we talked about future plans, ups and downs whilst being in the band and some memories that have driven their motivation to date. Their EP ‘What You Deserve’ is available now via Bandcamp.

One of my favourite interviews to date was with the guys of These Wicked Rivers. This down to earth, psychedelic group of southern rockers represent everything cool about the rock community within the Midlands. You could feel the commitment of their audience from the second they walked on stage; TWR t-shirts everywhere you turn, call and response participation during their single ‘Testify’ and the pure love for their sound. We spoke prior to their performance and discussed what to expect from their performance, some secrets about their released singles and what they really think of their sound!

Their four track EP ‘The Enemy’ has had a volume of positive feedback and holds a solid taster as to what we can expect next from these guys. These Wicked Rivers will next be performing alongside W.M.D., Stand Amongst Giants and Second Sons at The Giffard Arms on January 13th, 2018.

It has been two years since I last spoke to Mallen and a lot has evolved within the band. Not only have they gained two new members but they have also released possibly their biggest music project to date through their latest EP ‘This Dream’. Their melodic sound has matured through their development as a group and given them a variety of opportunities such as recording with the likes of David Radahd-Jones at Red City Recordings and played an acoustic set on the forum stage throughout the Alice Cooper & Motley Crue tour.

Mallen’s performance of this evening was as iconic as always. Their audience interaction kicked ass and their set list included some of their classics off both ‘Ignition’ and ‘This Dream’, as well as a rock cover of Christina Aguilera’s hit pop single ‘Fighter’. Their next goal is to meet back up with producer ‘Dave’ with the hope of getting an album out over the next twelve months….watch this space.

If there is a band that deserves to have their own headline show it would have to be Ryders Creed. Having been through a variety of ‘rukus’s’ this group have grown stronger, closer and performed an outstanding show with their new brand and bold sound! Having formed back in May 2017 the growth of this five piece is extremely impressive; I predict that 2018 is going to be the year you see these guys shine. During January they will be joining Greg Chandler to record their debut album at the Priory Recording Studios which will consist of ten tracks of both new songs and tunes you know and love. There is currently a Pledge Music Page where you can help raise funds towards the album and some of the prizes are too good to miss out on!

One thing I truly admired about Ryders Creed was their humble approach to praise; they have worked incredibly hard and have already gained support from Cloven Hoof Rum, Vocal Zone & Band Scrims UK, these guys are simply at the beginning of their successful rock career.

The biggest thing I got from this entire evening was seeing the amazing support of independent bands throughout the Midlands have for one another. As each band were off stage they would be stood in the audience admiring each others performances. The audience even included Rich Moss and Robyn Haycock of Stone Broken! A successful night for each band who begin to build their audience and refine their sound. A huge shout out to Hilary Plimmer who commits herself to the metal and rock scene within the Midlands and helped create this phenomenal evening.

More information about each band can be found via their Facebook pages: