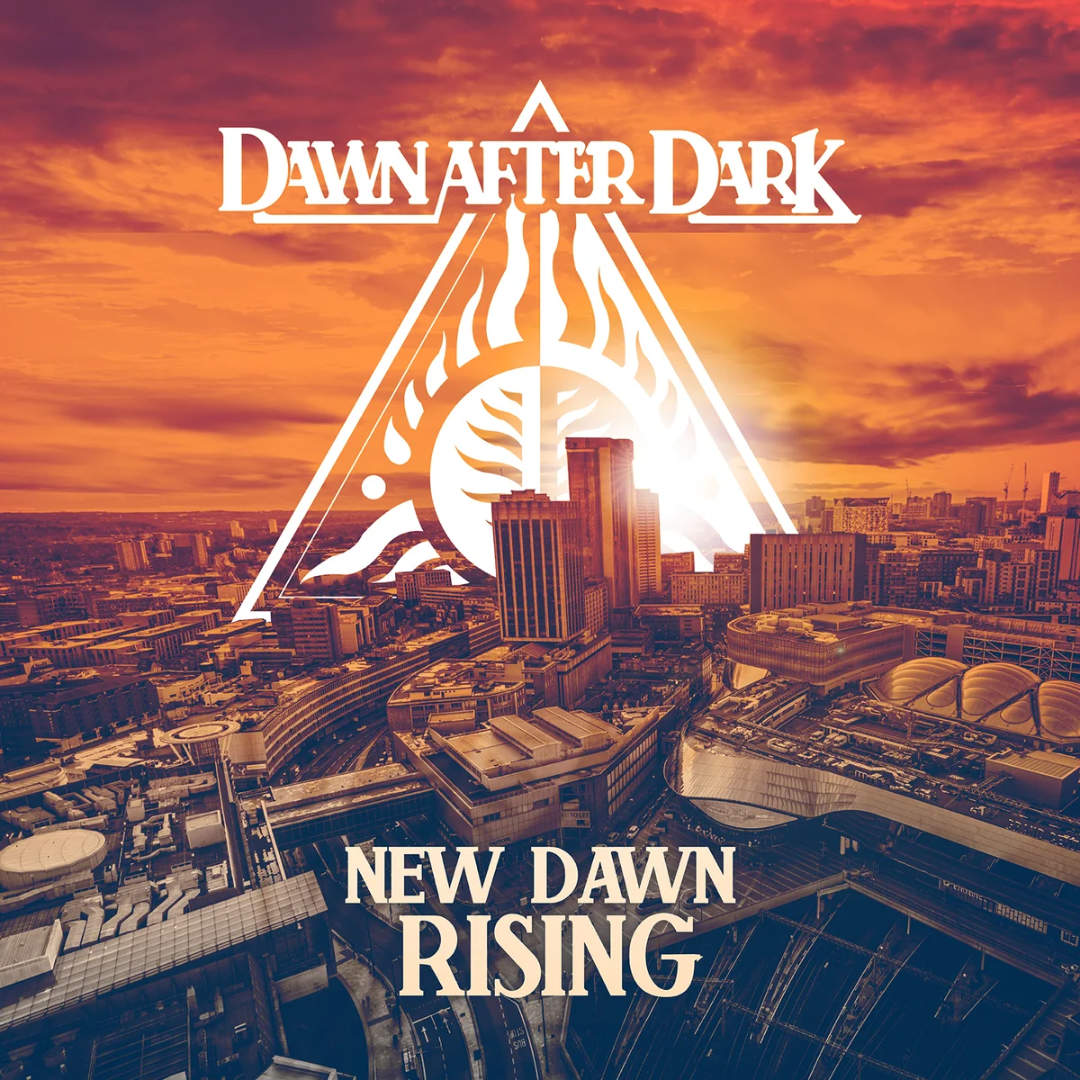 Reviews… They aren’t my forte in general. Why? I get excited, i’m honest and I will waffle. But that can’t be a bad thing, right?

Cast your minds back… Mid 80’s. The bleak and grey concrete city of Birmingham had always been home to countless musical luminaries that never went away in some capacity. Outside of the obvious names such as Sabbath, Priest etc – we had the bands that were celebrated by Alternative/Goth Rock crowds on different levels such as Ausgang, We’ve Got A Fuzzbox And We’re Gonna Use It (pre-Big Bang) and then there was Dawn After Dark.

The Dawners are a band that had the coverage, the gigs, the support slots and within 5 years they came and conquered, released a couple of tapes and a few 12” singles and sadly called it a day. Alas, it was all quiet on the Bostin’ front until a couple of years ago. Following the reunion supporting Balaam and the Angel in 2019 (which was a sight to behold), the band played a blinder of a set which took the night as far as i’m concerned. And then they set out to record their first long player and back with Chapter 22 Records. Now we’re kissing 2021 goodbye and about to close with the release of New Dawn Rising. An album that really should have been released 30+ years ago.

What can be said about New Dawn Rising? It has been said many times before that Dawn After Dark are hard to pin to one specific genre. But music is music as long as it’s done well, right? And done well is an understatement.

BOOM! The album kicks off with a classic and updated cut of Maximum Overdrive which is a killer like it always had been. It screams and does so as a solid opener. Then we slide over to The Day That The Word And I Parted Company which grabs you and fires you in a different direction (enough hi-hat action to make it all feel surreal) which then amps it up to the punch of Dead On Time which brings this album up again in a glorious wave. Now we are 3 tracks in and it’s ringing gloriously already… where to go from here? The album returns to familiar territory again with a fresh angle of the classic track The Groove. It rides that out without a misstep and then the slightly slower drive of When Will You Come Home To Me which gives itself another slower pace before erupting into a 40 second burst of full energy before sliding back down.

So we’re half way through the album and I had to pause and absorb what has just passed through my headphones. It’s an asymmetrical cheeky reach around that has already delivered so far but is just edging and teasing us. At that point I had to grab another Kronenbourg out of the fridge and get ready for the second half…. Shall we?

Nothing Can Fulfil Me (Without Your Love) was the second single off the album and jumps up and slaps you in the face with a BPM and drive that amps up the album again before swinging it lower to The Shifting Sands Of Time – and swing it does. Then we move riding on that Crystal High and another great modern take on a classic Dawners track. It can only grind sweetly on a slightly more sombre vibe of (I’m Not) The Man I Used To Be and revisiting Her Sleep which takes you backwards a touch and to the forefront again. Then to close the album off we have Truth and Freedom which feels like an old school amalgamation of genre swinging noize and a cooler edge. The result is how this album made me feel young (just with a larger arse and waist line these days).

Dawn After Dark nailed it. The new material and re-recordings of classic tracks work in full flow and when I say flow, it flows greatly. With most bands when they re-record tracks and give new material decades later you often wonder how it will play out. But here the Drums pound, Guitars ring in a tonal expulsion that drives compelling riffs and grooves and H is putting in his all. Collectively as a band and as an album – it shines. As a new release and debut album it is a great surprise that it isn’t plagued by excessively clean production or that acute overly compressed sound that plagues many modern releases these days. It delivers.

New Dawn Rising gets a huge thumbs up from me for craft, content, production, variety and obvious nostalgic reasons. One solid reason is how making an album flow in old school tonal waves (the way they used to) is all here. The band are playing dates across the country and supporting Balaam and the Angel in December yet can see these lads lighting up larger stages in the near future and I bloody hope they do because they deserve it – and this album is testament to that.

I’m off to sterilize my brain and underwear in Milton… Ta-ra a bit!

NOTE: Big thanks to H, Tony and the band for the promo!