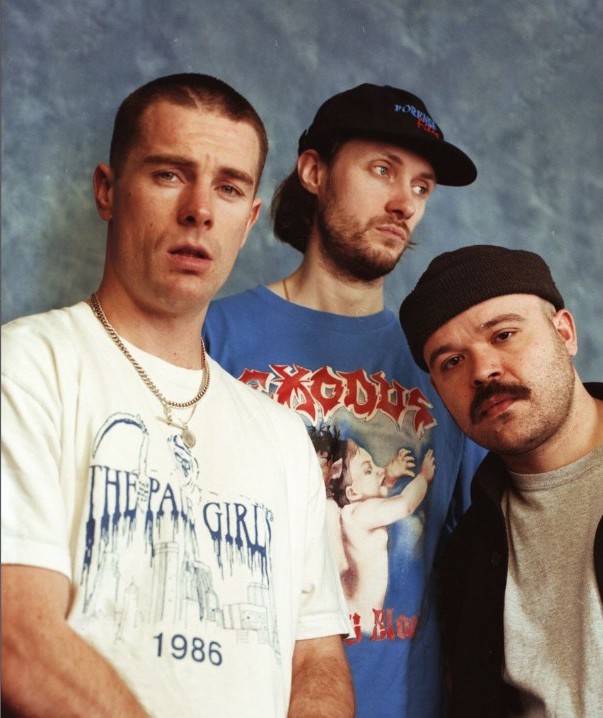 PUPPY announce a UK headline tour for May 2022, including dates/shows from the postponed December 2021 tour, tickets on sale Friday 11th Feb

The bands brand new album ‘Pure Evil’, will be released on May 6th through Rude Records

Following last weeks announcement of their brand new, 2nd album ‘Pure Evil’, which is set for release on May 6th through Rude Records, PUPPY can today announce a full UK headline tour for May 2022, which includes the shows previously postponed from their December 2021 tour. The full list of PUPPY headline dates are below, and all shows go on sale Friday 11th Feb.

Any fans that had already bought tickets to any of those postponed December shows, they are useable and applicable at these dates and shows (venue and town/city specific)

Pure Evil’, the new album from PUPPY is out on May 7th through Rude Records, pre-orders will launch soon. Watch this space.

A little bit about PUPPY:
PUPPY formed in 2015 when school friends Jock Norton (vocals, guitar) and Billy Howard (drums) met bass player Will Michael while working in a London bar; the three bonded by playing the soundtrack to cult 80s comedy Bill & Ted’s Excellent Adventure and figuring out that Norton and Michael’s voices worked nicely together on Karaoke versions of Van Halen & Metallica. Later that same year, the band released their eponymous debut EP, a joyful blend of swooning Power Pop and beer-guzzling Heavy Metal, that quickly earned comparisons to acts like The Smashing Pumpkins, Dinosaur Jr and ‘Weezer fronted by Papa Emiritus of Ghost’ (Noisey). Early tracks “Forever” and “The Great Beyond” were picked up and used in the mammoth video game series Guitar Hero, opening up the fledgling group up to a huge new audience and satisfying their axe wielding inner-children at the same time.

A second EP quickly followed in 2016, and “Vol ii” saw the band take their first major steps into the live sphere, with UK festival appearances at Download and 2000 Trees, rounding out a healthy run of tours with acts like Creeper and CKY. In between European tours with Kvelertak and Turbowolf, the band retreated to the studio in England to begin work on their debut album. The result of a lengthy recording process with producers Tom Dalgety (Ghost, Royal Blood), Neil Kennedy (Creeper, Boston Manor) and mixer Adrien Bushby (Placebo, Foo Fighters), The Goat was released in January 2019, while the band were midway through an epic European tour with Monster Magnet. The album received rave reviews and cemented Puppy’s status as the oddballs of up & coming Heavy music.

In support of the album, the band recorded a live set at BBC’s iconic Maida Vale studios (their second), and racked up festival appearances everywhere from Glastonbury to Bloodstock Open Air. That year also saw PUPPY travel to the US for the first time, selling out a headline show in Brooklyn’s iconic St Vitus Bar for Revolver Magazine, as well as heading to Texas for that year’s SXSW festival. Without missing a beat, the band saw out the year by releasing a surprise EP, ‘iii’, which drew inspiration from their favourite Steve Albini led productions of the 80’s and 90’s, stripping their dense sound back to its rawest components. The band then set out on a lengthy European run with Norwegian stoner-punks Bokassa to promote the record before returning home to begin writing again for their 2nd full length album.