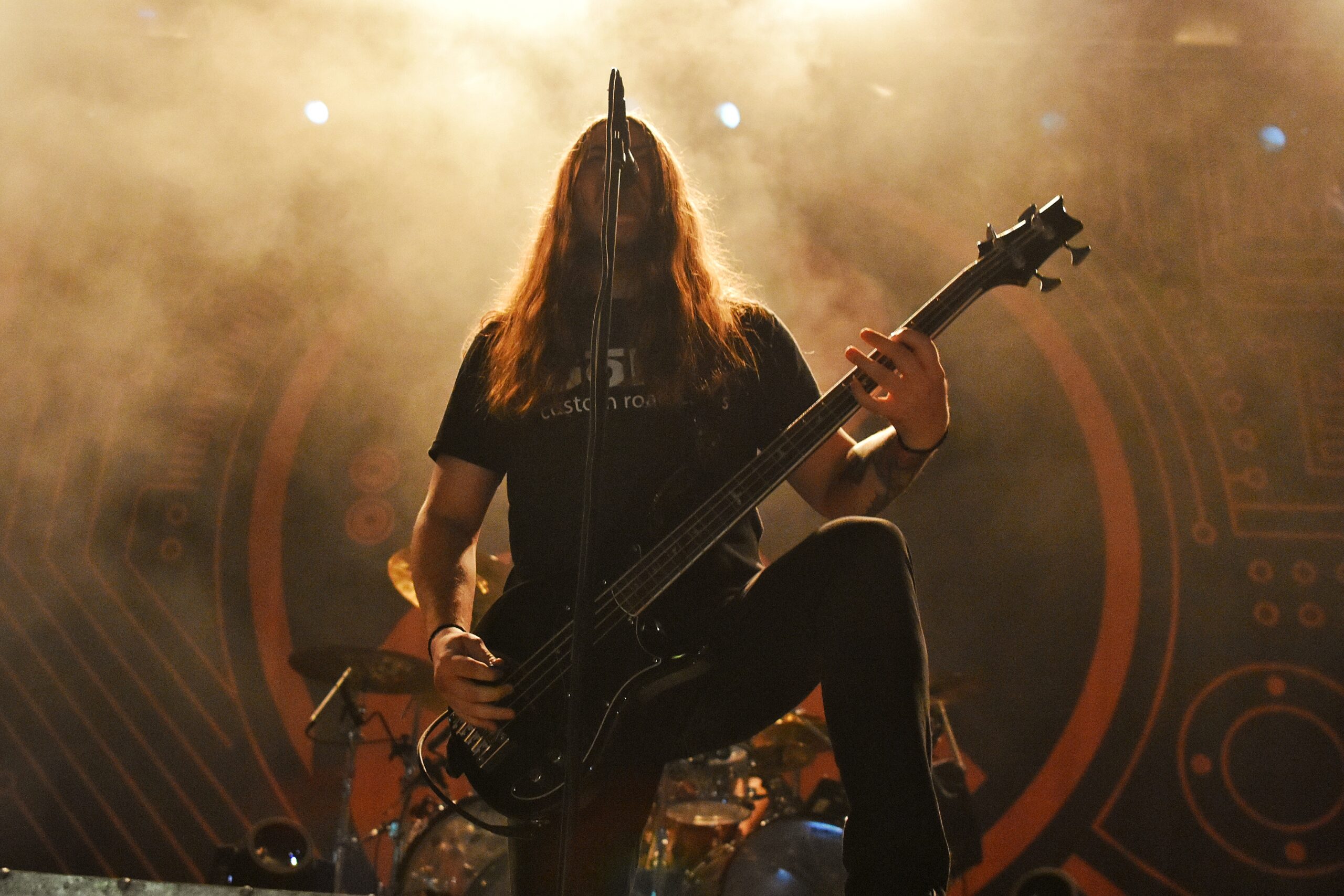 As bands begin to bare the eventual wrath of ageing, they girt the growing pains of adapting with the demands of a frequently evolving music scene that wavers new creative directions for the artist. Of Mice And Men’s latest travel escapades on their, The Defy Tour UK reflect on the flourishing from Austin Carlile’s 2010 metalcore style, that now, vocalist Aaron Pauley has carefully crafted with deeper growls, heavier riffs and an all-around heavier, harder and intense sound that is best exemplified through their high energy, off the wall and borderline insane performances on their latest UK tour.

Joined by a fitting lineup of energetic acts, Sylar and Wage War, who did not cut corners when sending the audience into an absolute state of complete madness, but the good kind carefully crafted madness. Of Mice and Men are re-brandishing themselves back into their world on this tour with Pauley marching the band’s sound into a new and promising horizon.

New York’s own Sylar, bring a uniquely modern flare to their performance as they incorporate traditional metalcore beats with rapping, similar to bands like Attila. Whilst the jump between screaming to rapping is rapid and poses a challenge for some, Vocalist Jayden Panesso moderated switching between to two almost effortlessly, garnering the feeling that their act was intensely well-rehearsed. Drumming into the crowd with a heavy beat, Sylar churned out great crowd energy, with a lively stage presence even to the point where Panesso re-started the song because the crowd weren’t excited enough, pushing audiences to really lose their shit. Although, I do feel like this became a bit repetitive at times and whilst I find it hard to fault bands for being “too lively”, Panesso and rhythm guitarist/clean vocalist Miguel Cardona found it hard to match the same energy levels leading Panesso to overshadow Cardona by rapping over his singing rather than their vocals leading hand in hand, only further out casting Cardona’s input into their live performance.

Wage War demolished the stage with an immersive performance that made fighting the urge not to headbang almost impossible. Playing to the fan favourites like Hollow, River and Deadweight, Wage War playfully moulded momentum from thin air by strategically pacing each song so whenever a beat for a breakdown would kick in, everyone had just mellowed from the last song and another wave of ecstatic energy swept the crowd off their feet again. With a catchy cymbal to kick drum beat pounding into the floor and gnawing bass riffs booming through the room, I found myself lost in complete awe and transfixed into the raw emotion translated through their gritty death growls. Vocalist Briton Bond has a phenomenal vocal range that allows screaming, yelling and growling without a single voice crack, whilst still maintaining great stage presence. I’d have to argue that their only flaw is that they didn’t have any flaws, their act was executed perfectly and oddly they reminded me of a heavier metalcore version of Columbus Ohio band, Beartooth.

Dominating the stage as their new breeding grounds for raw metal music, Vocalist Aaron Pauley’s vocals break the cold silence with one deep, gruelling and truly gnarly growl as Of Mice and Men kick in with their hit song Defy, sending the room into a cesspool of chaotically excitement that saw crowd surfers leaping to the front in the first ten seconds

I find that bands either age like fine wine or mould like stale bread. Leading up to 10 years of performing together, with the addition of Pauley on vocals, as hoped they executed an amazingly flawless show that moved like the inner cog workings of a clock; rhythmic, in time and without fault. Pauley’s vocals were unscathed, they aimlessly found their way to every corner of the room and maintained a great balance of structure and levels as he constantly switched from singing to screaming, not even pausing to catch his breath.

Moving off one another and playing into each other’s vigorous vitality, it was evident from the beginning that the band had historic chemistry which favours their live shows because nothing feels forced, there’s a genuine humbleness about the band that warms the room, through the way that all the band addressed the crowd with nothing short of absolute gratitude for their support.

Every aspect felt immensely thought out, even down to the finite details of lighting and stage decorations, with Valentino Arteaga’s drum kit elevated over the stage and decked out with flashing lights that illuminated over the band. Even as the show began the band, minus Arteaga, lined up next to each other prepared to kick in as the lights dimmed and it felt more than just the music, it felt like an actual theatrical show.

Although pressure has weighed greatly over Pauley since filling the shoes of previous long-time vocalist, Austin Carlile, who departed from the band almost two years ago due to health complications. In such a short period of time, the remainder of the band fell under a scrutinised magnifying glass whilst working on and touring with their latest album as concerns of whether Pauley could live up to Carlile’s legacy began to worry fans. However, after establishing a full feature album as the lead vocalist and triumphing their performance, it’s confirmed that Pauley has unearthed from the shadow of Carlile and re-established himself and the band on this tour. Whilst the setlist mainly focused on their latest album, Defy, they also didn’t hold back in flooding fans with nostalgic ‘feels’ from classic Of Mice And Men songs like Pain, Would you still be there? and Bones Exposed. Undeniably like many, I went into the performance sceptical Pauley would be able to match Carlile’s similar vocal techniques for those songs and I’d assumed instead he’d just take it in a completely different direction that sounded nothing like it was intended to. Whilst that was somewhat the case, the outcome was actually unexpectedly great. Carlile’s growls and screams often translated on a higher to mid-tone level live, but Pauley’s vocal range grasps at lower growls and deeper notes that give the songs a rougher, grittier feel and skyrocket the band into a heavier metal sound.

Of Mice And Men are breaking from their 2008 metalcore/crabcore shackles with Pauley’s lower, deeper growls differing from Carlile’s usual high screams, and with it bringing a grittier, dirtier edge to their sound that seems to be pushing the band into a general heavy metal direction.

The Defy Tour is sweeping across the UK until the end of April, then the Californian boys will prepare to tour across the globe and dominate new horizons for their band.

All photograph’s were taken by Sam Robinson