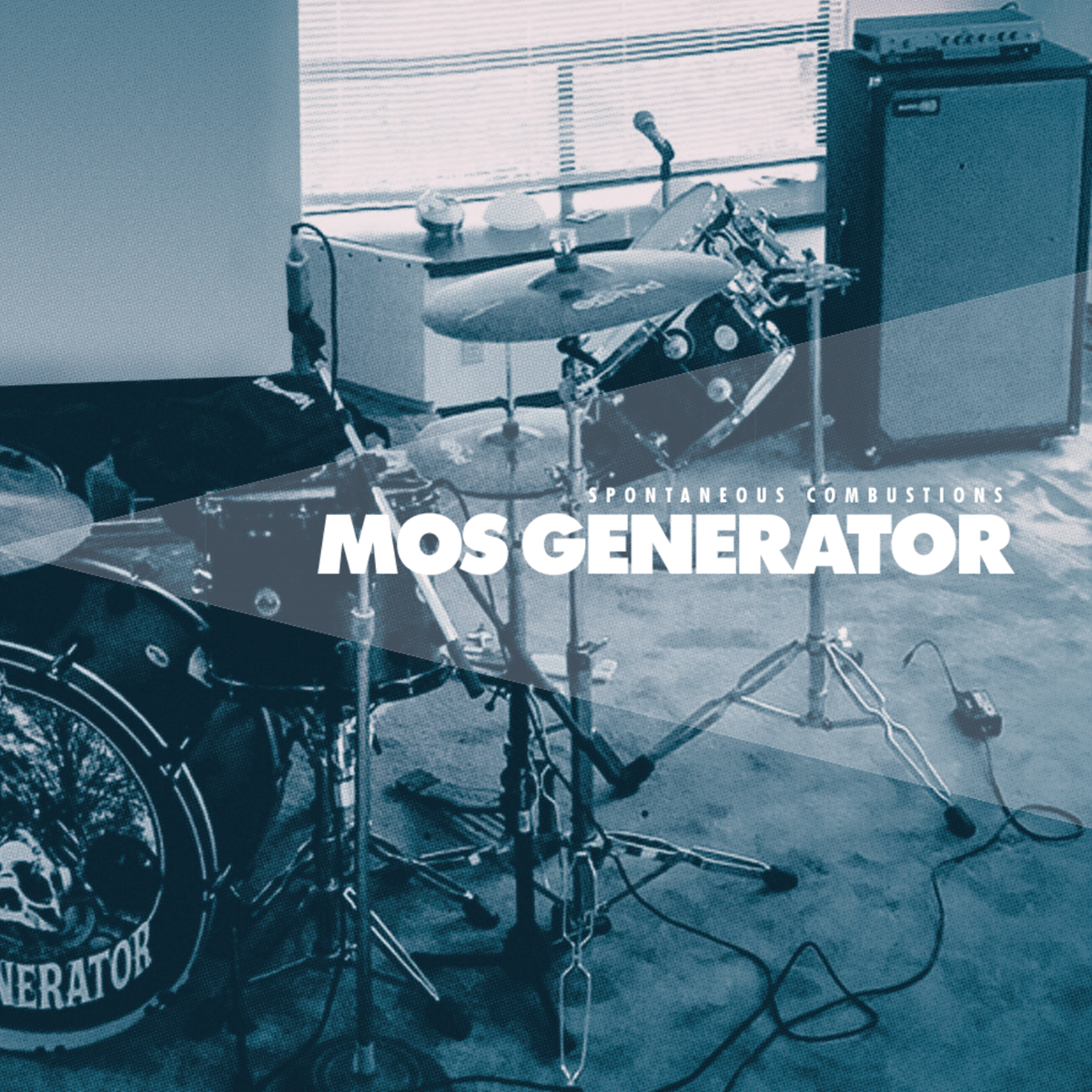 Mos Generator have been active since 2000, but you wouldn’t have thought so with their busy output this year. Spontaneous Combustions comes barely a month after Exiles, an album of covers and lost songs, and six months after Night of the Lords, an official live bootleg. Oh, and they uploaded their vinyl-only sophomore release, The Late Great Planet Earth Suite parts 1-12, onto streaming services. Eventful. According to lead instrumentalist and vocalist Tony Reed, the working title for this album was ‘rental jams’, based on the fact that long-term tenants had moved out of their rental house, which would be empty for a day before the new tenants moved in. They recorded ‘as much improvised material as possible’ in the house, mistakes and all, on an eight track. All but one song (Who Goes There?) were written completely in the moment, with this their first record of simply jamming free. Spontaneous, indeed. In truth, long-time fans know to expect the unexpected with this band.

For an album of freeform jams, Spontaneous Combustions shows a real, well-refined chemistry between the trio, who clearly understand each other as musicians. Although all of the songs are either nine or ten minutes long, they do demonstrate a degree of songcrafting. This is most apparent amongst the middle two tracks, where Reed layers in some of his trademark soulful vocals over the top. You’d assume this was done after the instrumental jams were recorded; nevertheless, they add a real human touch that prevents the album being solely instrumental noodling – an easy trap to fall into when doing projects like these. Some of their contemporaries in the genre regularly fall into this trap. It’s easy to come across another new stoner rock album that essentially sounds the same as the last new one you stumbled across; a mix between typical song structures and jam sections. Mos Generator show their experience and maturity most on these two songs.

With that said, the purely instrumental tracks do fall into this trap. Usually, the songs would be a single riff, melodic idea or beat that hardly varies for ten minutes. You might find yourself checking the timer while listening to these tracks, to find that the halfway mark has yet to pass. The guitar playing is clearly good; he knows how to improvise blues licks without playing the same minor pentatonic scale runs. If you’re not quite in the mood for that, though? Honestly, it can feel boring.

Who Goes There? is the strongest song on this album; it’s no surprise that it’s the only track with material at least partially written before they went in to record the jams. A lone guitar leads the first five minutes before a key change slides in. The percussion, including a gentle tambourine, provides a real atmosphere as the crescendo builds up to the final climax. The vocal harmonies are effective and unique, and the guitar solo wails out. It’s as if Mos Generator have gone exploring in a rocket and introduced a motley crew of Martians to the blues. The drum work on Things to Unremember stands out, too, with its tight restraint.

The four songs on Spontaneous Combustions do represent a dichotomy, in that the two with vocals shine a lot more than the two without. A single lengthy instrumental jam on an album is fine, but two tracks in this vein on the same record? It doesn’t seem necessary. Yet this album is not a contemporary record in the sense that we would know it. Mos Generator have again demonstrated their willingness to experiment, and the context of this album, improvised in a day, can’t be ignored. The ambition is admirable, but the execution is hit-and-miss. I’d recommend new fans rather to check out The Late Great Planet Earth Suite, now it’s up for streaming.

Check out: Who Goes There?

Spontaneous Combustions is out on November 29th on Kozmick Artifactz