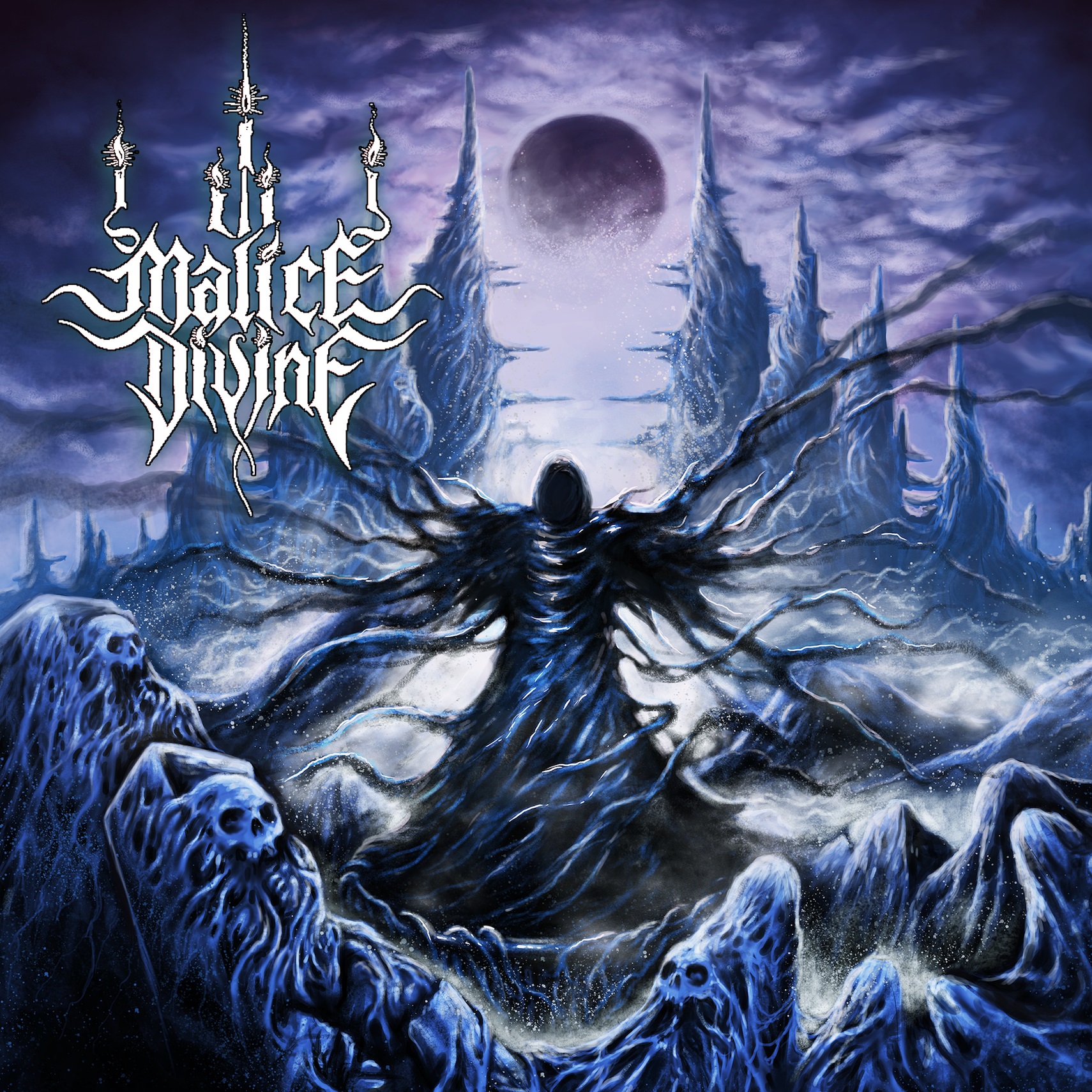 It’s a testament to the creativity of the extreme metal scene that the genres that comprise it have so much internal variety that even an outside can identify the contrast between different subgenres. A lot of this variety is generated by the fusion of existing subgenres. So, when I saw that Malice Divine were combining melodic death metal and black metal, I was instantly interested to see how this would turn out.

Being as good as Carcass is quite a high bar for any band to cross, and shouldn’t be considered the minimum expected quality for any band. Malice Divine delivery functional melo-death and black metal riffs that display an understanding of the genres, but never quite get to be exciting or particularly memorable.

There’s also very little blending of the two styles, let’s examine Malicious Divinity for an example. After a brief intro, the band slam into a straightforward melo-death riff for the verse, however they quickly change gear and seemingly decide they’ve reached the perfect time to just start playing high speed minor chords. It’s very much a case of here’s a melo death bit, here’s a black metal bit. Each style not informing the other or integrating with the other. It’s a shame as I think there is a lot of space to blend the two together in interesting and exciting ways, it’s just not executed here.

On top of the riffs being fairly bland, the production robs them of any weight. There was clearly an attempt here to preserve the melody lines cleanly, but as a result everything feels very unintimidating and unimpactful. There really needed to be some heft and chaos present in the guitar sound to really improve the feel of the record.

While there’s very little actually objectionable on this album, I feel compelled to raise a rather major issue I have with the track Quantum Manifestation. Towards the end of the track the guitar plays a quick melody that follows the vocal line, which is then repeated. However, the second time round the guitar line has changed key, but the vocals haven’t. While the key of vocals isn’t often considered in extreme metal, as they are very rarely melodic- here because the guitar is following so closely it’s impossible to miss and not be slightly caught off guard by. It just seems such an obvious oversight that I’m shocked it wasn’t reworked.

I think it’s quite telling that thus far I’ve not really focussed on much other than the guitar playing here, the vocals- in true extreme metal style- aren’t much of a focus point and never really do much exciting. The drums sound very flat and synthetic and also never really do anything exciting, beyond the sort of beats that I would expect for this genre. With the absence of other interesting features, my natural inclination as a riff obsessive takes over and leaves me with little satisfaction.

Ultimately, Malice Divine have delivered a self-titled album that is the definition of fine. They clearly have an understanding of the genres they’re taking influence from and writing in, but they leave very little of their own personality on the music. It’s a shame, but if they can harness their understanding and work out how to make this style truly their own, they could be great. This isn’t essential listening by any means, but I’ll check in next time around with this band because they have the potential.

Malice Divine is out February 19th, buy it here.

For more from Malice Divine, check them out on Facebook