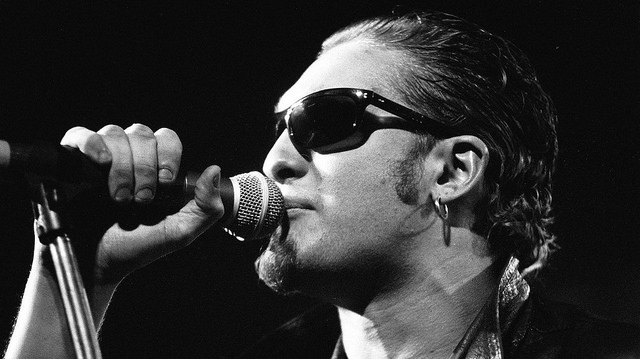 By the time I discovered the music of Alice in Chains I was just about ready to give up on grunge. As I grew up grunge was a distant memory in the mind of rock music, metalcore was where the world was at. Of course, I’d listened to Nirvana and while I can certainly understand and respect the incredible legacy that band have, their music has never done very much for me. About a year ago I was asking around on Facebook groups to find away to get into Nirvana at first. Despite being recommended pretty much every album in their catalogue nothing fit. So, I tried again with Soundgarden. Again, nothing connected. Pearl Jam was the same deal. I wasn’t sure I could keep being disappointed by influential band, who are rightly loved for their place in music history. I half-heartedly asked about Alice In Chains. I put on Dirt, expecting it not to connect.

I was enjoying it a reasonable amount to start with. The riffing and instrumental canvas was engaging for me, but it wasn’t until THAT voice came in that I knew I’d finally found my band. It was immediately distinctive. The darkness and emotion in Layne Staley’s voice instantly connected to me. Many vocalist with such a unique voice don’t often share the spotlight, so it says something about Staley’s attitude that the vocal interplay between himself and Jerry Cantrell is so beautifully haunting. It enhances both men’s voices and the songs themselves. The tone of his voice is so brilliantly unique that anyone who sounds at all like him are written off as copyists. That’s the mark of a truly brilliant vocalist. Someone who can’t be replaced or imitated.

In recent years there has been much talk of mental health in the rock music community, following the passing of Chris Cornell and Chester Bennington. It’s always worth remembering that addiction, like the one that took Layne’s life, often boils down to a place of pain and mental health problems. Perhaps it says a little too much about me, but it’s often the case that music about addiction issues connects with me on a very deep level. There’s something about the way certain artists, and Staley in particular, manage to instil the essence of that struggle into their music. From a place of pain great art is often created. And sometimes we have to ask ourselves if it’s worth it. It’s very important for people who are struggling to see other people struggling, to know they’re not alone.

To close out I’d like to praise the strength of the surviving members of AIC for returning to making music after having lost their friend. William DuVall also deserves praise for stepping up to fill the hole left by a true icon, sounding distinct from Layne while still doing the songs justice. I’ve spent time while writing this, watching clips from AIC’s MTV Unplugged set. There is something incredibly moving about seeing That voice come from That man. It’s almost impossible to describe. I think it’s a legacy anyone should be proud of.

Layne Staley passed away in 2002 from an overdose. If you are struggling with addiction please seek help: