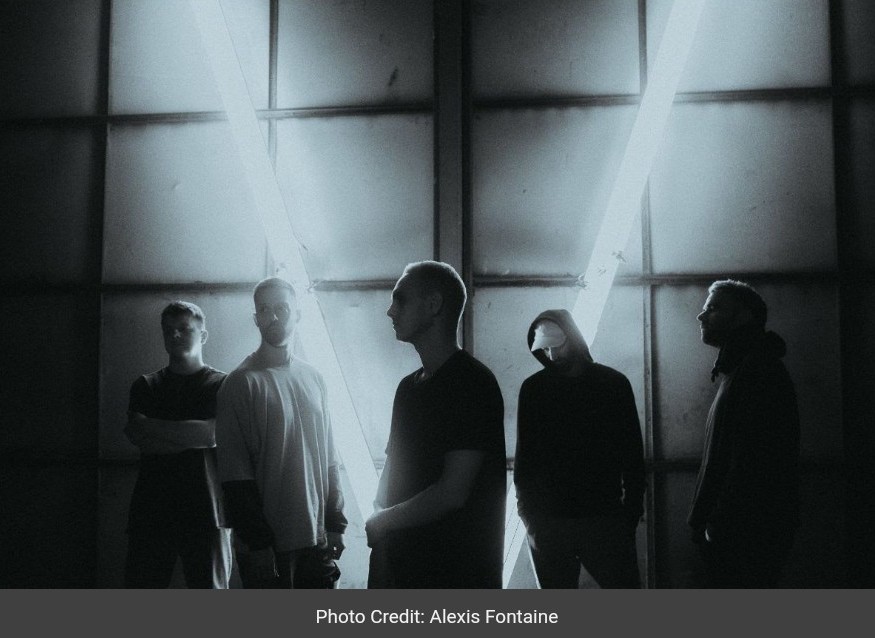 “If you’re craving metalcore with more depth, soul and artistry than the average, Marseille’s Landmvrks have you covered.” – Rock Sound

Photo Credit: Alexis Fontaine
French metalcore stars LANDMVRKS have released a video for their new single ‘Suffocate’, featuring guest vocals from Bertrand Poncet of Chunk! No, Captain Chunk!. The track is taken from Lost In The Waves (The Complete Edition), an expanded version of their highly acclaimed studio album, due for release on 18th March 2022 via Arising Empire. The re-release includes prominent guest features, new music and exciting bonus content.

Check out the video for ‘Suffocate’ here:

Lost In The Waves (The Complete Edition) is full of surprises, including three brand new songs with features from DR€W ¥ORK of Stray From The Path, Bertrand Poncet of Chunk! No, Captain Chunk! and Anthony Diliberto of Resolve, as well as the band’s full livestream set, which premiered on 2nd June last year.

Pre-order Lost In The Waves (The Complete Edition) in various formats here: https://arisingempire.com/completeedition

LANDMVRKS will be touring across the UK and Europe in March, April and May, with support from Resolve, ten56. and Glassbone.

LANDMVRKS formed in 2014 in Marseille, France, and are now comprised of Florent Salfati on vocals, Rudy Purkart on bass guitar, Nicolas Exposito and Paul C. Wilson on guitars, with Kévin D’Agostino on drums.

The band spent two years writing and recording material and playing local shows, building their reputation within the French metalcore scene with a series of singles. In May 2016, LANDMVRKS self-released their debut album Hollow, which was produced entirely by Salfati and Exposito. Following the release of Hollow the band ventured on tours throughout Europe, enticing new fans with their modern metalcore style, peppered with hardcore riffs and catchy choruses. The record also landed them slots on big festivals, strengthening their reputation even further.

In 2018 LANDMVRKS signed a record deal with Arising Empire, releasing their second studio album Fantasy. Continuing to build their name with their own fresh take on metalcore, LANDMVRKS went on to travel the world, playing in Japan, embarking on several headline tours and supporting While She Sleeps and Stray From The Path on a UK/European tour.

Last year they returned with a vengeance, fresher and heavier than before with their new album Lost In The Waves. Their heaviest and most organic album to date with an uncompromising, distinctive style – this is LANDMVRKS in their purest form.