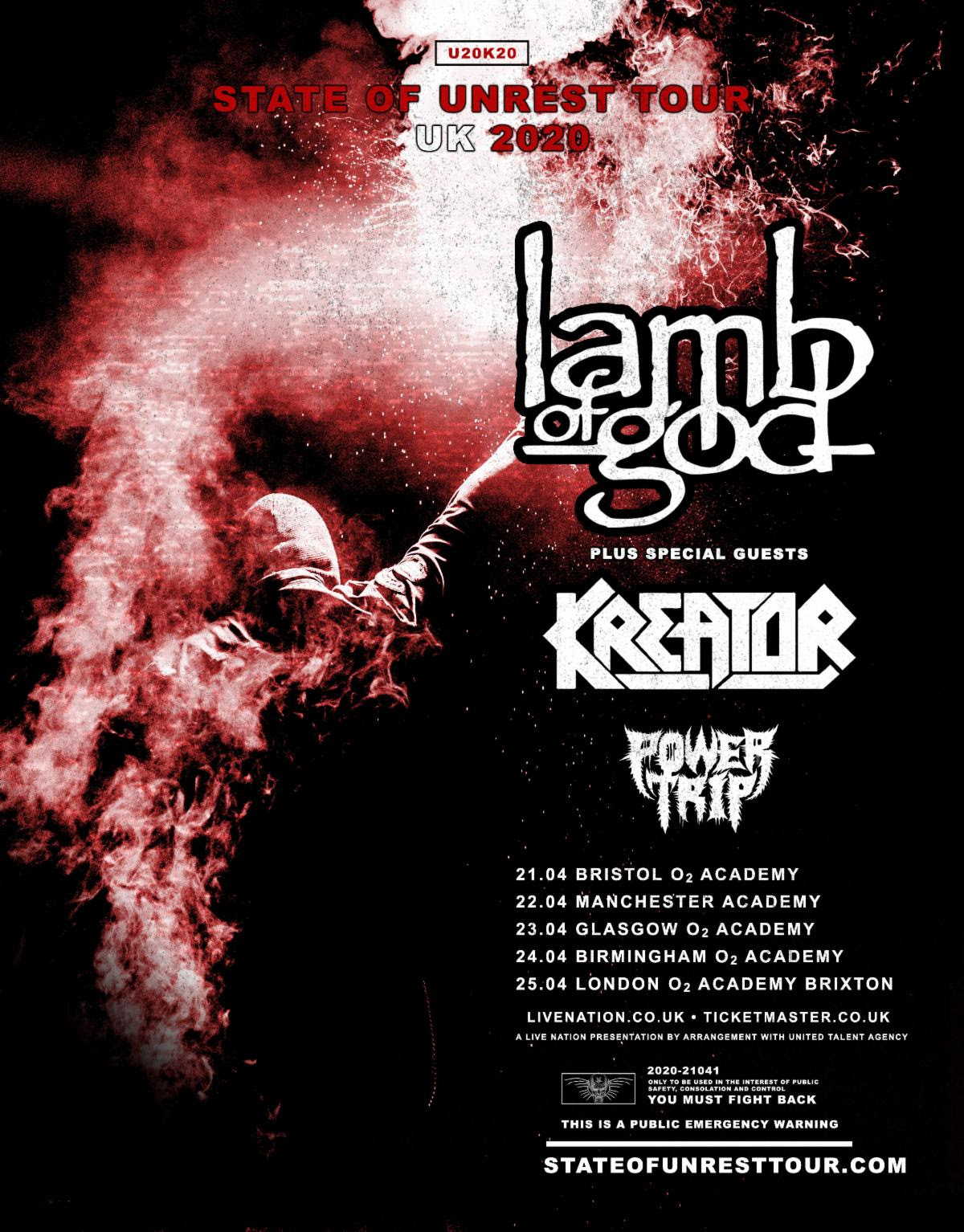 Grammy Award winning, uncompromising Virginia natives LAMB OF GOD are pleased to announce their return to the UK for their own headline tour in April 2020.

The ‘State Of Unrest’ dates mark the first chance for fans to attend a LAMB OF GOD headline tour of the UK since January 2014, with interim incendiary performances as co-headliner with Megadeth (2015), as special guests on Slayer’s final run (2018), and at festivals.

LAMB OF GOD’s inimitable frontman D. Randall Blythe comments, “It’s always a blast when you tour with someone for the first time, so we’re looking forward to hitting the road with Kreator, as well as getting some more hang time with our maniac pals in Power Trip. See ya in April!”

Following pre-sales this week, tickets go on general sale from 10am, Friday 6th September, at https://www.livenation.co.uk/artist/lamb-of-god-tickets and all good box offices.

Outside of touring, LAMB OF GOD have been hard at work on their eighth studio album, recently announcing that drummer Art Cruz, who has been touring with the band since 2018, would remain with the group and join them in the studio for pre-production and recording. The new record, set for release via Nuclear Blast/Epic, will be the follow-up to the wrenching, critically acclaimed, 2015 album ‘VII: Sturm Und Drang’, which smashed into the main UK album chart at #7 and US Billboard 200 at #3. No further album details have been released yet.

For the latest updates, find LAMB OF GOD online: