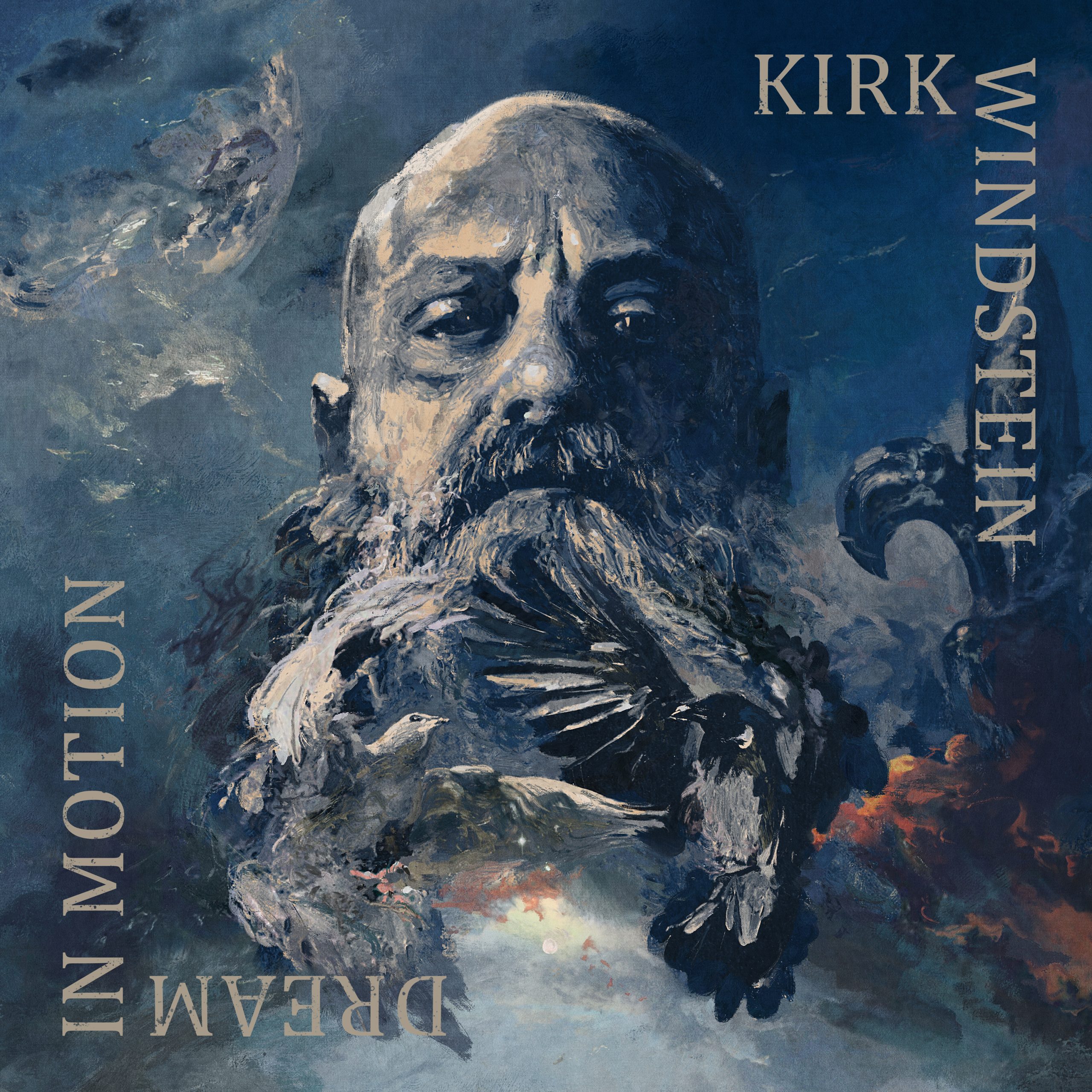 A man who needs no introductions. If you’re into sludge metal, you’ve probably heard of Crowbar and Down. He released two albums with Hatebreed’s Jamey Jasta under Kingdom of Sorrow. His look is unmistakeable, with the backwards cap and flowing beard. His vocal style could be described as the Louisianan Lemmy. Plenty of his fans would call him a legend of the scene, and I review this album following plenty of anticipation and excitement for it.

Kirk turns down the guitars (a bit) and bares his soul for his first solo record. “The idea to record a solo album started out as, ‘I’m going to do an acoustic record,’ but that’s just so cliché,” Windstein explained. “Nothing against that, but it’s been done a million times. But I had been thinking about doing something a little more mellow for some time. It’s something I wanted to do, I needed to do. It’s another side of my songwriting, my personality. It’s another side of me. It’s something I did for myself.” Dream in Motion indeed has the instrumentation of a full rock band, but the beautiful, raw bleakness of every single track reminds the listener that this is a solo record. The album is heavy, but more in an emotional sense than a musical one; not in the same way that a bludgeoning Crowbar riff might knock you for six. No, this album hits home in a different way, and it’s still just as effective as any of his other career highlights. There’s even a cover of Jethro Tull classic Aqualung thrown in for good measure.

Most of the tracks are soft, and clean-guitar driven, particularly towards the start. Opening track Dream in Motion arrives with a Iommi-esque riff, though, and Toxic is another good example of the opposite, with almost upbeat guitar work. With that said, the chorus returns to the agonised slowness of the majority of the record, with a melodic underpinning not far away from Crowbar fan favourite ‘The Lasting Dose’. The unmistakeable distorted guitar tone, in particular, is one of the most Crowbar-esque aspects of this album. Instrumental track The Healing is dominated by clean guitars, but still utilises distortion in certain sections, with a highly effective less-is-more approach. With this regard, it’s probably one of the heaviest songs on here. The crescendo and melodic climax that concludes The World You Know is another high point. Kudos earned, then, for bringing in different shades and colours throughout the album.

What about the quieter parts? The softer songs are emotional in a raw, soulful way, and really demonstrate Kirk’s melodic sensibilities. His chord sequences are refreshing in that they don’t sound vastly similar to what you’ve heard a thousand times before. The key changes in the particularly striking Enemy in Disguise almost seem to evoke heartbreak. The vocal lines are hauntingly beautiful, with a particularly strong performance from Windstein across the whole album. He sings with full throttle at times, but also with chilling restraint. This is an album of two halves, although one proving Kirk’s ear for melody does not have to be mutually exclusive with his signature sound. Years of songwriting have paid off well for Windstein; compared to a more downtempo Crowbar song such as, say, the psychedelic title track from ‘Odd Fellows Rest’, the Dream in Motion material shows that Windstein’s approach has matured like a fine wine over the years.

Don’t expect an album of unreleased Crowbar gems; you’ll only come off disappointed. This album will still, however, appeal to many Crowbar fans. It’s melodic and mournful, rather than sludgy and seething, but far from lacks its heavy moments. It’s fair to say that retrospectively, Kirk will be remembered more for his efforts in Down and Crowbar, which are rightly classic bands of their time. The completely uninitiated would be better off with ‘Nola’ or ‘Odd Fellows Rest’. Yet it would be unfair to say that this is an album for the mega-fans only. If you have so much as an interest in Windstein’s more well-established work, Dream in Motion is worth the listen. It’s true that the pace rarely picks up beyond a mid-tempo stomp at the most, but on this highly rewarding album, it doesn’t need to. Overall, Dream in Motion is a fantastically well-written record; the new decade is off to a flying start already. Keep your eye out for the new Crowbar record expected this year.