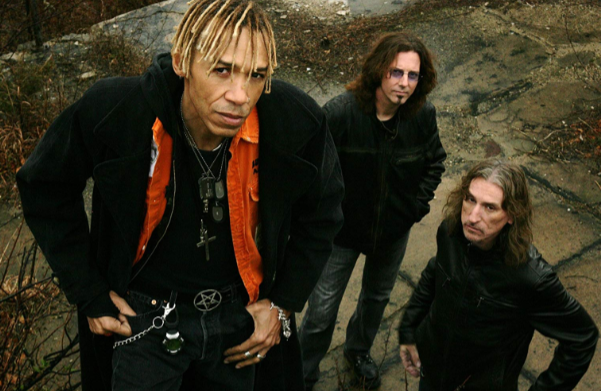 Adored by the press, rock royalty and fans across the board, King’s X really should have been
the next very big thing. Instead they remain the greatest ever cult band

Despite the acclaim that was heaped on Out Of The Silent Planet and its equally fêted
follow-ups Gretchen Goes To Nebraska and Faith Hope Love, for King‘s X the needle
stubbornly refused to budge above the level marked ‘cult band’.
Pinnick, Tabor and Gaskill are back to hit the UK at the following dates

The Kings’ top tracks.
Goldilox
The band’s debut single, and Dug Pinnick’s heartbreaking letter to an unrequited love. The
emotional highlight of both 1988’s Out Of The Silent Planet album and their career as a
whole.

Power Of Love
The down-tuned guitars gives credence to those ‘inventors of grunge’ claims. But this Out Of
The Silent Planet track wears its uplifting U2 influences on its sleeve.

Over My Head
Gospel meets metal on this high point from the band’s second album, Gretchen Goes To
Nebraska.
Pleiades
Ty Tabor identifies Pleiades as the starting point for the King’s X sound, even though they
held it over until Gretchen. As sparkling and celestial as the stars it was named after.