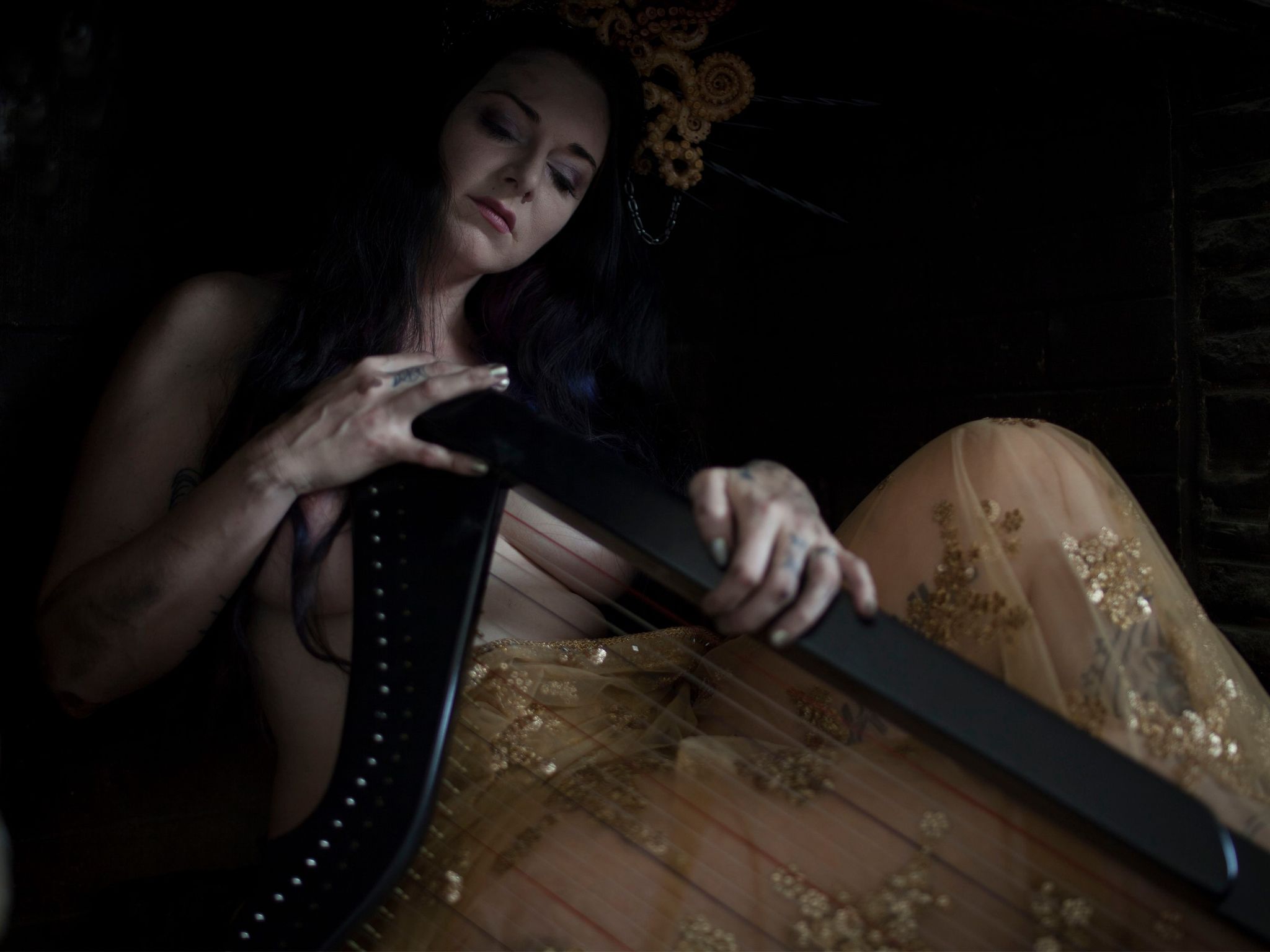 The Cave Is Set For December 21st Release Date

American neo-folk artist Joy Shannon is set to release her latest album “The Cave” on her Triple Goddess imprint on December 21st 2020!

With a haunting lyricism and stirring melodies that touch on a more ancient time, Joy Shannon creates mythology-inspired dark folk with Celtic harp, voice and cello. “The Cave” is her seventh studio album. This album was recorded at Lava Studios in Copenhagen with producer

Christopher Juul, best known for his work with the rousing Nordic folk band Heilung. The cover art was designed by illustrator Adrian Baxter, known for his intricate artwork in the metal genre. Having previously released albums with her Celtic folk band “Joy Shannon and the Beauty Marks”, Shannon chose to create this album alone as Joy Shannon, in step with the theme of the solitary spiritual experience that inspired this conceptual album.

“The Cave” was inspired by a revelatory spiritual experience in a cave on the island of Crete, one that bears evidence of ritualistic use from 30,000 years ago. “As I walked into the cave, its high ceiling opened up and the cooing of pigeons perched high in the rocks created an echoing symphony of rhythmic coos, which sounded like a heartbeat”, writes Shannon.

With its red rock walls and distinct smell of iron, the cave felt like a living thing—the very womb of the earth itself. In the flickering light and dancing shadows, Shannon felt the sense of the ancestors walking amongst us with their timeless wisdom.

After this experience, Joy began to research the use of caves in ancient Irish rituals and beyond. Her journey led her to create a multi-layered album that explores the mythologies of ancient peoples, as well as the stories we tell ourselves within our own personal caves.

While the album was written and recorded in late 2019, its themes of meditation in solitude and facing fears alone in the darkness of a cave, felt relevant in the midst of the isolation during the quarantine of the global pandemic. It is Shannon’s hope that her album may offer solace and comfort, during these challenging times.