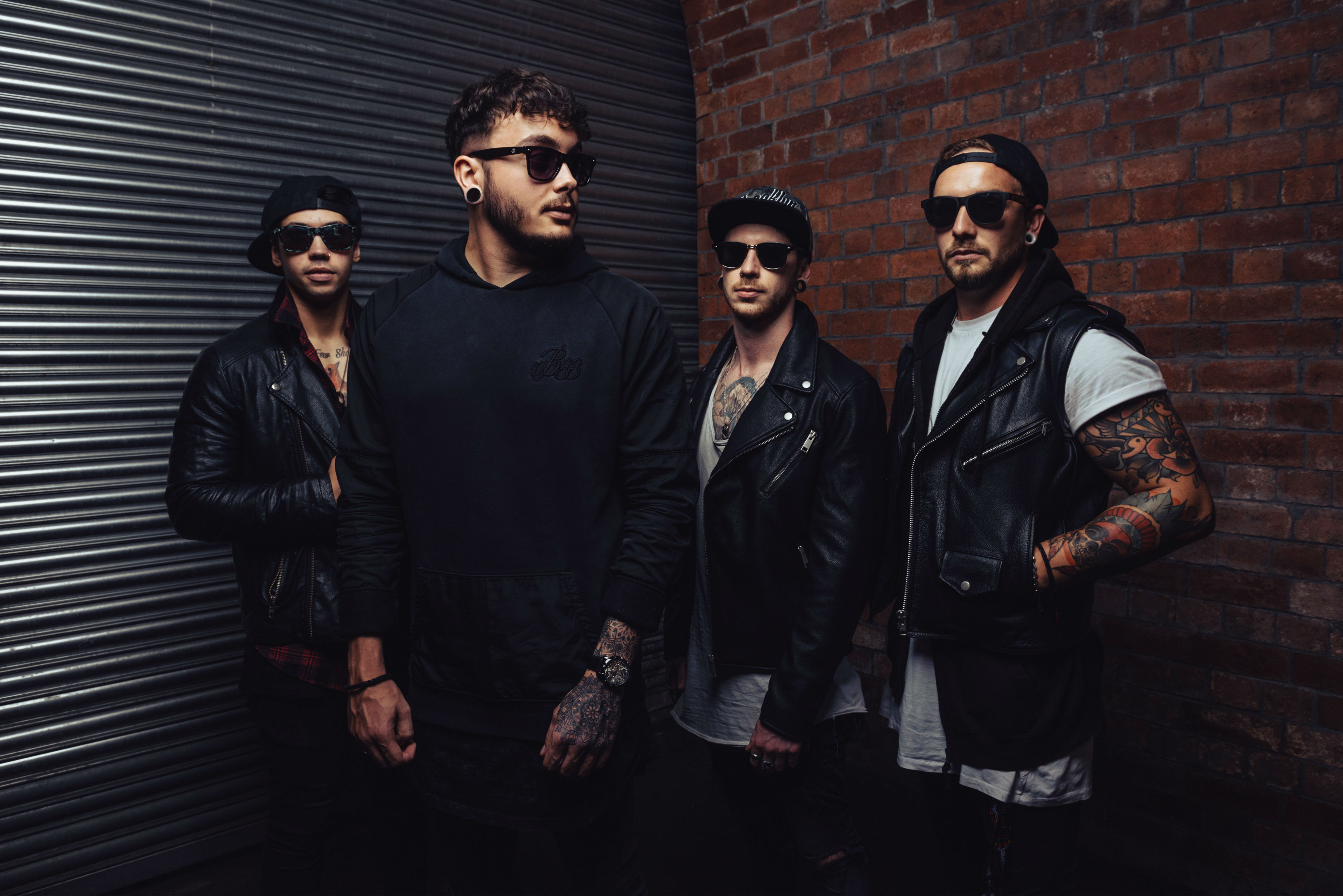 York’s InVisions are ecstatic to announce their signing to Stay Sick Recordings. They’ll make their return on 8th February 2019 with their most ambitious and loudest work to date, second album “Between You & Me”. You can pre-order the physical record from InVisions or Stay Sick Records, or digitally from iTunes.

Speaking of the signing, guitarist Lucas Gabb says “We were all at work, just a normal day when we got a message from our manager saying that Mike & Fronz (Attila / Co-Owner) were listening to the new record. Pretty much straight away he showed interest and said he’d be in touch with a formal offer to join the label, which was mad! Mike has a badass history in the music industry and Fronz is G so we’re definitely really hyped to get on board with them for the new record!”

InVisions recently released the first cut from the record, “Good For Nothing”. A pummelling, relentless statement of intent, showcasing an ear for colossal hooks and choruses, accentuated with stabbing orchestral layers and electronic elements. “Good For Nothing was the second track we wrote for the new record so we’ve been sat on this track for what feels like forever!”, explains Lucas, “When Alex (guitars) and I went into writing this track, we knew we wanted to incorporate a guitar riff driven chorus that’s not only catchy, but something that keeps your head boppin’! Lyrically the track deals with the idea of using vices to escape yourself even though you know they are damaging you and are only a short term solution. It’s all about the struggle to take control over your life and breaking out of that negative cycle”.

Watch the video for “Good For Nothing” below:

Spawned into being in 2016 from the ashes of former local bands in their hometown of York, England. InVisions are contagious, NSFW and blistering. Drawing from a plethora of influences – the adrenaline and aggression in metalcore, combined with intricate guitar work inspired by 80s thrash, with the no-fucks-given attitude of modern rap – it’s all tied together with the schizophrenic vocals of Ben Ville leading at the helm, ranging from guttural growls, to biting and demonic squeals, and moments of relief in his emotive singing. Diving headfirst into their debut self-released album Never Nothing in August 2017, which was recorded at Innersound Studios with Sam and Joe Graves (Asking Alexandria, Eyes Set To Kill, Deaf Havana), InVisions garnered support from the likes of Rock Sound, Kerrang! Radio and Metal Hammer. This fuelled a hefty touring schedule, with highlights including Download Festival and support to Slaves (US), Our Hollow, Our Home and Glamour Of The Kill. InVisions returned to Innersound Studios to record their forthcoming second record Between You & Me. Guitarist Alex Scott explains “Between You & Me’ is a phrase everyone has said at some point when confiding in another person or divulging personal information. It’s the lead in to a confession, an off-the-record statement. It wholly sums up the themes that this album explores and the way in which it portrays them”.