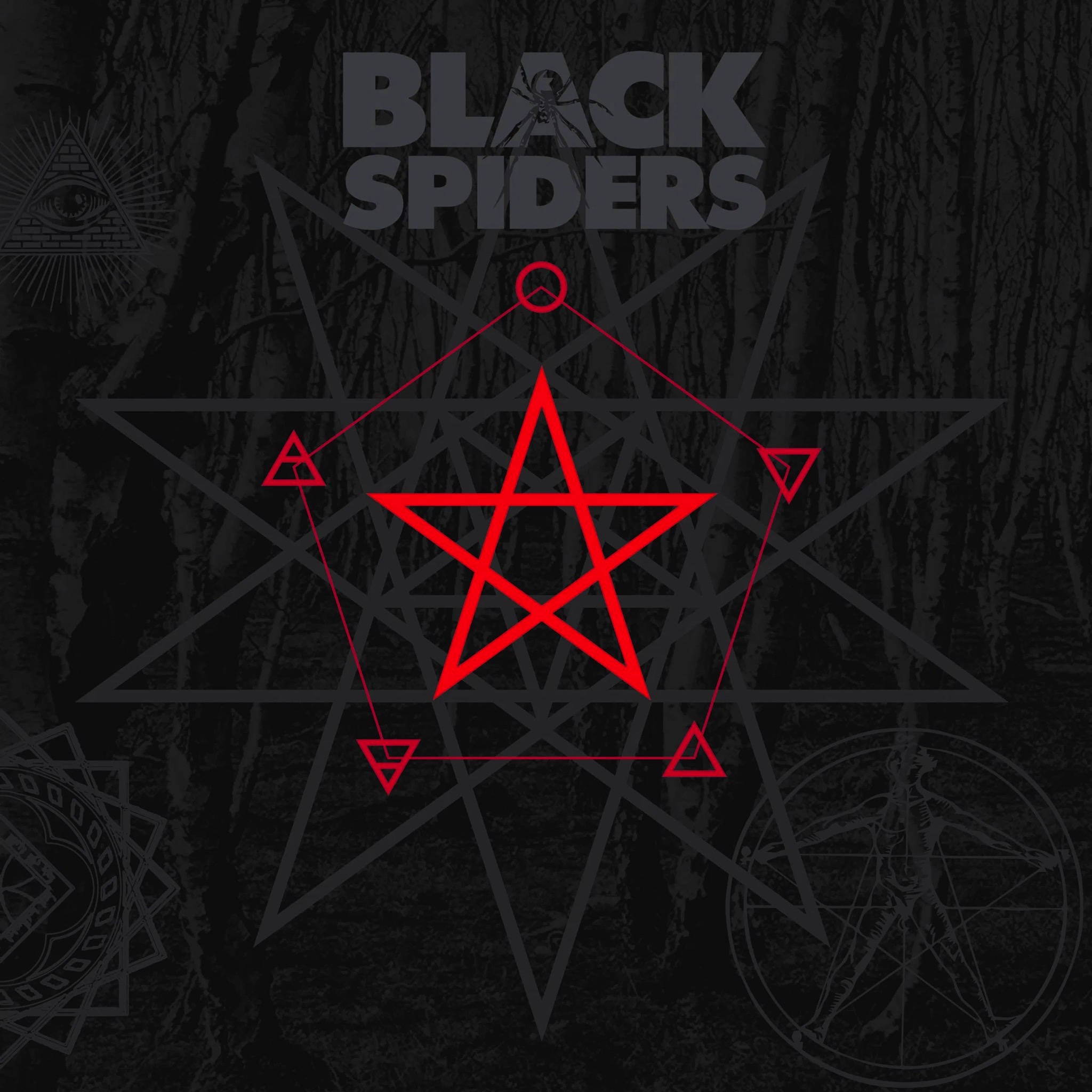 A lot of us were disappointed when THE BLACK SPIDERS had to cancel their trip to STEELHOUSE the other week, so Diane had a chat with frontman Pete Spiby to get the latest news.

Hi Pete, thank you for taking time to chat with MMH

A lot of us were gutted that you couldn’t make Steelhouse, is everything ok with you now ?

We were also gutted that we had to cancel as we’d been working so hard towards what would have been our first gigs back and the first with Wyatt on drums. I think we might be over it now, and we are Plague free (touch wood!!) Looking forward to what will now be our first gigs, at Bradfords Nightrain and Bloodstock festival…

Lets hope we see you up the Mountain next year, that would be cool wouldn’t it ?

What’s another year to wait….

From 2008 to 2016, you were everywhere, one of the most explosive bands on the circuit, supporting the best out there, I think a lot of us were actually cried when we learnt you were splitting up, so do you mind me asking what went wrong ?

Nothing went wrong, things just weren’t going right, so we took a break from it…

We then looked at getting it together and the magick was still there!!

You have a new man on sticks, how is he panning out, do you think he’ll last ?

Well, we hope he lasts for a full gig!!!

Wyatt joining the band was probably something written by the druids into a prophecy. The stars aligned and everything fell into place. We are very lucky to have him.

I must speak for thousands of us when I say it’s so good to have you back, you have over 20k followers on Facebook alone, are you overwhelmed with the love you have as a band ?

It’s a decent number, so we can see that people like us, hopefully. We hope that the new music is reaching out to those and more and keeping the spirit of rock alive…

Let’s talk about the new album BLACK SPIDERS, a lot of good press about it, you must be happy with the response ?

Yes, we are very proud of this new album, since we started writing again, there has been a great vibe in the band. A new positivity that I think has even surprised us and this is reflected in the music. There is more to come so we’re keeping that all going and hopefully when there is some sort of new normal, maybe we’ll be as explosive as ever on the live circuit…

When did you get to write the new songs, is it something you achieved during lockdown ?

All the new songs from the album and EP we released prior to the album are new and were written and demo’d during lockdown and eventually (when we were allowed to) recorded as soon as we could. It’s now the new normal for us and a great way of writing lots of songs for our mountain of rock !!

How do you go about song writing, do you all contribute together ?

It’s quite a different way of doing things for us, as we were ‘forced’ to do it this way, so as not to lose any momentum…

There is usually a very solid song idea demo up, that is then passed out to everyone to contribute their own part/s to.

It’s an alien way of doing things for us, but it’s a winning formula that we will move forward with..

It’s a great piece of work, are you planning more gigs to promote it ?

We hope to do more shows before the end of the year, fingers crossed. There are one or two around festivals as well. It’s a shame we couldn’t do the July dates as that was a lead in to the new album live. The next dates we do will be heavy on the new record…

Do you guys have a favourite venue in the UK, or are you happy playing anywhere ?

There are a few places that we have played in the past that have always been on our live ‘circuit’. There are some awesome places we’d like to play, but maybe won’t get the chance to again…

Glasgow is a favourite city in the UK, do t mind where we play there. Exeter Cavern is always a riot, so many places, so little time..

Whats the strangest place you have played a gig ?

Definitely in China. We played the Beijing stadium over the course of a week, eventually headlining the final night, which was absolutely bonkers, but amazing !!!

What’s next for the Black Spiders ?

We have Bloodstock festival in August and then HRH in November..

Hopefully in between we are going to start work on our next album. No flies on us…

Thanks again Pete and good luck with everything.

On August 14th THE BLACK SPIDERS  play their first gig in ages at Nightrain and the first EVER with Wyatt. Playing songs from the back catalogue, along with modern classics and at £10 entry it’s the bargain of the Century!!