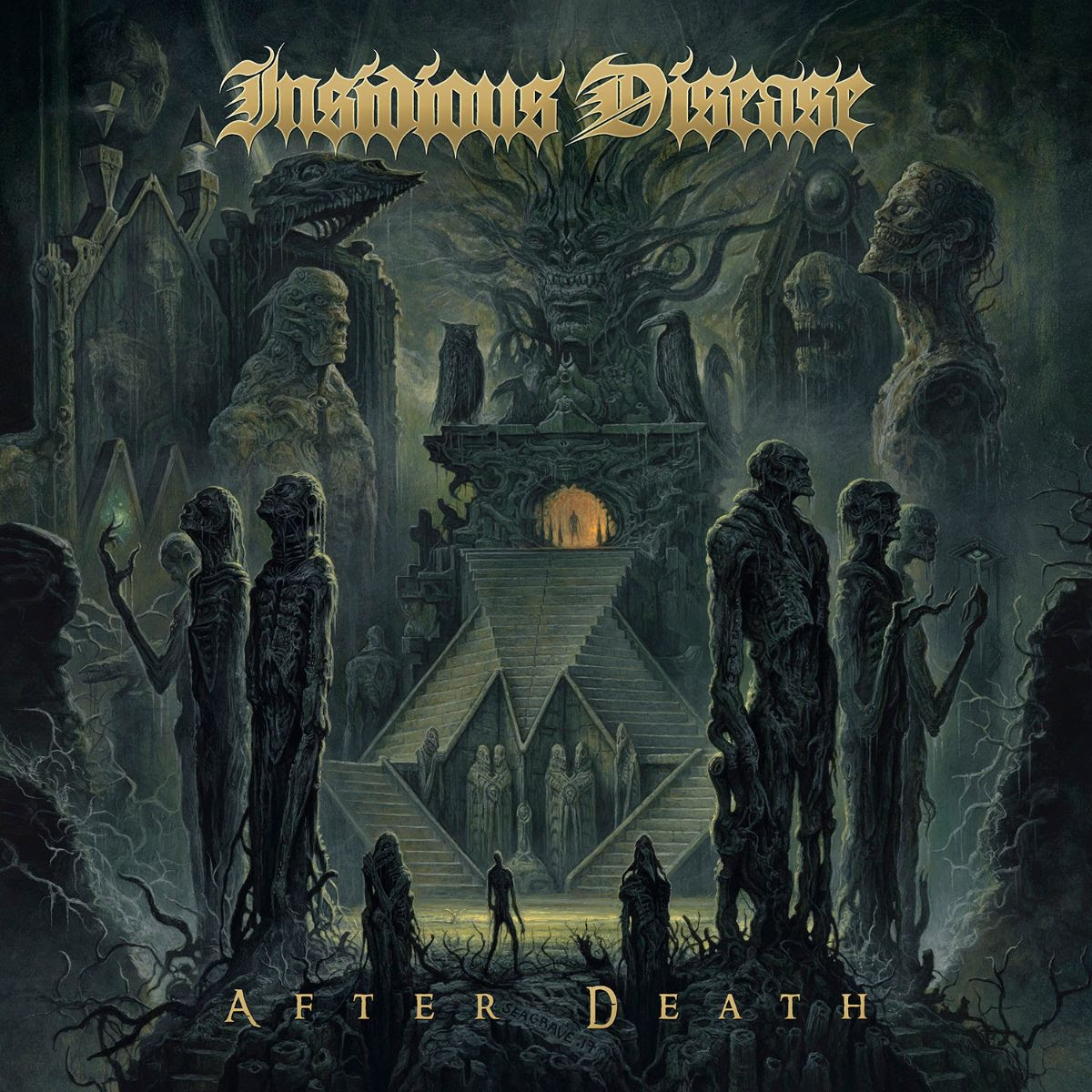 Watch the visualizer for “BORN INTO BONDAGE” here:

“Recalling the time Silenoz and myself wrote ‘Born Into Bondage,’ I totally remember it was a foggy and rainy Norwegian day in the fall, just as it is right now, actually…perfect scenery to fall into philosophic talks about lost relationships, lost hopes and so on. We were talking about dependency in any kind of way, may it be religion, ego, drugs or whatever we once were trapped  in one way or the other .

We had this traumatic sounding Intro-Theme..words were flying around and all of a sudden it was assembling together. I just tried out some vocal phrases out of the top of my lungs…and it somehow fitted perfectly. After that it was just like a hot knife cutting the butter.

I guess Silenoz and I have a common sense about what “freedom” means, so after these first takes with an SM 57 in Silenoz basement we just recorded those vocals, that you can actually listen to on this recording…it’s OLD SCHOOL as it was meant to be! No posh studio shit…recording in the basement…its more about the common sense of how you “feel”about a song, not so much about technical abilities! That’s how it works, and how it was meant to be… right?!”
Sonically inducing a depraved and morbid condition of the mind, INSIDIOUS DISEASE will return in 2020 to present their second full length album. Freshly signed to Nuclear Blast Records, the band convenes to create a modern venture into classic death metal. Still in the early stages of existence with only their debut album “Shadowcast (2010)” preceding, INSIDIOUS DISEASE are ripe with a hellish energy that seeks to sear its way across the universe of heavy metal. “It’s not supposed to be re-inventing the wheel or anything, it’s just about finding a good groove that we feel comfortable with,” explains Silenoz.

Pre-order your copy of “After Death” in the format of your choice here:www.nuclearblast.com/insidiousdisease-ad