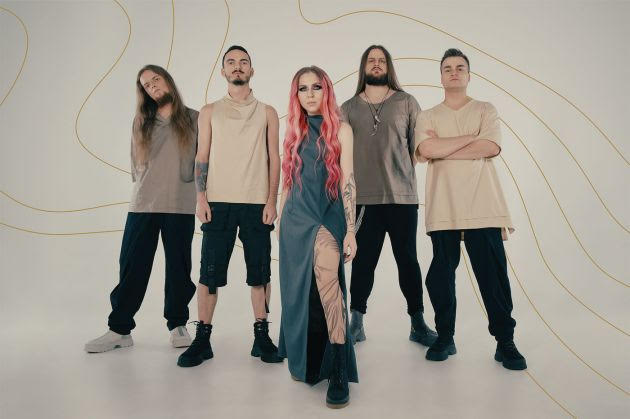 IGNEA is a Ukrainian melodic metal band with a modern sound, mixing heavy riffs with symphonic, electronic, and folk elements that create a powerful OST-like experience. Staying true to the melodic essence of their music, IGNEA also adds touches of brutality by occasionally incorporating extreme vocals, breakdowns, and blast beats.

Today, IGNEA announces an exclusive edition of their new album “The Realms of Fire and Death”, to be released via Kadabra Music on July 3rd, 2020, and exclusive for physical distribution. The CD will be available as a 4-panel digipak and will be distributed by Plastic Head in the UK/Europe and Rock Inc. (BeNeLux).

You can now pre-order this exclusive edition of “The Realms of Fire and Death” on Bandcamp:

Vocalist Helle Bogdanova comments on the band’s partnership with Kadabra Music: «Being a totally DIY band, we’re excited to make our first steps in the direction of physical distribution. This new stage starts with the proper record and proper partners. “The Realms of Fire and Death“ is the best music we’ve created so far, it is very well-thought and mature for IGNEA. We also have warm feelings towards Portugal. Metal Hammer Portugal always supported us with their reviews, even back in the days when they were under Ultraje brand. Vagos Metal Fest was one of our top festivals ever. And now we have Kadabra Music as our physical distribution partners who will help us to bring the record to the shelves of European online and offline music stores. Here’s to a fruitful cooperation!»

“The Realms of Fire and Death” is a concept album with a strong story-telling, metaphors and symbols. It is divided into three major parts, each consisting of 3 songs. Each part outlines a separate story, bringing the themes of fire and death from different perspectives. Musically, “The Realms of Fire and Death” is a modern-sounding metal album, featuring the dynamics of shifting from lighter to more brutal parts, and yet, preserving the melodic side of it. While earlier the band was working towards a symphonic direction, the melodic side in the new album is executed through various synths and electronic sounds.

Watch the video for the track “Disenchantment” below: