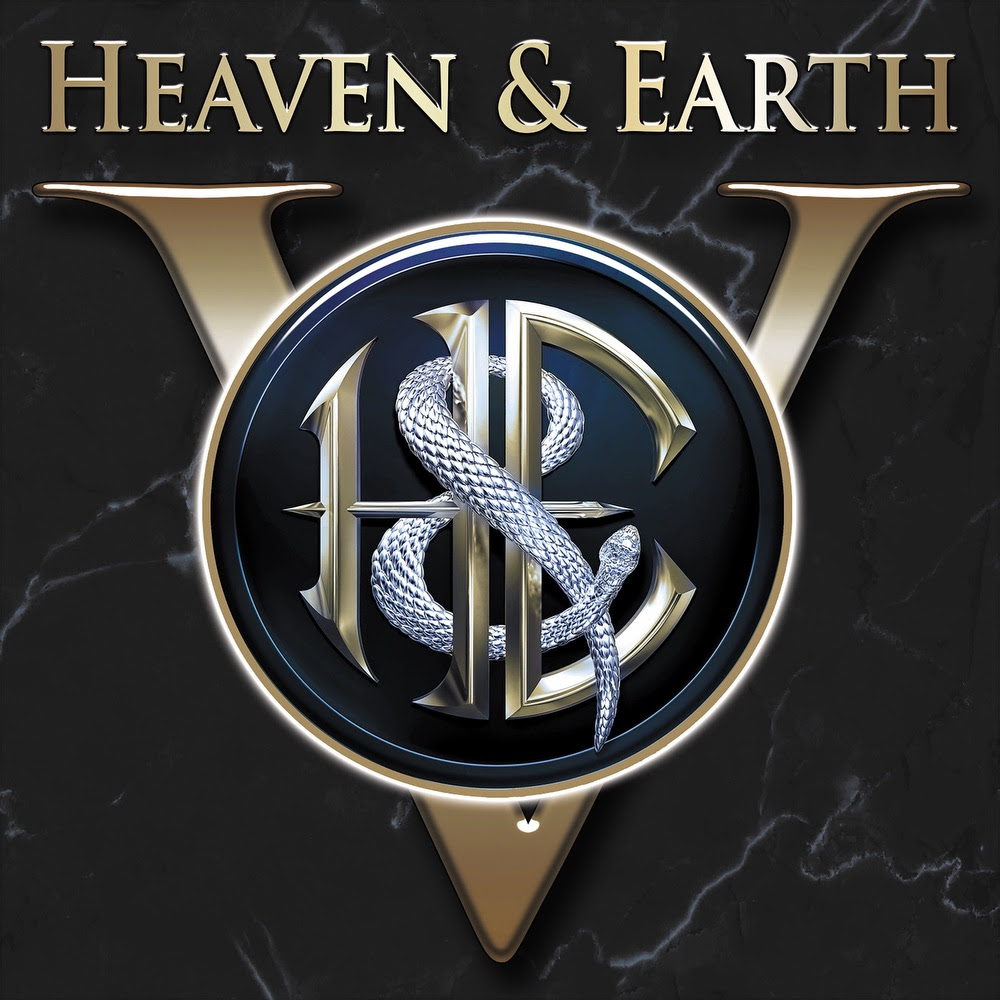 Hard rock outfit Heaven & Earth return in July with the release of their fifth studio album, the aptly entitled ‘V’. With a line-up that now includes Gianluca Petralia (vocals), Stuart Smith (guitars), Lynn Sorensen (bass), George Barabas (Hammond organ and keyboard) and Simon Wright (drums, percussion), they have become a truly international band. With an Italian singer, a Hungary-based keyboardist and two UK transplants now living in the USA among their ranks, the quintet have somehow banded together to record this magnificent new effort.

“I feel that this is our best album yet. It has a much harder edge than the previous records and the chemistry between the new musicians is amazing,” states Smith.
“It has been an incredible five-month ride of impulsive writing and recording with outstanding musicians that I am now honoured to call friends,” Petralia confirms. “From the beginning, it felt like this album was already there. It just needed to be delivered. It was like a scream to exorcise the bleak reality we are living right now.”

Barabas adds that “I have been a big fan of Heaven & Earth since their first album, so when Stuart asked me to join the band it was like something any fan or musician would dream of. I enjoyed the whole recording process and we laid down some serious hard rock songs for this record.”

In regard to the recording process, Sorensen points out that “two of our members were in different countries so it was logistically challenging to record, but everyone rallied together like a great band should,” while Wright concludes that “I’m glad I had the opportunity to play on this Heaven and Earth album. Incredible musicians and some classy songwriting.”

‘V’ is a must hear for lovers of ‘70s hard rock icons such as Rainbow, early Whitesnake and Bad Company.