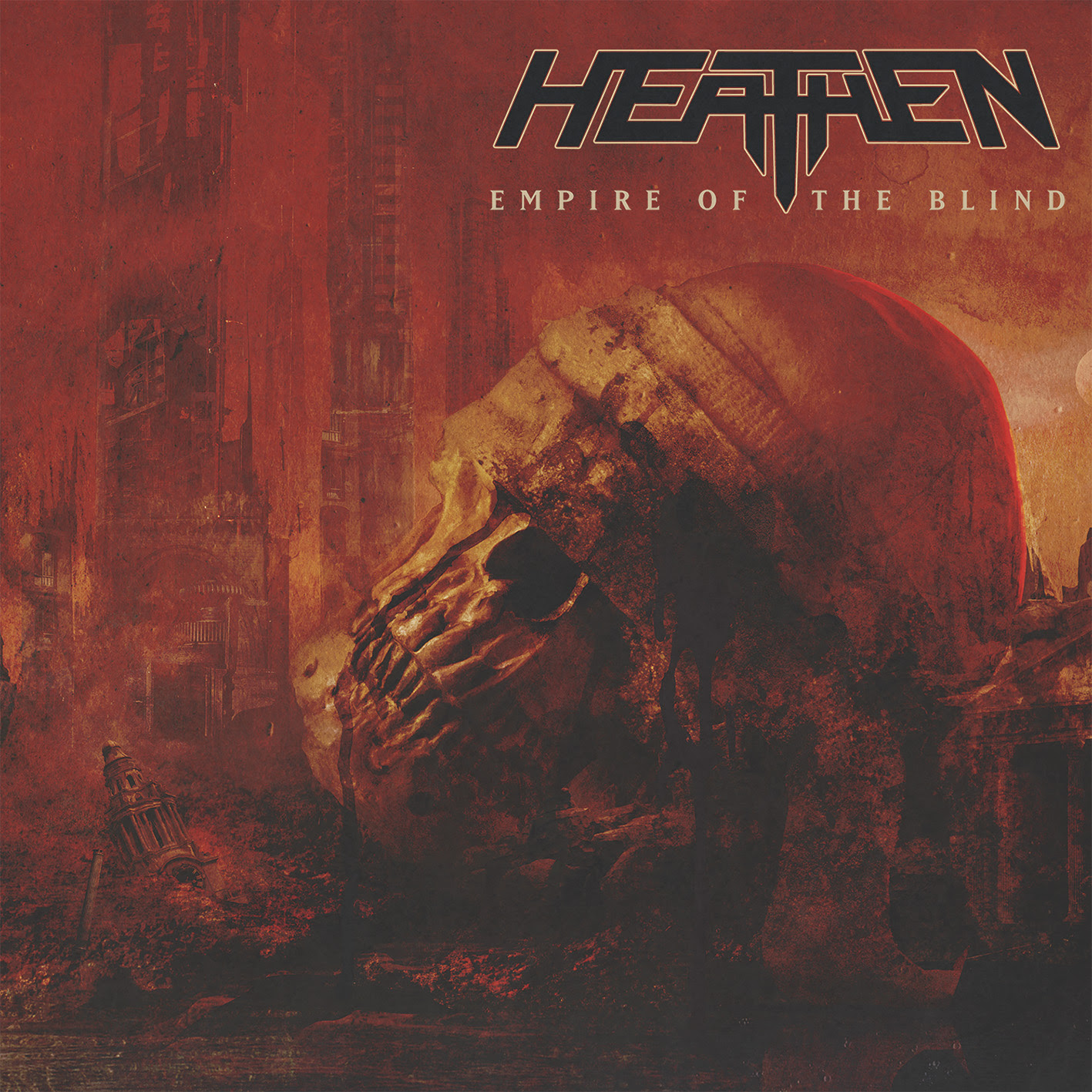 RELEASE NEW SINGLE + MUSIC VIDEO FOR ‘SUN IN MY HAND’
+
‘EMPIRE OF THE BLIND’ OUT NOW!

Today, Bay Area thrash legends HEATHEN unleash their fourth studio album, ‘Empire of the Blind’, unto the world via Nuclear Blast Records. In celebration of the release, the band offers fans new single and music video for “Sun In My Hand“.

HEATHEN comments, “Thanks to all of the HEATHEN fans and headbangers everywhere for your legendary patience over the last 10 years. The moment has finally arrived, and we are very proud to share our new creation with you via the best metal label on the planet, Nuclear Blast Records! Without the support of the fans, heavy metal would have no voice. So lift your fucking glasses high, grab your copy of ‘Empire Of The Blind‘, and in the immortal words of Rich Burch, ‘bang that head that doesn’t bang!’ Cheers!”

Check out and download the new single for airplay now:

Empire of the Blind was for the most part engineered, produced, mixed, and mastered by Christopher “Zeuss” Harris at Planet Z Studios. Additional details – rhythm guitars, etc. – were put to digital ‘tape’ by Kragen Lum at SubLevel Studio in Little Rock, AR. The album features guest appearances by Gary Holt (Exodus, Slayer), Rick Hunolt (ex-Exodus) and Doug Piercy (ex-Heathen). The cover artwork Empire of the Blind was handled by renowned artist Travis Smith (Overkill, Exhorder).
Empire Of The Blind tracklisting: