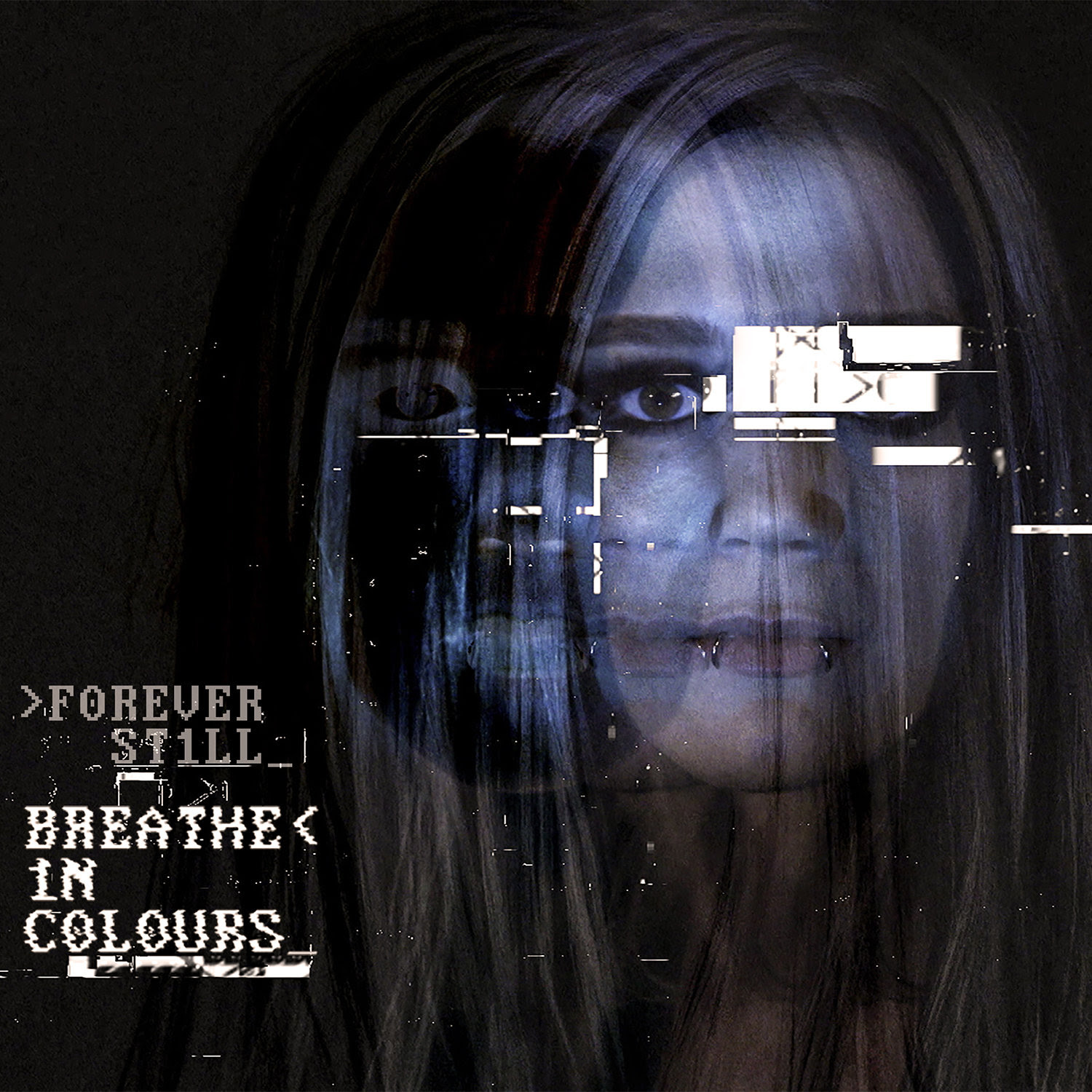 On March 29th, FOREVER STILL will unleash their sophomore full-length release ‘Breathe In Colours’ via Nuclear Blast. Inspired by a dystopian cyberpunk future and the fact that some of the biggest works in that genre, Blade Runner and Akira, are set in 2019, Denmark’s highflyers have adapted a dark musical concept for this record and take a look at the world being on the verge of ecological collapse, while humanity is fleeing into cyberspace to escape the horrors of the real world.
After the epic ‘Rew1nd’, the band now unveils the second single of their upcoming album – their title track ‘Breathe In Colours’. The song title and album name was inspired by a memory from Maja‘s past, as she explains:

“The album title was born from an experience, I had as a young teenager, where I started wearing all black and a friend of my mother’s suggested that I wear more colours. I told her that it’s just an aesthetic preference and she replied that it was okay “as long as I remembered to keep the colours on the inside”. At that time I thought, it was the stupidest thing, I’d ever heard, since wearing black clothes doesn’t automatically mean you’re sad inside. Despite thinking that, her words stuck with me and I was able to have it make sense in a new way much later in life. For this album it’s an affirmation that even though the world sometimes seems cold and grey, there is still colour and kindness to be found, but in order to see it, we first have to find the colours on the inside.”

In case you missed the first videos, make sure to watch them here:

Trailer #1 – about the album concept:

When Philip K. Dick wrote what would later become Blade Runner, no one would have believed that the dystopian cyberpunk future he imagined 2019 to be, would be so similar to the world we live in today…
This realisation is what sparked the idea for the new album from FOREVER STILL – ‘Breathe In Colours’. With their sophomore full-length album, the band has evolved their songwriting skills even further and didn’t want to produce a carbon copy of its predecessor ‘Tied Down’, released in 2016. Instead, the new album drifts both into more epic moments, while frontwoman Maja Shining also delivers her heaviest screams to date. And for the first time, the songwriting duo of singer Maja and multi-instrumentalist Mikkel Haastrup have decided to make the album a more collaborative effort and therefore brought their long time live drummer, Rune Frisch, into the studio with them to record the drums – a big step for the two young musicians who handled everything on their own on the previous record, from music videos to band photos, the album production and even concert booking. After sweat, blood and tears and the surprising use of a theremin, the result of FOREVER STILL’s efforts to break through the numbing grey, is a surprisingly diversified and mature album that breathes fresh air – and colours – into the bland rock scene.