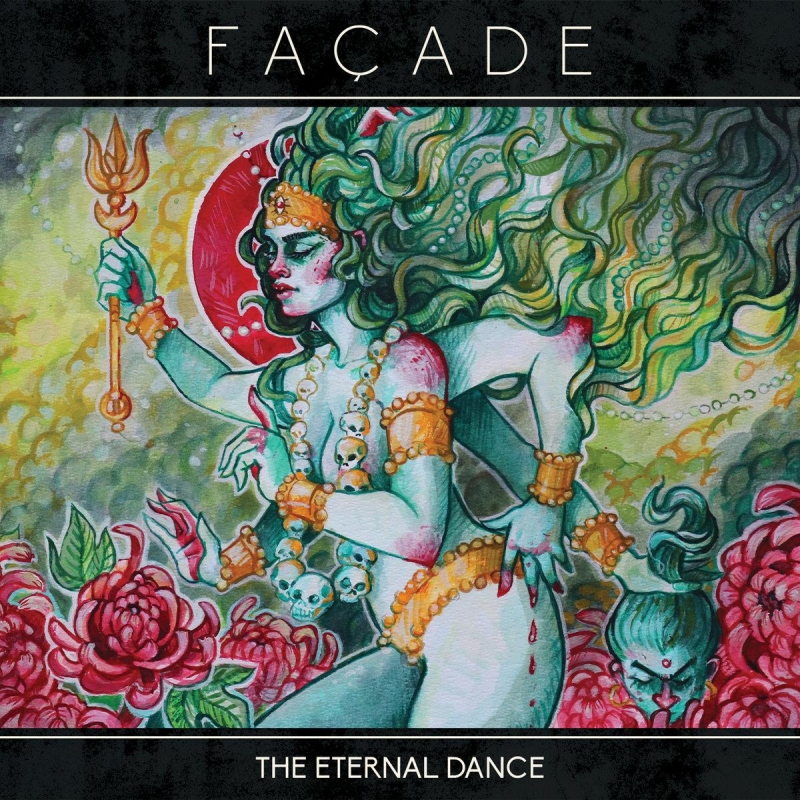 Façade – “The Eternal Dance”
Self-Released
29 November 2019
DIGITAL | CD | LP
Façade is a Dutch doom metal band formed in 2011 by Ben de Graaff (Night of Suicide, Phlebotomized) and Korijn van Golen (Onheil) and released their first EP in 2013. In 2017 they released their self-published, full-length album ‘Loathe’ which was a well received debut, described by Metal Trenches as “An imposing and soul-crushing bit of death doom that evokes plenty of dread and melancholy…” In winter 2019 Façade is releasing a new full-length titled ‘The Eternal Dance’. Written and recorded in the period of 2017 to 2019, the band turns a new page presenting a reinvented sound and taking their compositions into a new direction.
The Eternal Dance is a concept album about cycles. It features the Hindu goddess Kali on the cover, who’s role in mythology is that of both a mother goddess as well as a bringer of destruction. The album title was inspired by the idea that our lives, our ideas, and all the things that surround us are just small motions in a larger movement: a never ending dance that is the Universe. One motion ends, but a new one follows up to continue the dance. One life ends, but a new life is born. Each song on the album represents a phase in that cycle, both lyrically as well as musically. It starts heavy and energetic, and gradually moves into a more sluggish, dragging kind of vibe. The fifth song “Moksha”–sanskrit for liberation and freedom–represents the release from this cycle of death and rebirth and features spoken words by the 20th century zen philosopher Alan Watts, taken from a lecture about his thoughts on death.
Line-up:
Ben de Graaff (vocals)
Berend Klein Haneveld (guitar)
Chris Harmsen (guitar)
Conrad Stroebel (guitar)
Korijn van Golen (drums)
Pim van Dijk (bass)