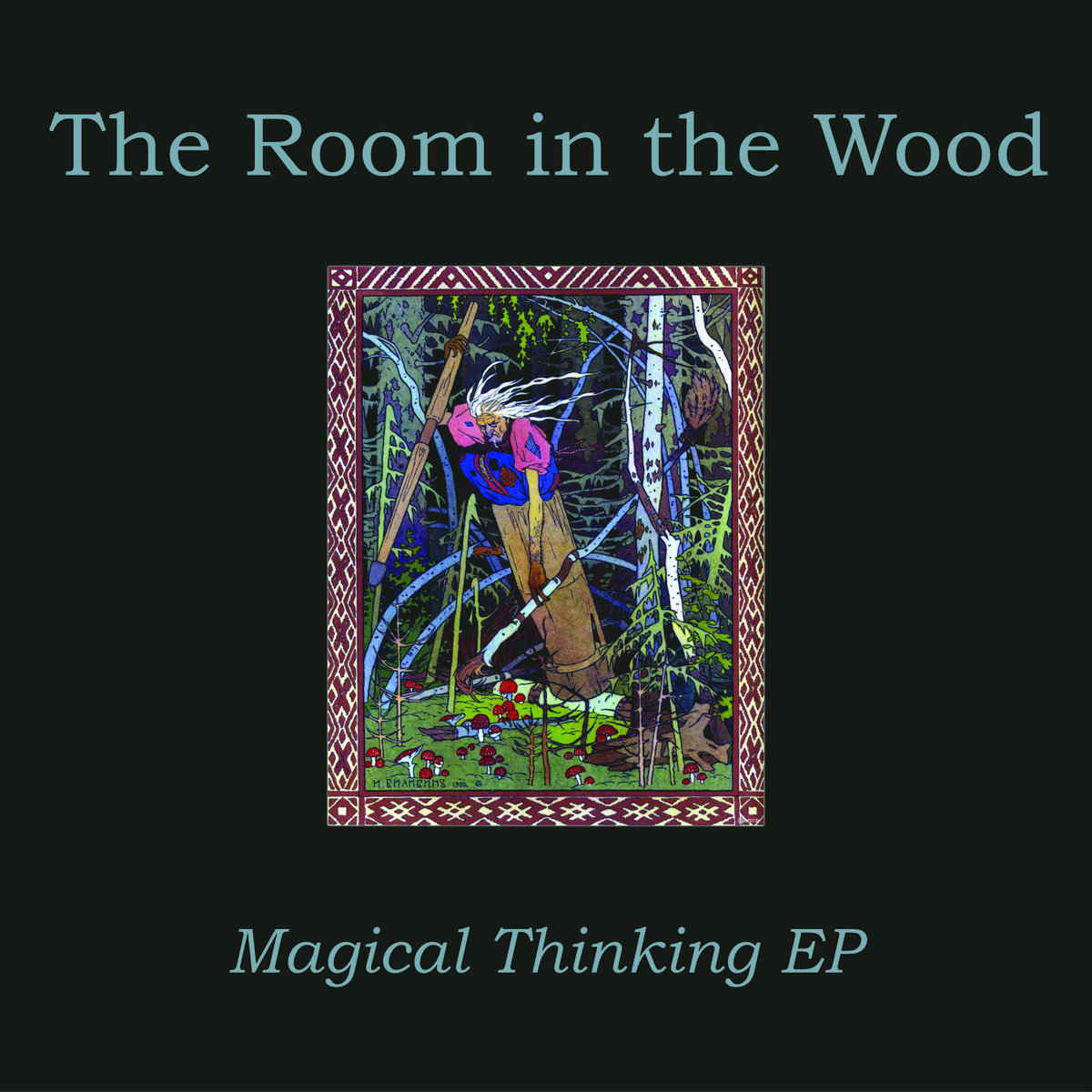 An EP to precede a full length album from THE ROOM IN THE WOOD. The band comprise Paul Cavanagh and Dave Jackson who last worked together in their post punk band The Room who split back in 1985. They took their time then! MAGICAL THINKING is released through  A Turntable Friend Records.

The lead track comes first, a hint of swagger to the vocals reminiscent of Mark E Smith though perhaps not as belligerent and grumpy. The song has a minor key feel to it despite the indie guitar jangle. It is an understated track that creeps up on you and works it charms. ‘Baba Yaga’ has a jauntier folky feel to it as Jackson tells his tale over shuffling percussion and a cool rock and blues bass line. ‘Dragonfly’ completes this trinity of songs with a slightly mysterious feel, and a hint of ‘The End’ by the doors told trough the medium of lilting folk.

“Magical Thinking is a bit of a tongue in cheek rant about the weird stuff people
believe in to get them through their days. Though the lyrics might come from a ‘spiritually unaffiliated’ standpoint, I wonder where we would all be without our collective storytelling abilities, dream logic, mass hallucinations and dogged determination to make 2 plus 2 add up to 5,” says Dave Jackson.

Perhaps not a record you would expect reviewed on a rock and metal website but that is my job folks, to throw you music that would not typically be heard in metal circles but The Room In The Wood have much to offer those willing to listen.