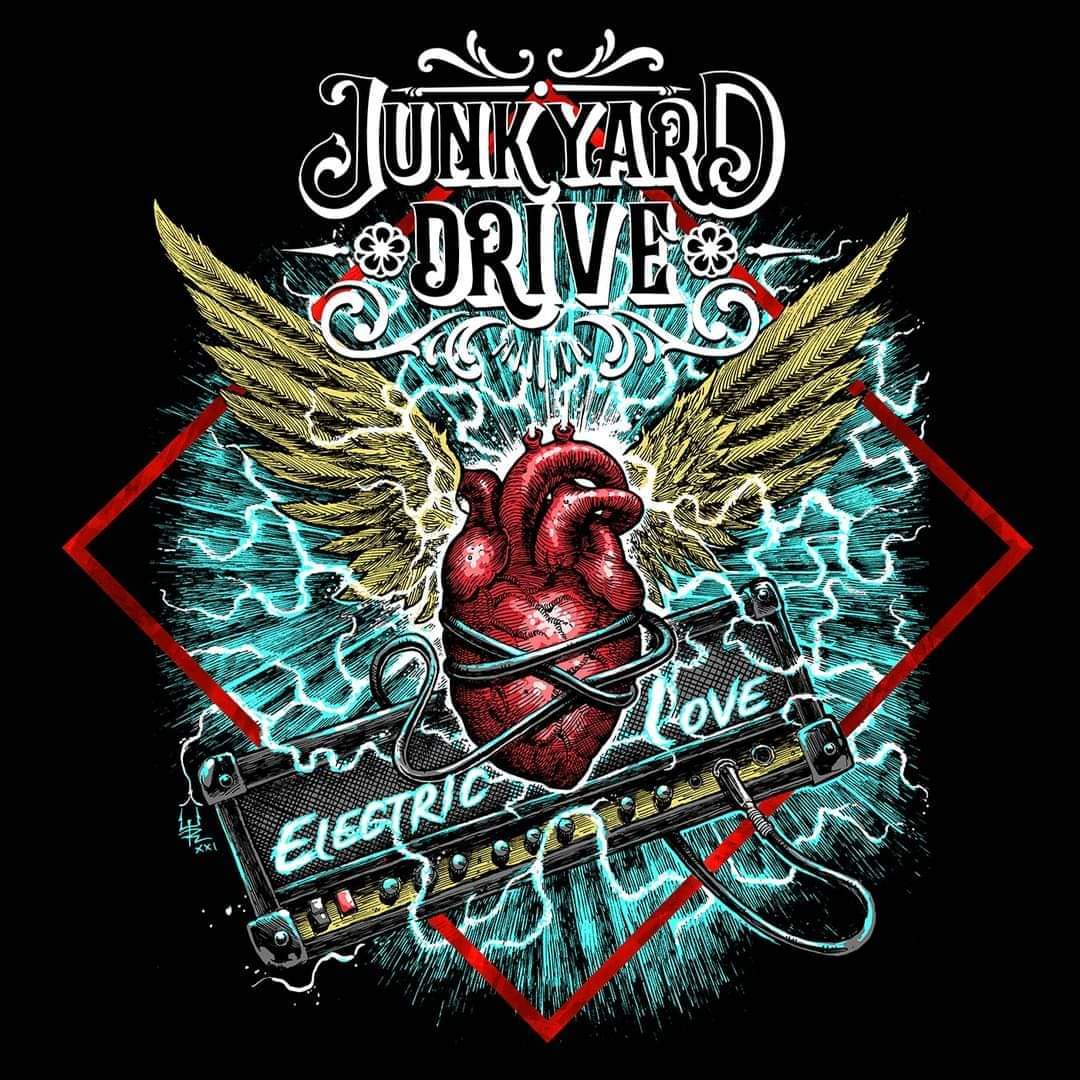 Formed in 2014, Junkyard Drive are a hard rock band from Copenhagen, who cite their influences as Guns ‘n’ Roses and AC/DC, if your musical taste leans towards classic hard rock, you’re going to love this album and the band may just be a new find for you too!

Since the launch of the band , Junkyard Drive have been across half the world. With more than 100 concerts played, over five million streams and two records to this day, they’ve solidly planted their flag on the international rock scene, playing the big stages in Sweden Rock Festival and doing the big tours with, for instance, Eclipse. After the success of their most recent album “Black Coffee” with new faces and ten new songs, the band delivers their next record “Electric Love”.

The band recorded their latest offering at the legendary Medley Studios, it was produced by Soren Andersen (Glenn Hughes, Electric Guitars) and mastered by Erik Martensson (Eclipse) and it would be fair to say this album delivers a big step up in all reality, from their previous releases, “Sin & Tonic” and “Black Coffee”, they have built on their back catalogue and show a new level of maturity in terms of the songs and their overall combined musical performance which is something divine, crossing between classic hard rock and bordering on sleaze rock, whatever way you label it, you’re in for a treat.

There’s something to suit all rock tastes on “Electric Love” from ballads “Mama” to big punchy choruses, powerful lyrics that Kristian brings alive with his accomplished vocal range, and the guitar riffage is sublime on every track, tight delivery of the drums and the rhythm section and you’ll be foot tapping and rocking from the awesome introductory track, “Let it Burn”.

Very early on in the album, I am hooked, by the time I have got to tracks 3, 4 and 5, respectively “Mr Rock n’ Roll”, “Home” and “Let Me Love You”, I realise there is little point in trying to decide my favourite tracks as frankly, every track is getting highlighted! So simply put, I’d highly recommend that you give Junkyard Drive a listen and I’d encourage you to listen to “Electric Love” in its entirety as the artist intended you to  – this album is better than good, it’s a belter, there’s absolutely zero filler tracks here. Junkyard Drive are in my humble opinion, definitely a band on their ascendancy in the NWOCR scene, miss them, miss out, I’ve already added it to my top album choices of 2022.

I’d highly recommend that you give Junkyard Drive a listen and I’d encourage you to listen to “Electric Love” in its entirety as the artist intended you to  – this album is better than good, it’s a belter