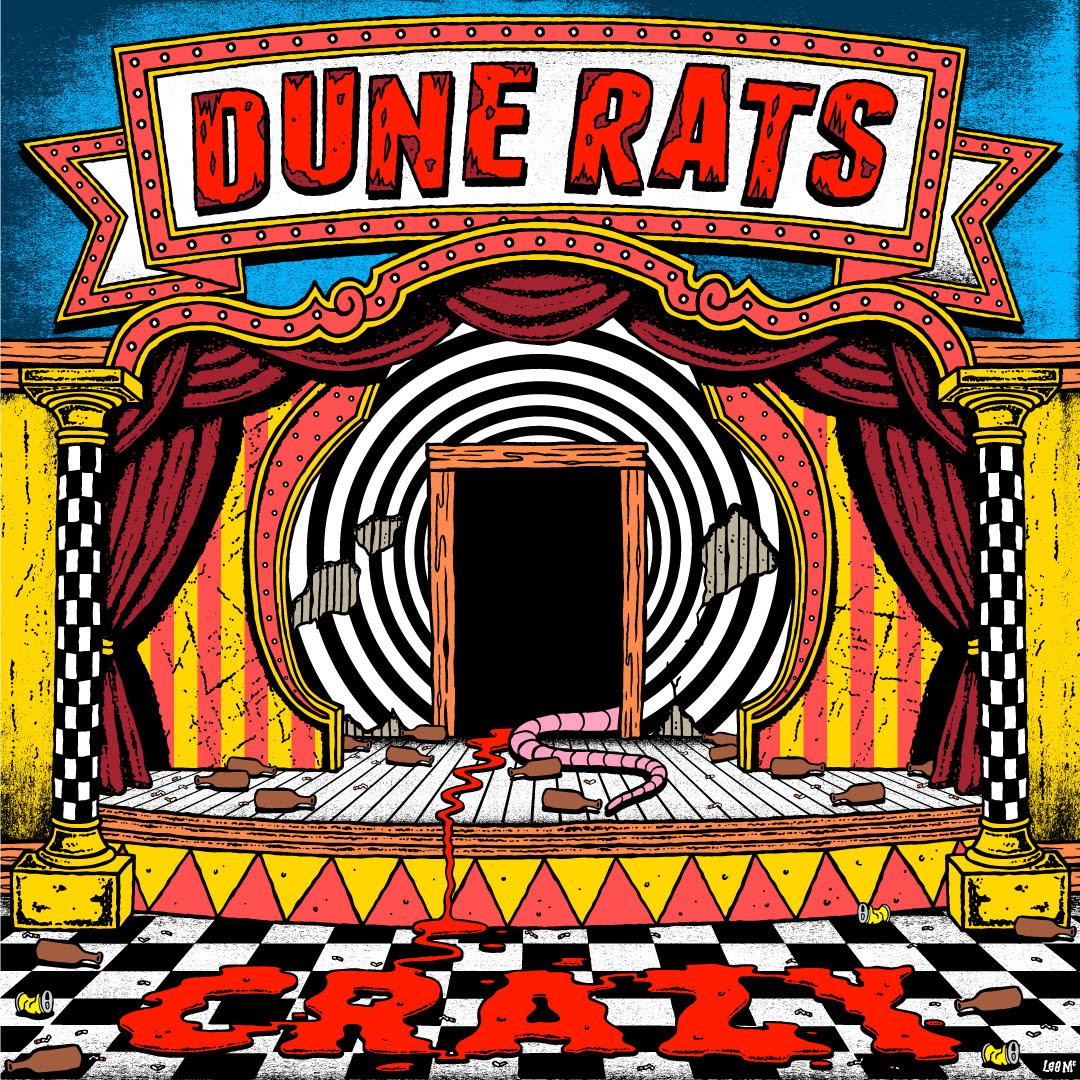 The brand new album ‘Hurry Up And Wait’, set for release on January 31st through Ratbag Records/BMG, pre-order – HERE

UK/European DUNE RATS tour in December, touring the USA and Canada in November with biggest ever shows in Australia also now announced

Australian 3 piece DUNE RATS can today unveil the brand new video for their new single ‘Crazy’, which is taken from their just announced, brand new, forthcoming studio album ‘Hurry Up And Wait’. The single is out now and was given its world exclusive premiere on Radio 1 with the Rock Show (Sunday 3rd Nov), listen back to the show – HERE

Watch the video for ‘Crazy’ – HERE

‘Hurry Up And Wait’ is a follow up to the 2017 Australian Number 1 album ‘The Kids Will Know Its Bullshit’, is set for release on January 31st 2020 through Ratbag Records/BMG

Of the new singe, the band say – “Crazy is one of our heavier songs that we wrote over in LA when we were surrounded by a lot of excess. Everyone is doing anything and everything because it’s available, whether it’s taking drugs, eating shitty food or being surrounded by technology. All this stuff at the end of the day, whilst awesome at the time, doesn’t leave you any better off even if it feels that way in the moment.”

Live wise, the band have already toured the UK this summer, as well as play at the 2000trees Festival near Cheltenham. They head off on a full US and Canada headline tour through November, will be at Split Milk Festival in Australia in December, touring UK through December and then their largest Australian headline shows to date next Jan/Feb 2020.

DUNE RATS ‘CRAZY’ (Official Music Video)
‘Hurry Up And Wait’ is available to pre-order now – HERE
‘Crazy’ is out today via Ratbag Records/BMG, buy/stream it – HERE