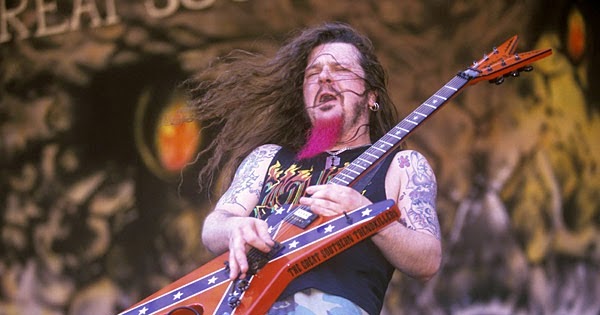 Dimebag Darrell was an American guitarist and songwriter best known as a founding member of two bands, Pantera and Damageplan, alongside his brother, Vinnie Paul. He is considered to be one of the driving forces behind groove metal.

On December 8, 2004, Abbott was shot onstage while performing with Damageplan at the Alrosa Villa in Columbus, Ohio. Moments into the band’s set, 25-year-old former marine, Nathan Gale, shot Abbott three times in the head, killing him instantly. Having fired a total of fifteen shots, Gale killed a total of four people while wounding seven others.