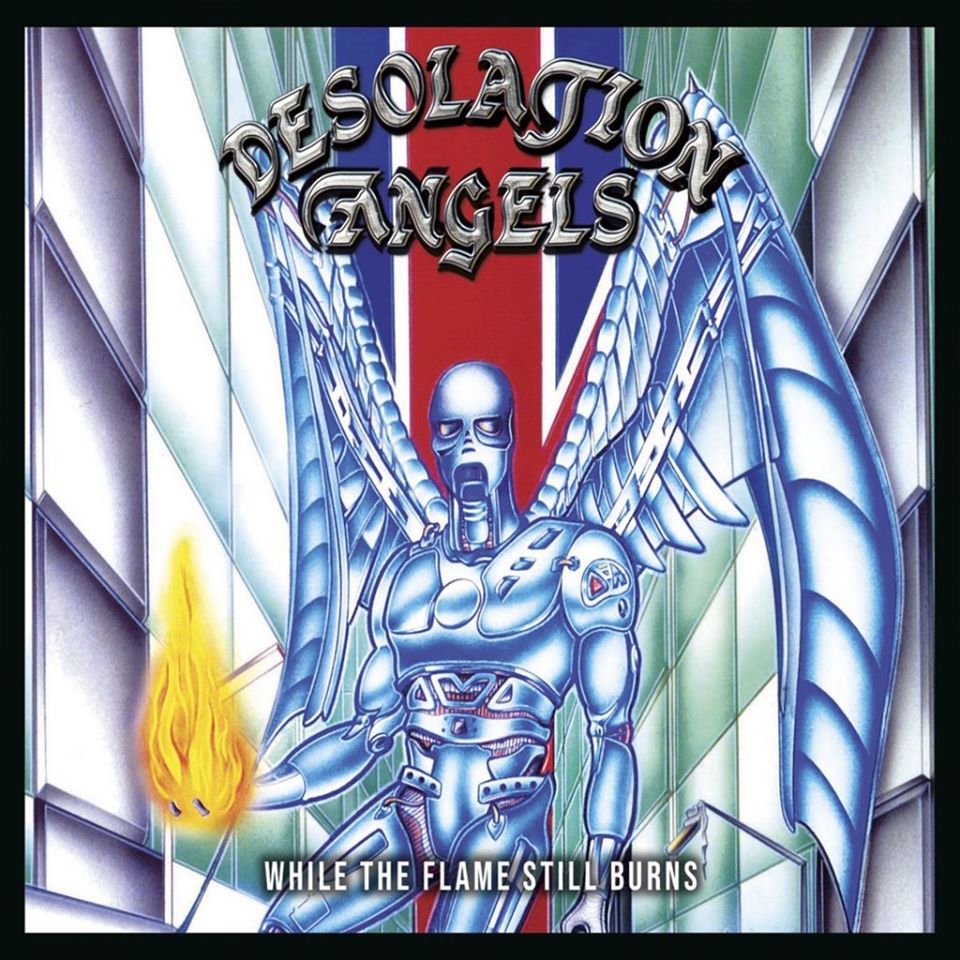 Back in 1981 two friends, both guitar players, formed a band and joined the ranks of the NWOBHM brigade. The friends were Robin Brancher and Keith Sharp and they called themselves Desolation Angels. A familiar history with so many bands, there were changes in the line up, splits and a lengthy period of non-existence. However, in 2012 the Angels, who were seen as one of the best live bands of their era, were reincarnated by Robin and Keith and the revival brought about new albums that delighted the faithful army of fans. This year 2020, the new album Burning Black, (which has been produced by Steve Grimmett) and the promotional tour are on hold, while we are in the grip of Coronavirus, but lo and behold, they have a cunning plan to keep us entertained. Back in 1990, when the guys were stationed in LA, they released ‘While The Flame Still Burns’ with Lee Addison flown in from the UK to provide vocals, Sam Willmore was recruited to play drums and Dave Scutt handled the bass. They have decided to re-issue this album, which was recorded, put on hold, re-worked and finally out over a year later. With 8 tracks and just short of 40 minutes in length, it is first on my agenda for today.

‘Only Time will Tell’ is typical of the NWOBHM era, racing guitars, plenty of menace with the vocals and it is a sturdy opening track. ’Soul of The City’ has more intricate whining guitar and Lee hits the highest of notes with an adhesive chorus. The title track is more earthy, the vocals are lower for a while and the pace drops. ‘I’m On Fire’ is quite the opposite of the previous song and breathes more life into the album, with killer attitude, stacks of screaming guitar and evocative lyrics. I like ‘Power Hungry’ a solid rocking number and the melodic stomp ‘Wings On My Heels’, while ‘Killer’ is more off the wall, having a power filled rhythm and off centre licks. The last number ‘Feels Like Thunder’ is a credible finish, it starts with a gentle breeze of chords and then delves into a massive guitar trip.

There is so much variety and such well penned music on this album, it really has stood the length of time and what a stroke of genius to re-release it. I hope the present crisis ends soon and restores normality, so the new album can be released and the tour rescheduled before the end of the year. I think the fact that the Desolation Angels have remained steadfast since 2012, says it all, got to be a band that deserves more credit, another back catalogue to add to the collection.

HIGHLIGHTS – While The Flame Burns , I’m On Fire , Feels Like Thunder.