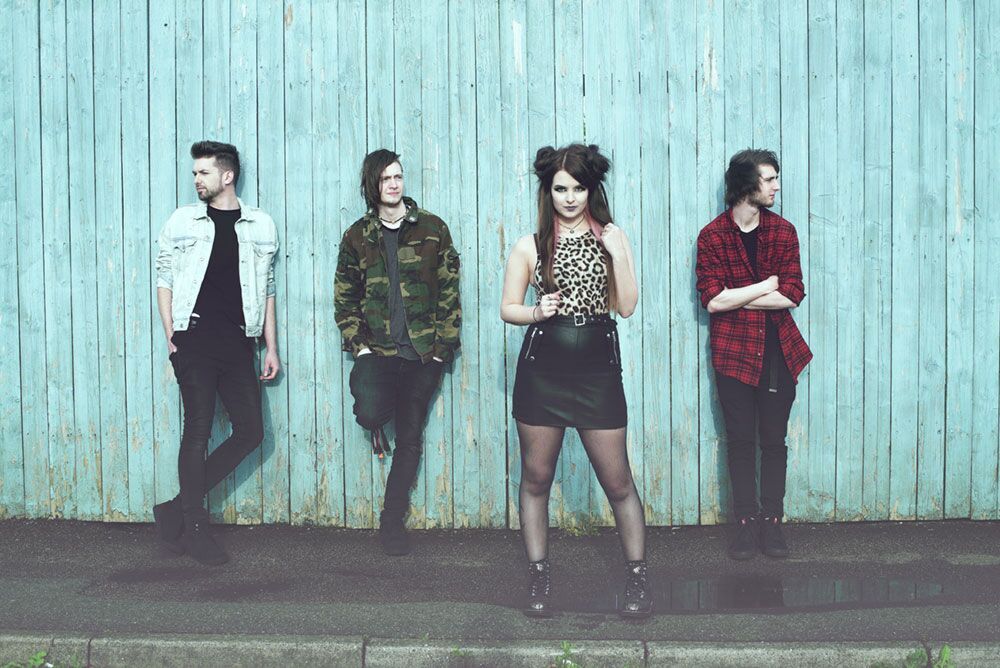 The true mark of any band is their ability to perform live and to give fans that special experience that they will always remember. Nottingham pop-rock act As December Falls have played the length and breadth of the country, and now due to phenomenal demand from their fans they have captured that energy in their first live album ‘Live at Rescue Rooms’.

Recorded at the prestigious Nottingham Rescue Rooms earlier in the year, this incredible live album captures the spirit of As December Falls as well as their commanding stage presence.

As December Falls comment: “As a completely independent band with no label support, no management and a hardworking DIY ethic, we really want the fans that can’t make our shows to still have that live experience. It’s also our way of saying goodbye to a lot of our old material since we’re working on our debut album which will be out next year! The Rescue Rooms show was our favourite show to date and our biggest headline show so far and we knew we had to share it with our fans.
We’re super proud to present our first live record from one of our favourite shows ever. We hope you love it as much as we do!”

As December Falls came crashing on to the scene late 2014. Instantly booked for Macmillan Festival and Tramlines Festival they also got support slots with the likes of Fearless Vampire Killers, Alvarez Kings, and William Beckett of The Academy Is. The release of their single ‘Capture‘ soon grabbed the attention of Scuzz TV, and was named as one of the “Best of the Underground 2015.”

The band soon gained momentum with the support of thousands of world-wide fans, which saw them hit the target to crowd fund their debut EP in under 48 hours. This enabled As December Falls to release their debut EP ‘When You Figure Out You’re Wrong, Get Back To Me‘. The lead single ‘Don’t Say A Word‘ was named Q Magazine’s track of the day, as well as being added to Alternative Press’s New Music Playlist and receiving radio plays on Kerrang! , Planet Rock and Awesome Radio.

Building on this, As December Falls released single ‘More To You‘ and played shows up and down the country, including a sold out show at the 450 capacity Nottingham Rescue Rooms. The band have just played Hampshire’s Lowde Fest, supporting ABC and are playing Macmillan Festival supporting Room 94 before taking a break to record their debut album. Check out the track ‘More to You’ here!

As December Falls are: