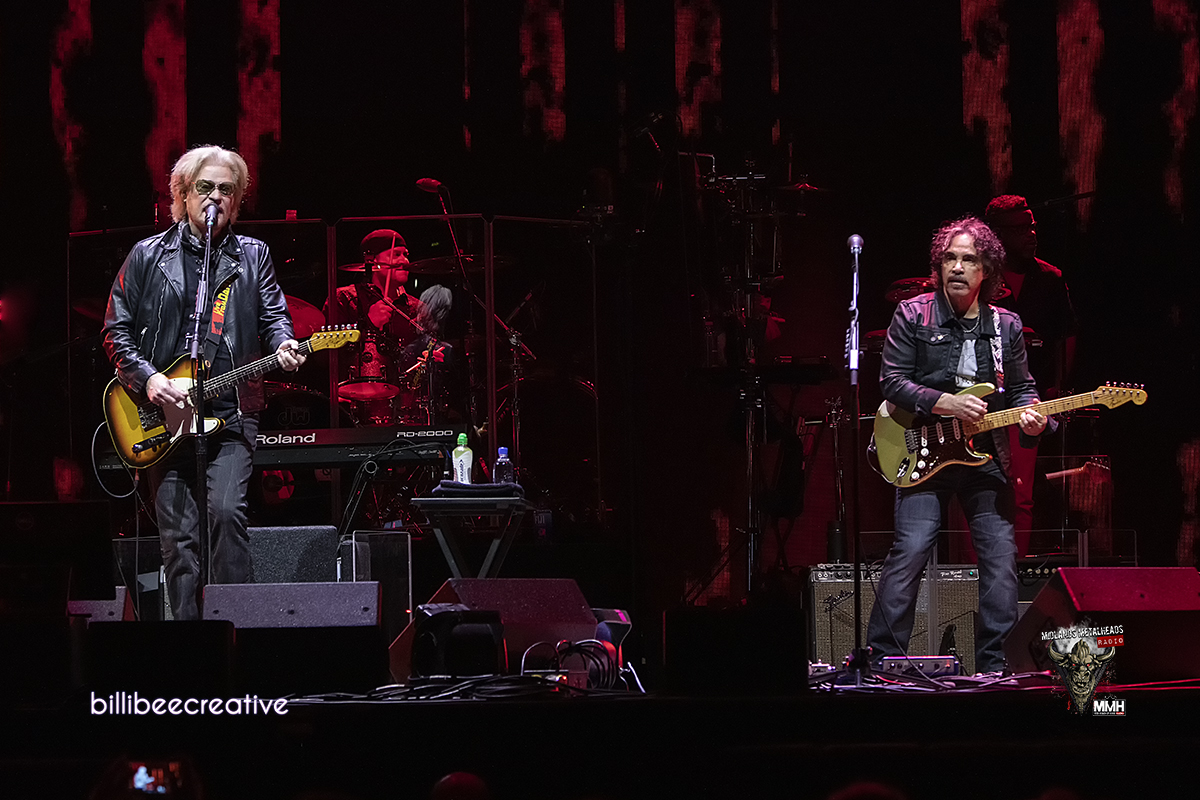 A somewhat reduced capacity Genting Arena welcomed KT Tunstall to the stage as support to Hall & Oates for this mini 4 date UK tour.  A performance to be proud of, she was the perfect warm up for the main performance to come.

Following a short break it was time for Hall & Oates.   A seated audience saw a few girls standing up to dance and everyone sang their hearts out to their first song, Maneater.  With a wide selection of hits from the 70s, 80s and 90s including Out of Touch, Method of Modern Love, I Can’t Go For That and She’s Gone, they could not go wrong, even welcoming the audience to hold up their lit up mobiles during one song.  Each song highlighted solos from both Hall and Oates and even their longstanding saxophonist, Charles DeChant played his part.  Guitarist, Shane Theriot also displayed his outstanding skills.

When you consider what they have achieved in 50 years of music together, it was not hard to see why they have such a following and such an amazing catalogue of singles and albums.

For a first night, it was an amazing night of music, a superbly polished performance and one which I will not forget in a hurry.