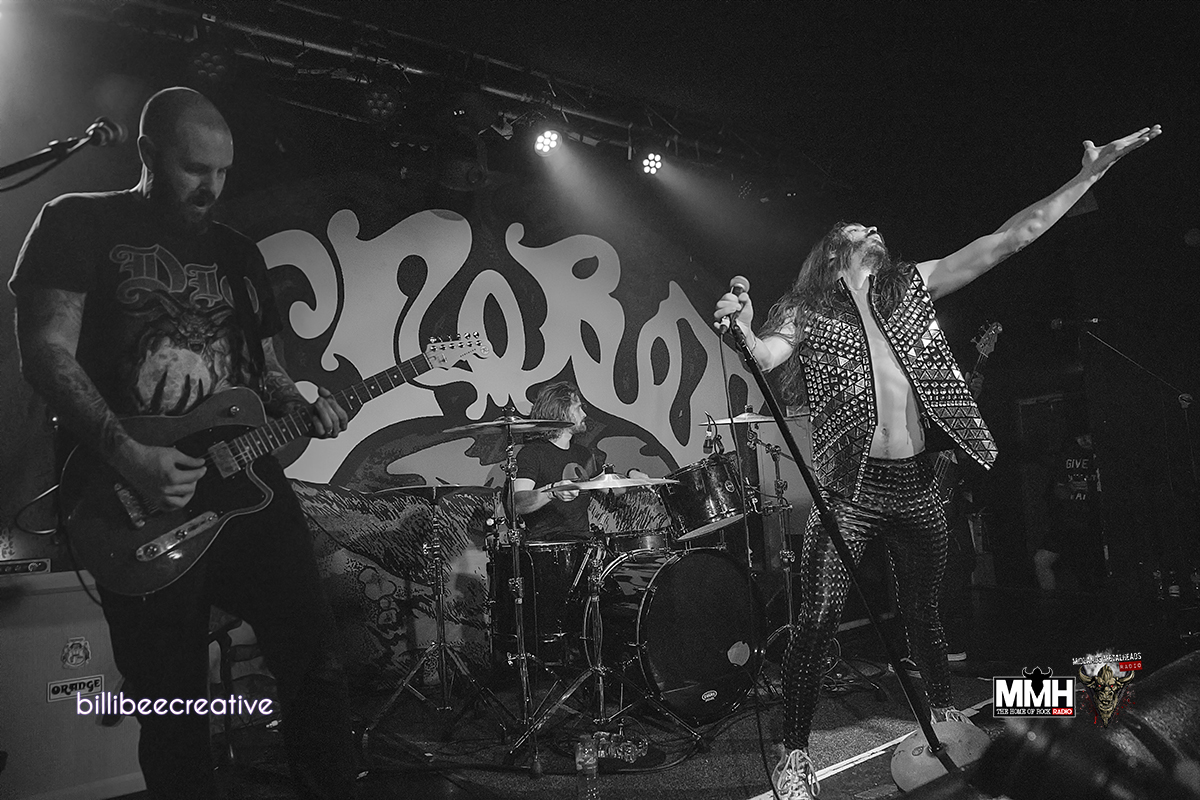 Yet another hot steamy evening but that did not deter fans for all three bands from travelling far and wide to experience a fantastic night of music in an air conditioned O2 Academy 3.

As always, challenging lighting made for a visual experience for the crowd.

First up were Liberty Lies who were showcasing some new tracks off their forthcoming as yet unnamed album produced by Romesh Dodangoda due out later in the year.  Envisaging a move to the next level, Liberty Lies released their heavier latest single called “United Nothing” on 19 July 2019 – https://www.youtube.com/watch?v=IqJYhRAITJ4 –  watch this space !

Wolf Jaw are in the middle of enjoying their current tour with Crobot and more so tonight as its their home gig.  With tunes like “City Lights”, “Hurricane” and “I Lose My Mind”, the faithful always follow these three guys.

American rock band Crobot played a selection of tracks including some off their new album “Motherbrain” due for release on 23 August 2019.  The crowd headbanging away to the likes of The Necromancer and Cloud Spiller but their latest single “Low Life” was the one for me – https://youtu.be/gPi_SaFsMf8.

MMH’s Adam Onslaught joined me for the evening and interviewed all three bands so look out for these coming up over the weekend !