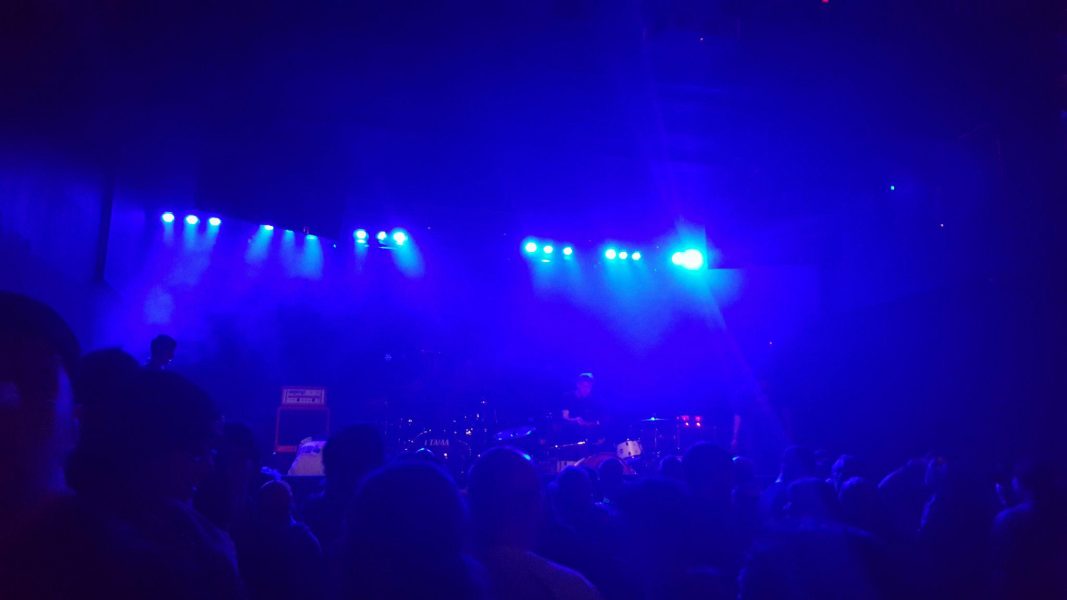 Chamber were peddling some meat and potatoes, breakdown focussed, metallic hardcore. This can be fun live, but on a bill with two of the most experimental bands in hardcore right now it sticks out like a sore thumb. They also lacked a bit of energy which would have greatly improved their performance. The highlight of this set was watching someone continue bouncing up and down while flailing his arms for a couple of seconds after the song finished. I would like to see Chamber without the audience being so irritating so I could judge them fairly.

Following this the room became utterly packed, leaving no room for anyone to flail their limbs around. As soon as ETS hit the stage the room went mental. Super positive vibes throughout, crazy high energy performances. The pit was ferocious throughout, everyone seemed to have a good time, rather than the 15 people who were having a good time at the expense of everyone else in Chamber’s set. There was raucous scream-alongs throughout the set. Even lead vocalist, Justine Jones, couldn’t maintain her intimidating glower through the whole set, often breaking into a delighted grin. The whole band was clearly really enjoying themselves as well. It’s always very impressive to see a band performing such technical music with really energetic performances. Another person at the gig put it best “Employed To Serve feel like the people’s band right now”. Any other night I would have expected ETS to steal the night but the hype around Code Orange as a live band left me expecting the night to be taken back by the headliners.

I’d like to preface this section by saying that Code Orange were great. Better than a majority of bands I’ve seen live. I’ve found myself coming across very negatively when writing this part, not because they played a bad show but because it didn’t live up to the astronomical hype surrounding them. ETS still stole the night but Code Orange weren’t far behind. Code Orange played some of the most exciting and experimental hardcore songs ever, to a really high degree of quality. However the performance had weakness that I wasn’t expecting from such an exciting band. If you’ve ever seen clips of Code Orange live you’ll be aware of the super high energy of both the bassist and guitarist. In the live setting this chaotic energy comes across as very over rehearsed. It doesn’t seem like they’re getting caught up in the music and going mental, it seems like they’re doing it because it’s what’s expected. It reminded me a little of watching Arch Enemy. Alissa from Arch Enemy is a consummate show person, but it’s clear that she’s hitting her marks that have been rehearsed and polished to death meaning it lacks authenticity. It felt the same with Code Orange to an extent. I was expecting it to be more spontaneous, perhaps with the odd mistake or accident. It was nowhere near as bad as with Arch Enemy, but it was still a little bit disappointing. The set list was setup slightly strangely. Both Real and Bleeding In The Blur came out very close to the start of the set. These two songs were highlights of the set and I was expecting the band to save them for a triumphant ending. That said the more melodic songs, Bleeding In The Blur and Only One Way, really stood out and sounded the best of all the songs they played. It’s left me super excited for where the band might go next. Even if their set was over shadowed by the brilliance of ETS, Code Orange still played a blinder of a show and I left very satisfied.