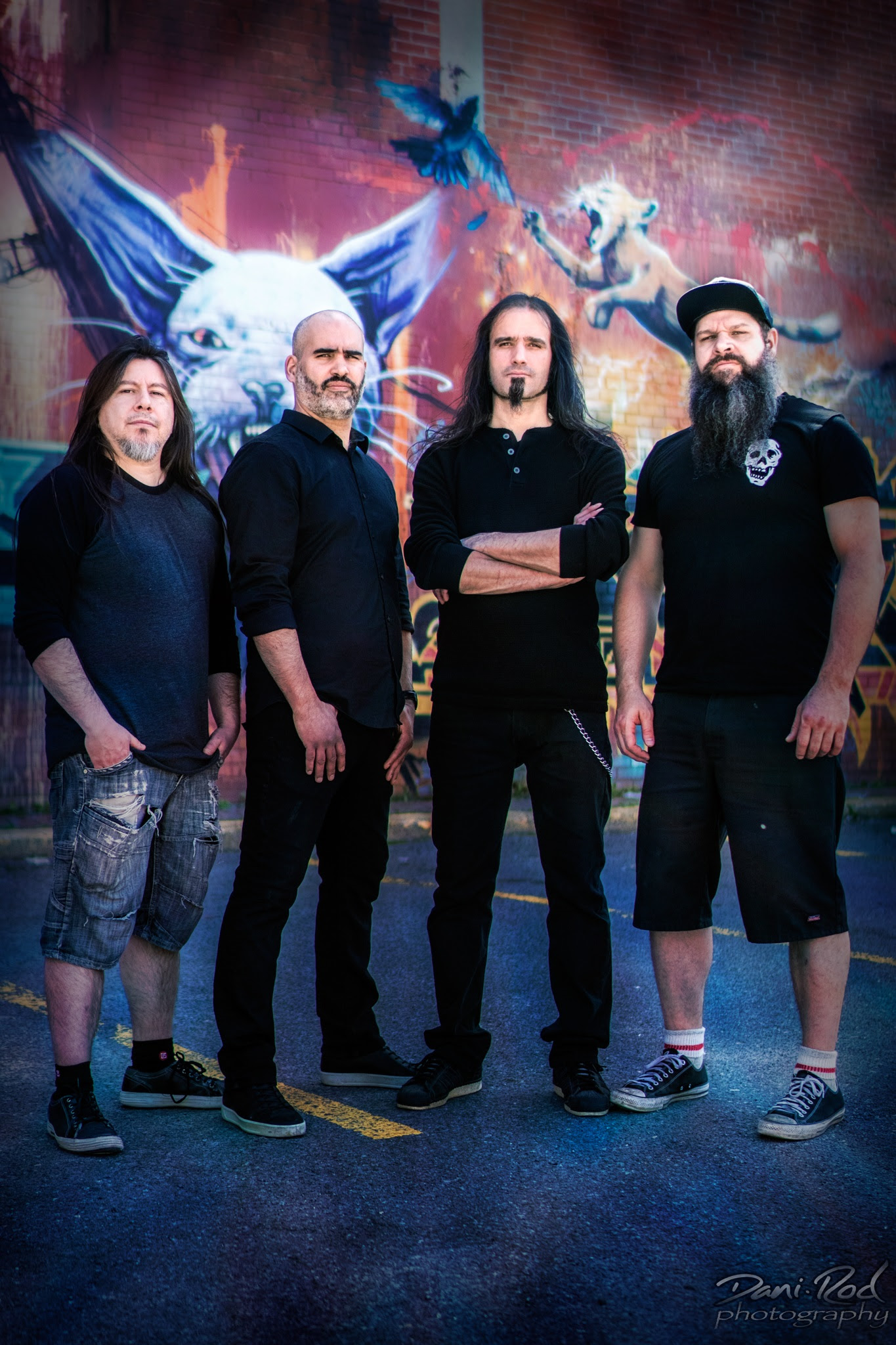 Canadian thrash legends Anonymus recently unleashed their 12th album “La Bestia” on June 12th via label Bam&co Heavy. Known for their discography of both French and English releases, “La Bestia” is their first full length that is completely in Spanish. You may be asking why a Spanish album? Well since 3/4 of the band speaks Spanish. Drummer Carlos Araya is Chilean born, and Oscar (Lead Vocals and Bass) and Dan Souto (Guitars and Backing Vocals) are sons of Spanish immigrants it was time to make one.

The band reveals the story behind the track:

“This song is about a real story that happened here in Quebec. A father lost his mind over jealousy and killed his two kids for revenge. A very very sad story and still the father says he is not criminally responsible has he declared not remembering anything of it. He became the beast while doing this irreversible act of violence. The whole story had quite an impact on the population who were outraged with the verdict.”

The tracks on “La Bestia” were produced mainly by guitarist Jef Fortin as well as Colin Richardson who also produced 1999’s ‘Instinct’ and Jean-Francois Dagenais (Kataklysm) who produced 2006’s ‘Chapter Chaos Begins’. The album also features the bilingual song “Violencia Versus Violence” with the participation of Carlos Maldos of Lethal Creation (MX) and Arno Dhenain Le Bourhis of Black Bomb A (FR) along with a second bilingual track “Tierra” with Marco Calliari singing in Italian.

With over 2.5 million streams on Spotify, Anonymus is showing no signs of slowing down. Fans of thrash metal standbys such as Slayer and Testament will no doubt be intrigued by this new offering.

Anonymus is a Canadian thrash metal band that explodes on stage with each presence, that pulls you in with its passion and that yells at you with corrosive and violent texts that will not leave anyone indifferent.

Since their first release in 1994, Anonymus has made its mark on the Quebec music scene. From the beginning, the group has been well received while demonstrating its brutal sound and technique that has continually evolved over the years. Oscar Souto (vocals, bass) Daniel Souto (guitar, vocals) Carlos Araya (drums), Jef Fortin (guitar since 2006) and Marco Calliari (vocals, guitar from 1994 to 2006) have since widely traveled the roads of their country, participated in the deprivation of Mononc’Serge and continue today to ignite stages everywhere they go. These veterans of the metal scene continue to proudly carry the torch after 20 years of chaos and barbaric music.

Forever hungry for metal, everyone in Anonymus brings ideas to the table. Sometimes it is a whole song or just the beginnings of one, yet together the band works to create a full thrashy anthem from the pieces, working on it until it is complete. The music always comes first, and when the ambiance is formulated, the lyrics, which come from a personal place and from current events, can be added.

Today, Anonymus does not need a presentation. This institution of the Quebec metal industry has been offering for twenty-six years, a passion for dark notes and unrivaled power. The offer is still valid. With more than 1500 career shows under their belt, Anonymus is completely in their element when performing in front of fans, they offer only their absolute best ensuring the crowd is moving. Having shared the stage with metal great such as Anthrax, Cannibal Corpse, and Kataklysm at festivals such as Heavy Montreal, Montebello, and through international tours, they are no strangers to a wild show.

ANONYMUS FOLLOWS ITS PATH, AGAINST ALL ODDS!