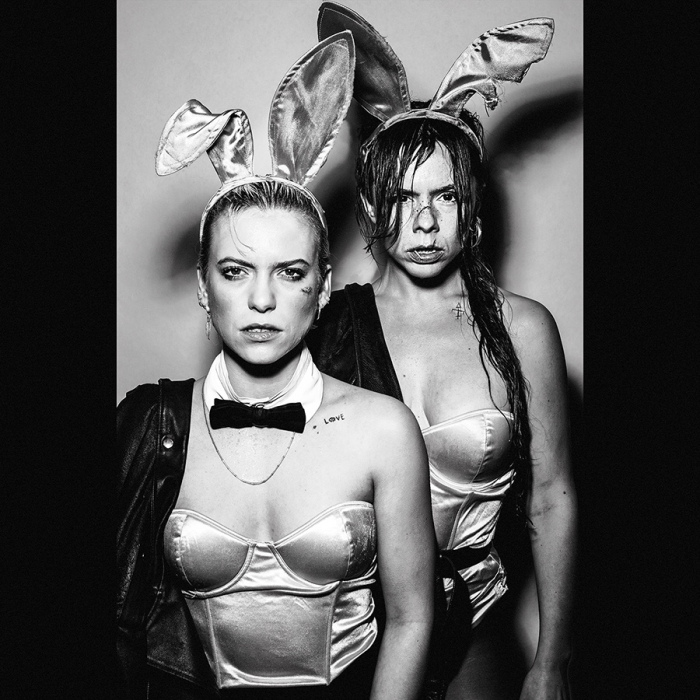 Using music as a medium for raging against the status quo is hardly a new concept. You can almost trace human injustice through the music produced at the time. Recent times are no exception, with no shortage of issues for artists to get their teeth stuck into. BONES UK have already been causing a stir by combining electronic and industrial tinged rock with unapologetic lyrics focusing on topics like sexism in the music industry, toxic masculinity and societies unhealthy beauty ideals. Along the way their music has featured on Netflix show ‘Orange is the New Black’ and has gained them high profile fans in Nikki Sixx and Jeff Beck. Now that their debut album is finally here, will it help or hinder their strong upwards trajectory?

Proceedings are opened by the hypnotic “Beautiful is Boring”. Lyrics that criticise the beauty industry encouraging the removal of imperfections are combined with thick, fuzzy riffs and droning bass notes that becomes almost trance like. It perfectly follows into “Filthy Freaks”, a track that celebrates and encourages people to embrace their imperfections with a catchy chorus, infectious rhythms and unashamedly brash lyrics.  Other songs take a much rawer and more vicious approach. “Pretty Waste” uses monotone chants to echo and rebuke the idea that women cannot be both attractive and clever, or feminine and tough: a refusal to be pigeon-holed by societies stereotypes. Similar notions are voiced in “Girls Can’t Play Guitar”, a sleazy blues powered track laying into men who put in place pre-determined notions of what a woman can and can’t do, delivered with a vocal line dripping with disdain and sarcasm.

For those after a heavier industrial edge, “Choke” ticks all the boxes. Heavy electronic beats underlay a riff that wouldn’t be out of place on a Rob Zombie or 3Teeth record. It may be slightly too melodic for purists, but it really highlights how BONES UK aren’t just making noise, they can craft a darn good hook as well. They pull a similar trick with a cover of David Bowie’s “I’m Afraid of Americans”, where they make it simultaneously heavier and more melodic than the original, all the while retaining the songs distinct unsettling mood. I suspect both Bowie and Trent Reznor (who collaborated a version of the original) would approve.

I’m honestly struggling to find any faults with BONES UK’s debut album. You could argue that some tracks are a little too one-dimensional to have any real staying power, and after living with the album for a couple more months I may agree with you. But for now, it is a thoroughly engaging electronic rock record that can veer between tenderness and fury at the flick of a switch. I suspect there will be those who say that their lyrical themes are just a symptom of the ‘snowflake’ generation that find issues where there are none. Whoever has that opinion knows right where to stick it. If you aren’t on the receiving end of the topics discussed, then you have little to no right to comment on how widespread they are, but there is no doubt that they exist, and it’s up to everyone to stamp them out. When you have a band like BONES UK targeting these issues with an uncompromising attitude and a clear aptitude for great song writing, it’s difficult to think who wouldn’t pay attention.

BONES UK is available out now via Sumerian Records and can be purchased here.