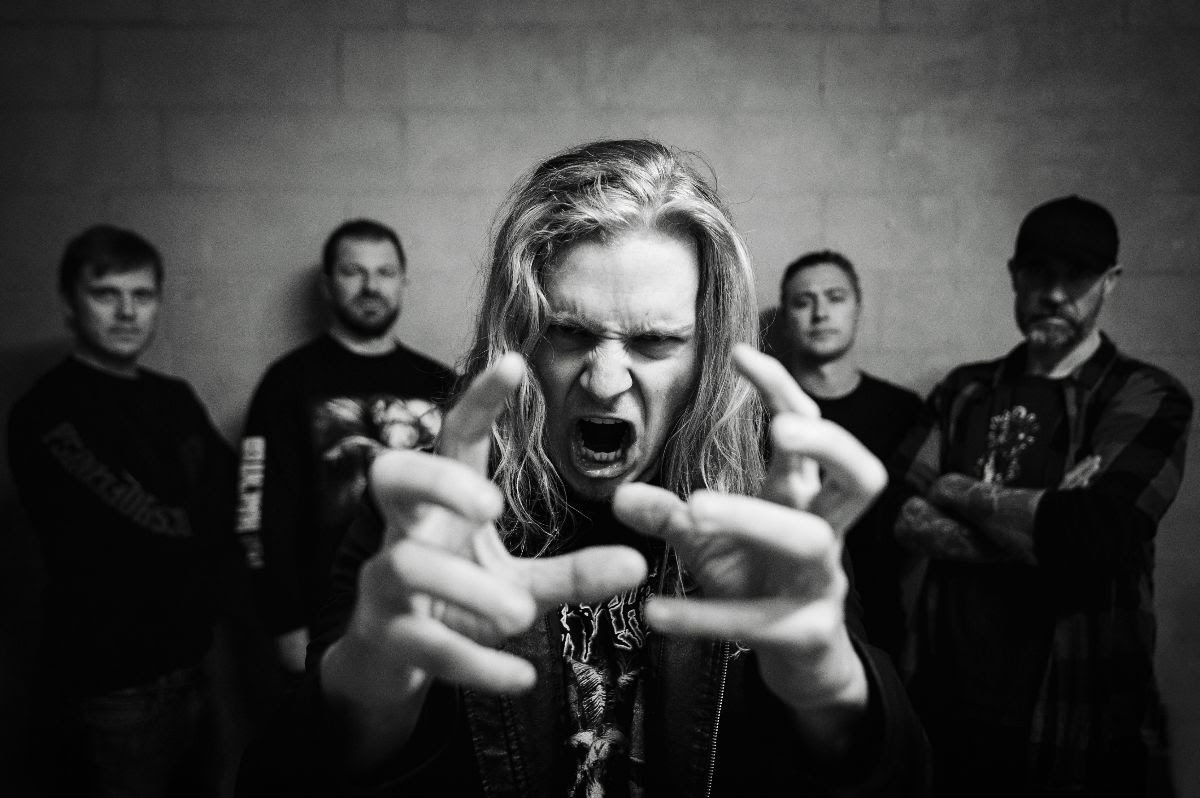 Denmark based death metal band BLOOD EAGLE released their second EP of 3 on October 15th via Nuclear Blast. Today the band offer fans a video visualizer of their song ‘Kill Your Tyrants’ off the EP. Watch the video here:

The band comments, “Here’s one of our favorite and best songs we’ve ever written! Well… all of them are good if we have to be the judges. Playing it is like sheer energy and it will feel like a kick in your teeth. Here’s some fast and dirty punkgrind called ‘Kill Your Tyrants’”

The album was produced, engineered, mixed and mastered by Tue Madsen at Antfarm Studios. All artwork was created by Rune Stigart. The final EP for ‘To Ride In Blood & Bathe In Greed’ will be released on November 22nd.

The band comments, “We are honoured to have signed with one of the world’s leading record labels, Nuclear Blast Records! The excitement level of BLOOD EAGLE finally finding the right home to release new material, is higher for us than we can ever express. There are people who want to hear this band, as was evident in the reaction to our performances on multiple European festivals in the last couple of years. We are excited and grateful to be working with the guys at Nuclear Blast, as they strongly will help facilitate and take the EAGLE to the next level.

On a musical note, we took all our inspirations from NAPALM DEATH, BOLT THROWER, MORBID ANGEL and a tad (like 2%) of MASTODON and threw them into the musical cooking pot. The result is our new release, »To Ride In Blood & Bathe In Greed« which will be released as three EP’s in September, October and November. Out on Nuclear Blast Records.”

Order ‘To Ride In Blood & Bathe In Greed’ – Part I and II digitally now: bloodeagle.lnk.to/ToRideInBlood

Listen to the band’s new tracks in the NB New Releases Playlists:

More on ‘To Ride In Blood & Bathe In Greed’:
‘Doctrine Of Death‘ (LYRIC VIDEO):

‘Feed On The Blood Of Man’ (OFFICIAL VISUALIZER): https://www.youtube.com/watch?v=MRI8omrnxHI

BLOOD EAGLE is a death metal band comprised of former members of VOLBEAT, MNEMIC, HATESPHERE, ILLDISPOSED and RAUNCHY, founded by two ex-guitarists, Franz Hellboss and Mircea Gabriel Eftemie (formerly of VOLBEAT and MNEMIC). After playing for years in their own respective bands, the two guitarists decided to team up and consolidate their passion for punk, grind and death metal alongside their best friends and touring partners. The band surfaced and raised traction for the very first time in 2013, by releasing a 3-song EP for free download, recorded at the Antfarm Studios with Tue Madsen (MESHUGGAH, BEHEMOTH, THE HAUNTED) at the helm. Playing select shows and festival appearances, the band kept writing material but never released it to the masses, until five years later.

So what do you get when you throw NAPALM DEATH, BOLT THROWER, MORBID ANGEL and a  dash of MASTODON into a musical cooking pot? The answer is; BLOOD EAGLE. Glorified by the metal media as a Danish “supergroup” consisting of metal veterans, according to the band there is nothing super about it, other than their good friendship and love for old school death metal. BLOOD EAGLE is an unstoppable force, launching their long-awaited debut album in three parts: ‘To Ride In Blood & Bathe In Greed’ I, II, III via NUCLEAR BLAST RECORDS.

‘To Ride In Blood & Bathe In Greed’ track-listing: