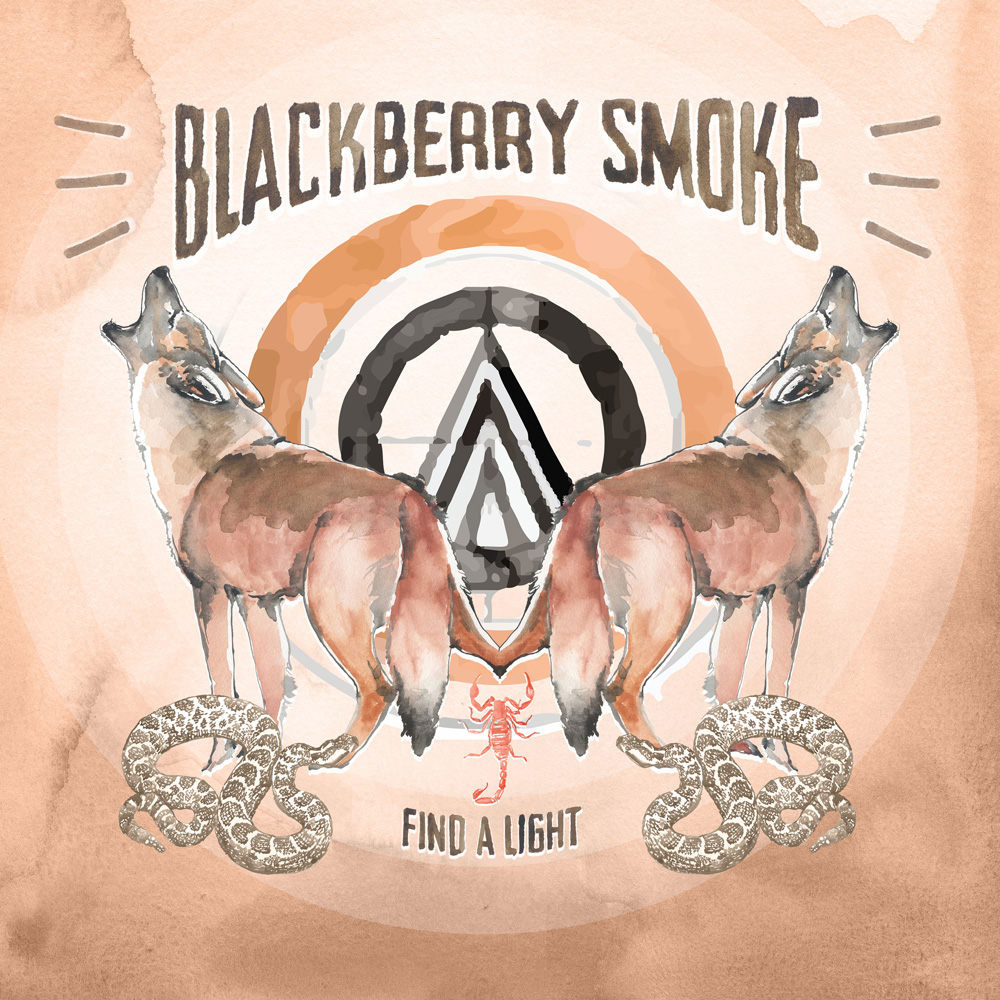 BLACKBERRY SMOKE‘s sixth studio album, ‘Find A Light’ is set for release on 6th April via Earache and is available for pre-order from today here.  Check out the album’s lead track, “Flesh And Bone” here.

About the collection, Starr tells us, “The new album is a melting pot of BLACKBERRY SMOKE music with a wide range of sound and emotion.  I think it’s our most inspired work yet.”  As is their modus operandi, the band are set to spend most of the year on the road in support of ‘Find A Light’ (these road dogs often play upward of 250 shows a year), with their first UK appearance of 2018 set for Ramblin’ Man Fair in July.

‘Find A Light’ follows on from 2016’s critically acclaimed ‘Like An Arrow’, which debuted at #8 on the UK’s Official Album Chart (as well as #12 on the US Billboard 200 and #1 on Billboard’s Americana and Country charts).  The ‘Like An Arrow’ cycle also saw the band appear on BBC TV’s flagship music show, Later… with Jools Holland.

In addition to their work as musicians, BLACKBERRY SMOKE remain heavily committed to charitable work and have raised almost $200,000 to benefit children’s cancer research.