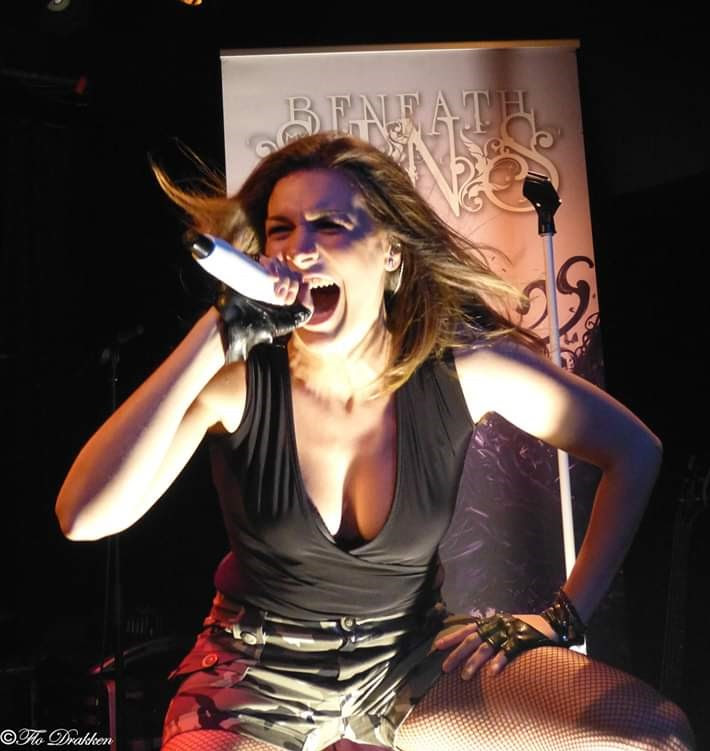 Emma is currently in the studio, recording for the new album wonderfully combining rock and operatic vocals, watch her announcement video, here: https://youtu.be/tj5LdLZmKMI

The new Vivaldi Metal Project album will not only feature classical masterworks by Vivaldi, but the works of other great composers such as Albinoni, Brahms, Chopin, Mozart, Bach, Fauré, Schubert, Saint-Saens, Dvorak, Beethoven, and more. While based on classical themes, these songs will be largely composed of original material, representative of Vivaldi Metal Project’s symphonic-metal style.

Get more information on Vivaldi Metal Project at
https://www.vivaldimetalproject.com

Just recently, BENEATH MY SINS released the first single and official video for ‘Your Muse’, Feat. Niklas Müller on growls and Fabio D’Amore on bass. The single taken from their new album “I Decide” coming out on March 20th, via Pride & Joy Music. Watch the video here: https://youtu.be/1zYEHw4Fdac

The cover artwork was created by Eddy Talpo.

In April, BENEATH MY SINS will tour UK with TEZAURA & SERPENTYNE. See the confirmed dates below.

Get all the tour + show details here: https://www.facebook.com/pg/beneathmysins/events/

BENEATH MY SINS is a French symphonic metal band created in December 2015 by the guitarist Clement Botz and the singer Emma Elvaston. Former members of Evolvent, they have together taken their first steps in the metal scene and in the musical composition. In March 2017, BENEATH MY SINS released their first album “Valkyries of Modern Times”, promoted during shows in Belgium with Skeptical Minds and during two European tours shared with the Russian thrash metal band, Pokerface. Quickly perceived as the emerging symphonic metal band of the French scene, BENEATH MY SINS had the opportunity to tour with the famous Canadian Kobra And the Lotus during their stay in France in June 2018 and Imperial Age in 2019. In September 2018, the band got in contact with Fabio D’Amore, bassist from Serenity. After a few meetings and discussions they all agreed that he would provides his services as a producer to the band. Thanks to this collaboration, the band was able to record under professional conditions and to work with famous names of the music business. Many talented guests such as Matteo Sisti from Eluveitie, Melissa Bonny from Ad Infinitum, Michele Guaitoli from Temperance and Visions of Atlantis and Fabio Lethien Polo from Elvenking also joined the ship for one or more songs. The album, entitled “I Decide” will come out on March 20th via Pride & Joy Music.