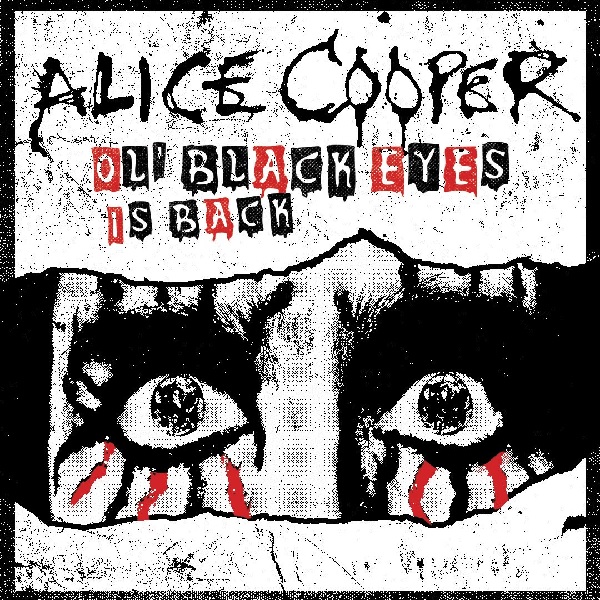 With a 50+ year career and a discography 27 albums deep, Alice Cooper has mustered more than his fair share of hits (and occasional misses). Having amassed enough classics and setlist staples to cover two shows, it can be difficult for the deep cuts to get a look in (although Alice does his best to play one or two per tour). With such a vast arsenal of material at his disposal, there’s a number of great songs that have never graced the stage. By no means an exhaustive list, here’s our pick of ten such tracks, some of which we hope could find their way into Alice’s set in the future.

With School’s Out, the Alice Cooper group really broadened their horizons after their previous two albums showed their aptitude for producing stunning hard rock. “Blue Turk” is one of its most adventurous cuts; a jazzy number anchored around the strut of Dennis Dunaway’s groovy bassline and Neal Smith’s loose beat. Effortlessly cool, “Blue Turk” is an example of just how talented the original band line up was.

Roger’s Moore’s second outing as James Bond is generally considered a let down, with the theme song one of the major points of derision… but how different that could have been. Written with the film in mind, the band absolutely nail the Bond vibe with a series of cutting riffs and a frantic horn section – close your eyes and it’s not hard to imagine hearing it over one of Maurice Binder’s iconic title sequences.

Alice developed a knack for writing great ballads in the mid ‘70s, and “Wake Me Gently” is one of the best. A stirring, piano led journey through an enticing dream world fraught with peril, the string section in the coda is a thing of true beauty. “I Never Cry” tends to get the plaudits from this record, but this is equally as good.

As close to a spiritual experience as you’ll get with an Alice Cooper song, “My God” closes out the wildly uneven Lace and Whiskey in grandiose fashion. Weaving choral elements and church organs with sublime guitar work, it is a unique entry in the Coop canon, and one that never gets enough credit.

The Special Forces iteration of the Alice character was one of the most intimidating, donning military attire and spitting forth lyrics with an authoritative snarl. His domineering demeanour meshes perfectly with the razor sharp riffing and forceful drums, making for a particularly potent and focused effort at a time when Alice’s life was anything but. Bits and pieces of the track were played on occasion on the supporting tour, but never the entire song.

A cult favourite, “Pass the Gun Around” is a harrowing account of desolation and hopelessness that some speculate was the aural manifestation of Alice’s near fatal cocaine addiction. That an album as coherent as Dada was made under such substance abuse was impressive, and this is its crown jewel. Worth hearing for the breathtaking guitar work alone (courtesy of the late Dick Wagner).

Bearing a similarity to Marilyn Manson’s mid ‘90s hit “The Beautiful People”, Alice tells the tale of an Orwellian dystopia over tight, mechanical rhythms and blaring guitars. Much of Brutal Planet’s lyrical matter is still relevant today, and the theme of a faceless, autonomous existence under intense scrutiny seemed to foreshadow the rise of technology and surveillance in modern life.

Although Eyes was a deliberately gritty collection of songs, it still managed to have an abundance of sugary melodies to make them a little more palatable to the ear. This track finds the perfect balance between the two paradigms, with the sweet guitar motif and delectable vocal hook in the chorus making it a sure fire winner.

An amalgamation of moaning guitar licks and acoustic chords, “Six Hours” finds Alice serenading a nameless character about an impending, unknown event. A reserved, laidback affair that perfectly encapsulates the peaceful acceptance of inevitable doom, the explosive solo that closes the song is one of the finest moments of Ryan Roxie’s tenure as Alice’s right hand axe man.

A reworked version of a track from Dennis Dunaway’s Bones from the Yard record, “A Runaway Train” is a rip roaring ride that is everything the title promises. A bubbling rocker that is always on the verge of going off the rails, it is one of three songs from the album that saw the remaining members of the original group reunited on a studio recording for the first time since 1973. Vince Gill also guests, doing a fine job on lead guitar.

You can find tickets to Alice Cooper’s tour here.