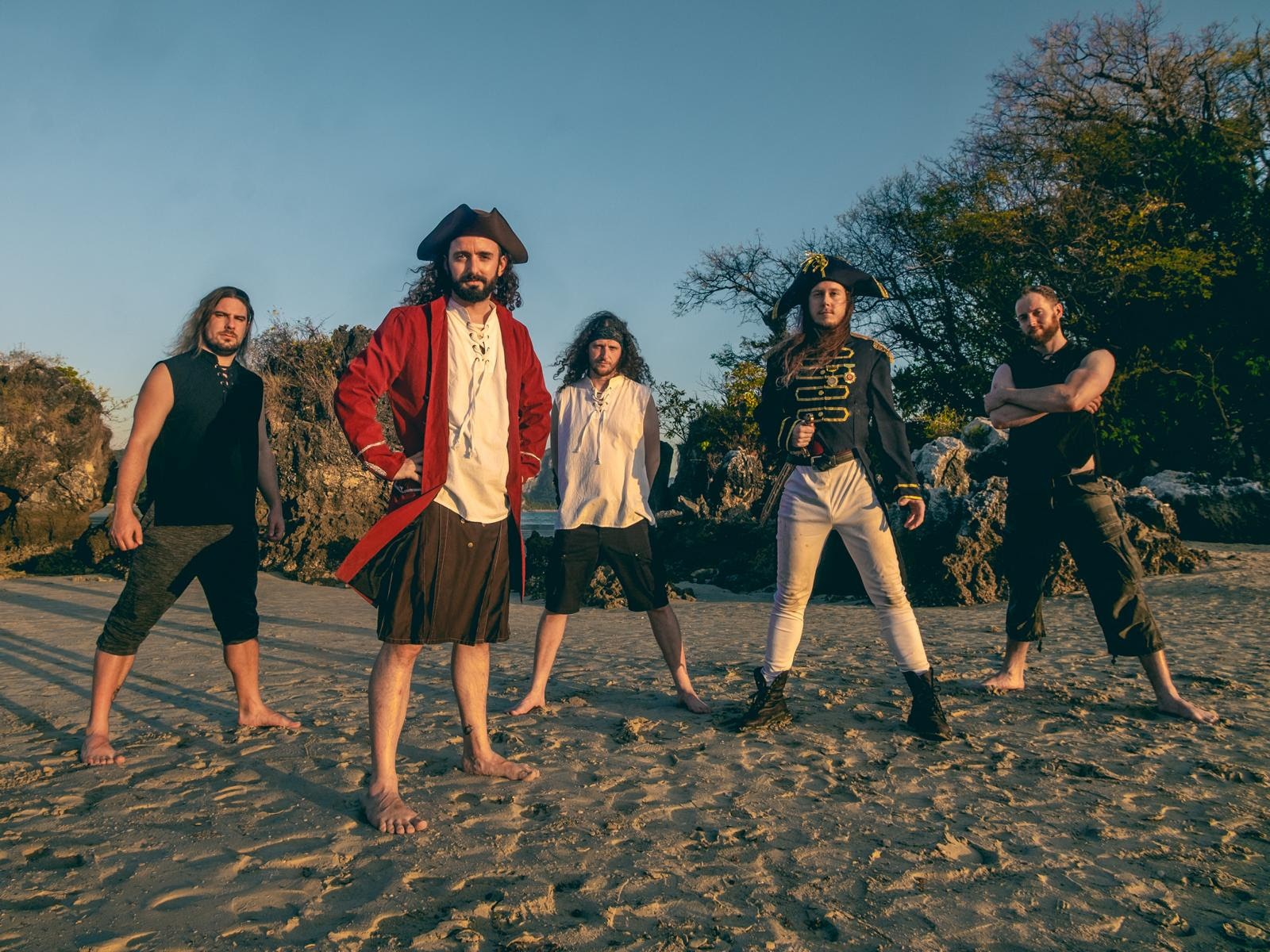 Order The New Album,
Curse of the Crystal Coconut, NOW!

The notorious Pirate Kings ALESTORM hit the worldwide charts with their long-awaited long-player Curse Of The Crystal Coconut. Now the time has come to unleash the fourth video off the new album, “Shit Boat (No Fans)”. The animated masterpiece takes you straight onto the worst pirate ship you could possibly imagine – and ALESTORM takes no prisoners!

“Shit Boat (No Fans)” is about 75 seconds of music that will be stuck in your head forever. It’s pure hedonism and unadulterated fun – a trademark ALESTORM tune!

ALESTORM on “Shit Boat (No Fans)”:
“Oh wow, everyone knows that short songs are the best songs, so naturally we had to make a music video for the shortest song on our album. This animation was put together by the lovely people at RMIT University in Melbourne, and it features all the classic elements of an ALESTORM video: Magical Girl transformations, giant Hungarian men dropping turds on your garden, rubber ducks, and crudely drawn cartoon penises. Enjoy!”

Producer Aaron McLoughlin on the video:
“Yeah, the pandemic has been tough on everyone, but it’s going to take a helluva lot more than that to stop RMIT Animation students from drawing pirates. The video took 17 weeks to complete and lecturer Simon Norton did an awesome job producing and directing it under quarantine. Each team member worked from home to create the most epic swashbuckling pirate adventure you’re likely to see this year!”

The “Pirate Metal Drinking Crew” is back to show all the filthy landlubbers what they’re made of. ALESTORM’s sixth long-player, Curse of the Crystal Coconut, features eleven tracks presented in ALESTORM’s signature unadulterated, chaotic fashion. Adding to that are guest performances from musical greats like Ally Storch of SUBWAY TO SALLY (violin on the entire album) and Captain Yarrface of RUMAHOY!
A must-have, riff-laden anthem at any party, “Treasure Chest Party Quest” takes the listener onto a journey into the depths of the darkest taverns of “Tortuga” and Christopher Bowes’ unique sense of humor. The smashing, lively track “Chomp Chomp”, featuring vocals of Vreth of FINNTROLL, may make you never want to enter the open waters again, but will definitely entice you to dance along with its addictive melodies. “Pirate Metal Drinking Crew” is yet another foot-stomping anthem on the album that excels with a catchy rhythm and indelible hook. Be careful to not anger the great pirate Scurvy, or he might just unleash the Curse Of The Crystal Coconut with the brutal riffs of the “Pirate’s Scorn” upon you.
Whether the album makes you want to grab a fresh coconut and sip it or open up a nice bottle of beer – it will definitely lead to a wild piratical escapade. For the extra-adventurous pirates amongst you, ALESTORM have released a 2-CD Mediabook with ground-breaking 16th century interpretations of the songs. Be sure to get yours.