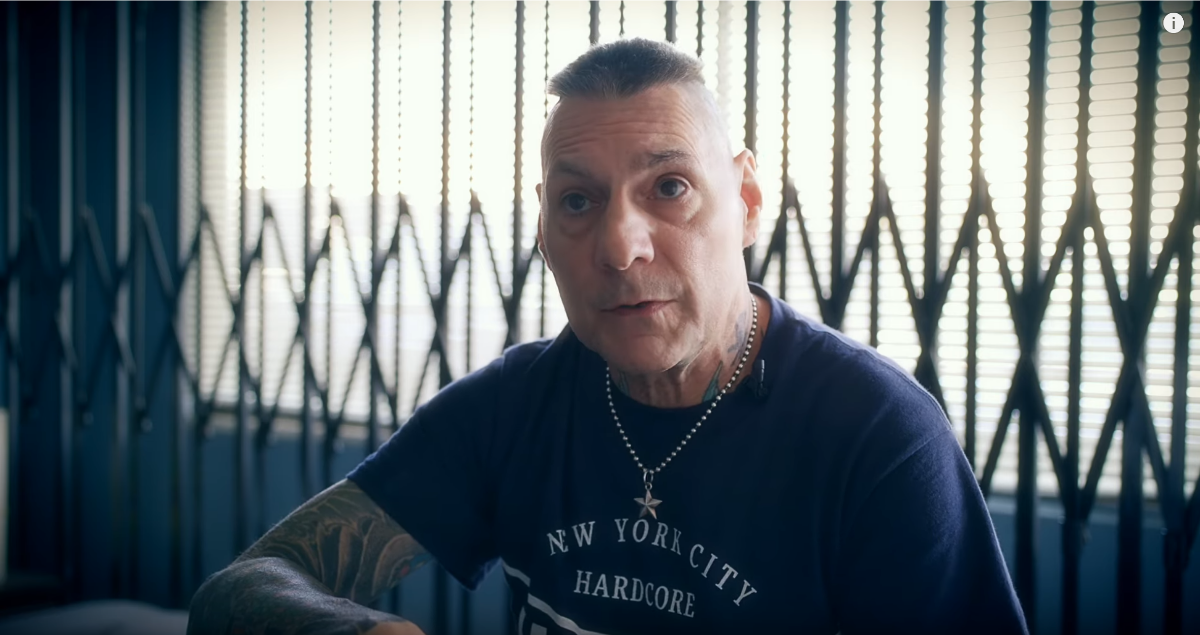 Order GET LOUD! in the format of your choice here: nuclearblast.com/agnosticfront-getloud

Watch the official video for ‘I Remember’, which showcases Roger and Vinnie’s start with the band:

Roger Miret comments, “Probably the most important song on Get Loud!, ‘I Remember’ is such a super personal track reminiscing on me and Vinnie putting the AF and NYHC stamp on the map! Looking back at it, I feel like this song could have been the title track to the Godfathers Of Hardcore documentary. We chose to call on our friends and family for the videography and photography to paint that magical picture of our glory days. Today, tomorrow, forever!”

GET LOUD! was produced by Roger Miret while long time friend Paul Miner handled the recording, mixing and mastering of the record at Buzzbomb Studio in Orange, CA. For the artwork, the band returned to 1986’s Cause For Alarm​ artist Sean Taggart. It features the iconic CFA​ characters combined with a modern freshness

GET LOUD! is compiled of 14 tracks that are nothing short of classic, home grown, New York Hardcore, but still includes some thrashy and punky variety.

Watch the band discuss the meaning of the album title and song topics:

Watch the band discuss the album artwork by Sean Taggart:

The legendary NYHC pioneers were recently confirmed to play the 2020 instalment of the renowned Persistence Tour alongside fellow genre veterans GORILLA BISCUITS.

The band will also tour the UK and Ireland in November in support of the 35th anniversary of debut album Victim In Pain.

Roger Miret and Vinnie Stigma are lynchpins of New York Hardcore (NYHC), and their band AGNOSTIC FRONT played a key role in defining, shaping and establishing the sound and cultural code of conduct for the still-thriving movement. Unlike the dozens of bands that have come and gone, leaving their indelible footprint along the way, AGNOSTIC FRONT are still going strong, 11 studio albums into their 30-plus year career.

In a landscape of increasing apathy and complacency, the messages AGNOSTIC FRONT present are as relevant today as they were in the ‘80s when the band members were impoverished, scrappy and ambitious, often fighting for their very survival as well as the perseverance of their volatile but highly inspirational band.

Roger and Vinnie remain the very embodiment of hardcore, representing endurance, perseverance, brotherhood, strength against oppression and the will to keep going, obstacles be damned. AGNOSTIC FRONT exist on a level all their own…a level of their own creation.

AGNOSTIC FRONT’s latest album, The American Dream Died, was released a little over 4 years ago, in April 2015, via Nuclear Blast Records.