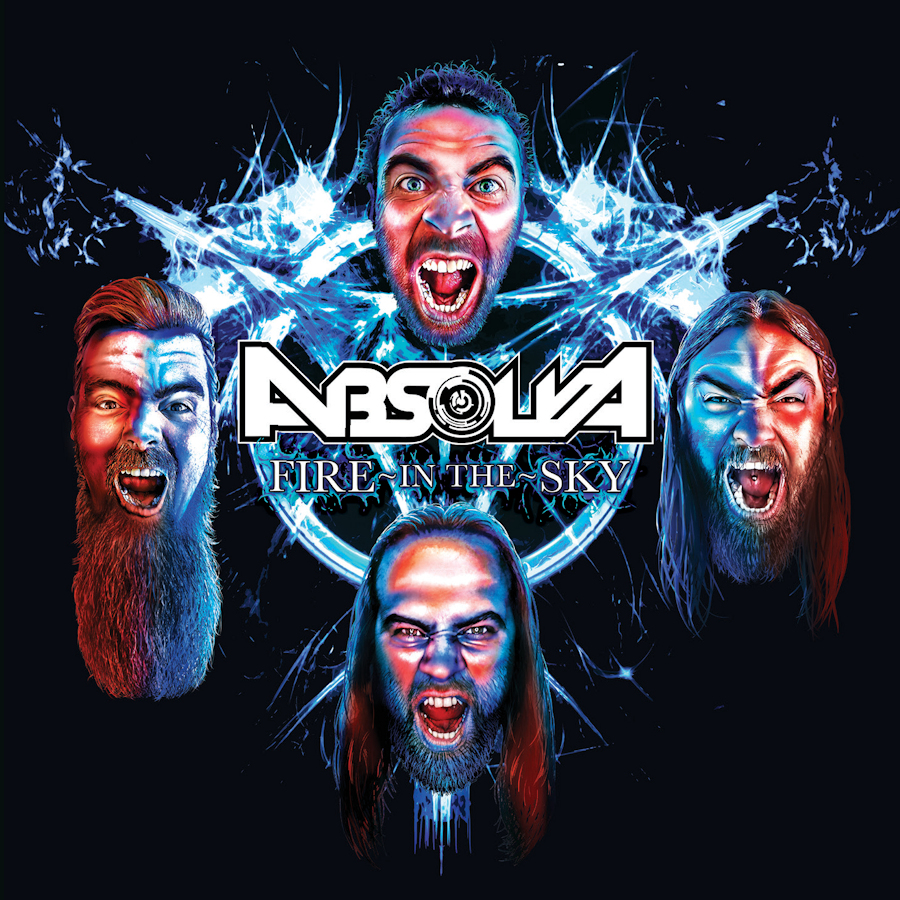 This is the 6th album release by Absolva, UK band formed in 2012, who have a fine pedigree of studio albums, plus a live recording,‘Beyond Live’.

Absolva most recently rocked the house down at Hammerfest, Birmingham 12 February, for their own set and then returned to the stage to play with Blaze Bayley, (Wolfsbane 1984-1994, Iron Maiden’s lead singer 1994-99, followed by a successful solo career) this band is indisputably talented and rightly claiming their place in the heavy metal establishment with riffs and melodic vocals, you’ll be hard pressed not to find something you like on this latest album, which tackles some darker subjects such as ‘Addiction’ and effects of the global pandemic in ‘Historic Year’.

Watch the video for the title track here https://youtu.be/i5Binj_d7jk

Frontman Christopher Appleton has this to say “Absolva is usually known for the positive themes in our lyrics, yet this time we’ve been drawn toward some darker issues. The pandemic was a rough ride for most people and I personally found it difficult to take, with a mix of effects on my life. Like so many people we suffered the pain of losing a very good friend to the virus and then more generally the negative effects on our music industry as a whole were obviously really bad.”We are all more than aware of the impact of Covid-19 on the music industry as a whole, and upon us as music fans who couldn’t get our ‘fix’ of seeing bands live – I hope this album is an a sign of things moving in a more positive direction and that gigs become a more regular feature rather than a rarity.

Guitarist Luke Appleton adds… “I don’t have words to describe just how good it was to actually get out on tour. The tour was not without mis-hap – both our manager and Blaze himself caught the virus part-way through, and we had a crash in the band van on the final weekend of the tour, yet ultimately across the tour we were grateful to only have to cancel one show due to Covid-19. The bulldog spirit shines through!”

The song styles and quality of the musicianship has clear influences from the likes of Iron Maiden, Thin Lizzy, but the talent is all right there

Personal stand out tracks ‘’Addiction” touches a personal nerve as I have seen a very good friend fall into this trap for a relatively brief time, years ago now, but still the fight goes on every day to stay clean, (“I am letting you go, here on my own, I can still taste it, I am still craving”), ‘Burn Inside’ (“the fire burns inside, hope will burn inside” – the positive energy emanating on this track invigorates on even a grey, stormy February day!), ‘Galloglaigh’ which has sublime riffs and the closing track, ‘Refuse to Die’, which captures the essence of live music played from the heart to us rockers, standing appreciatively in our local venue of choice hoping for some release at the end of a hard-working week.

Absolva are very much here to stay in the metal genre and ‘Fire in the Sky’ confirms they’re spirit remains intact, they are hungry for wider success, in short it’s absolute metal perfection, a classic in their repertoire, turn it up and treat yourself to what is surely, one of the defining albums of 2022.

Live shows the band plays in the UK  at Pentre Fest (N.Wales) on 26th February, plus Rockin’ The Bowl festival (Sheffield) on 11th September.

In Europe festival appearances are booked for Metal Magic (Denmark) on 7th July and Mannried Open Air (Switzerland) on 12thAugust.

Further European shows (approx. 40) are under review for March – May with promoters and venues, depending on travel and health restrictions

Absolva with ‘Fire in the Sky’ confirms their spirit remains intact, they are hungry for wider success, in short it’s absolute metal perfection, a classic in their repertoire, turn it up and treat yourself to what is surely, one of the defining albums of 2022.